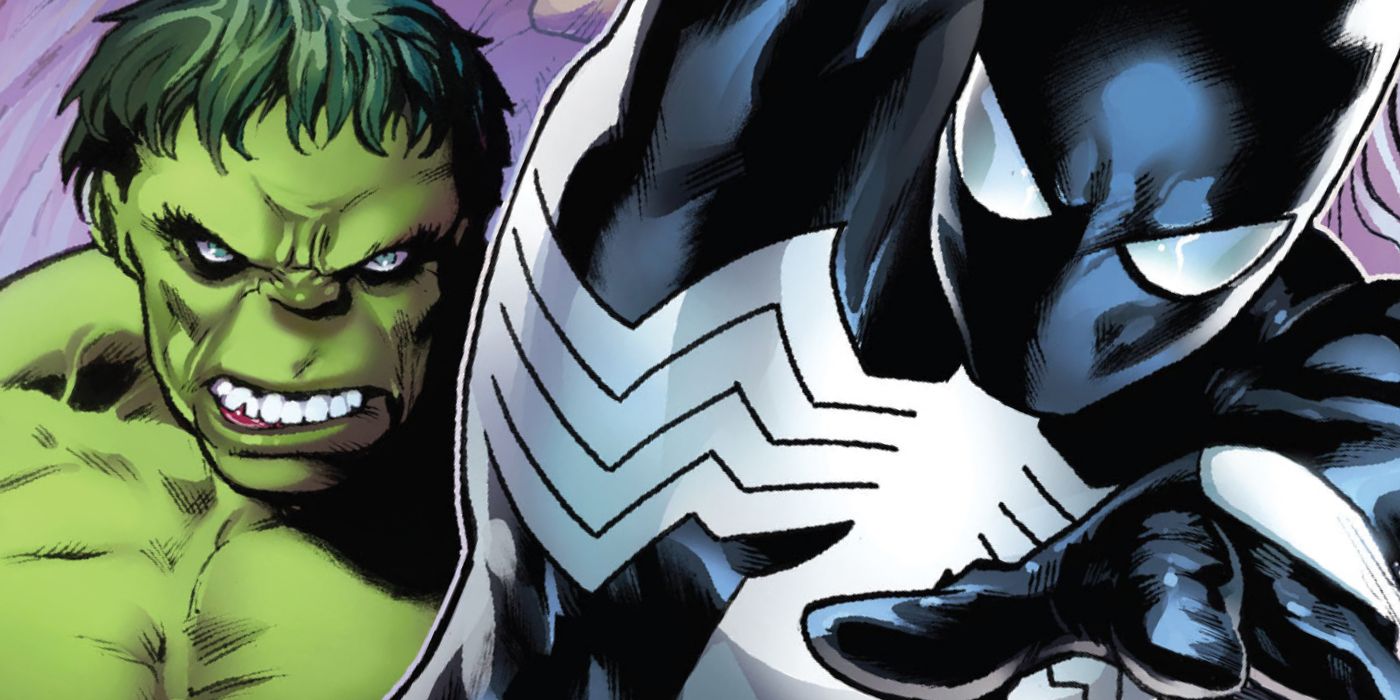 Peter Parker’s life has set the stage for some of the greatest stories in the Marvel Universe, including the iconic saga of Spider-Man and his symbiote suit. Now Symbiote Spider-Man: Crossroads #1, by Peter David, Greg Land, Jay Leisten, Frank D’Armata, and VC’s Joe Sabino, has provided a glimpse at a new chapter of that story. When saving the day goes wrong, the wall-crawler is miraculously reunited with the Hulk, who isn’t particularly pleased to see the wall-crawler.

Spider-Man was already on a roll after stopping an attempted presidential assassination by the Chameleon, but he couldn’t pass up the chance to foil a big robbery when Black Cat approached him with a hot tip. Together, they foiled the plans of the third-rate sorcerer known as Moondark, although he was not their worst problem of the night. As it turns out, Moondark was only working on behalf of the Asgardian sorceress Karnilla, who proved to be much more of a threat. Karnilla effortlessly opens a rift to another dimension that Spider-Man cannot escape, and on the other side he winds up face-to-face with the Incredible Hulk.

While it might seem like another Avenger is exactly who Spider-Man would want to see in his moment of need, things weren’t so amicable between the Hulk and the rest of Earth’s Mightiest Heroes during the time in which this story takes place. While this is the same era in which Peter Parker was wearing his symbiote suit, it was also the era that saw the Hulk exiled far from away from the rest of the Marvel Universe by his own closest allies.

After being driven into a blind fury by the demon Nightmare, one so great that even the combined efforts of the Avengers could not quell it, the heroes turned to drastic measures. In 1984’s Incredible Hulk #300 by Bill Mantlo and Sal Buscema, the Hulk was sent hurtling through the veil of reality by Doctor Strange only to end up in the Crossroads. This nexus point between various alien worlds was the Hulk’s prison for over a year, and there is little chance that he had any intention of forgiving one of the heroes who had slighted him during that time.

Spider-Man could be staring down one of the rougher fights of his life if he can’t convince the Hulk not to crush him where he stands, although that is not his only problem. As the Hulk has discovered firsthand, the Crossroads themselves are treacherous terrain. The infinite, reality-defying nature of the Crossroads makes them hazardous to traverse and nearly impossible to escape.

This coupled with the various threats posed by the myriad number of realms connected to them makes merely being present in the Crossroads a grave concern. With any luck Spider-Man will find his way home soon, assuming he survives his pending encounter with the Hulk.

KEEP READING: Spider-Man: How Peter Parker Hid the Secret Behind the Vulture’s Creation

Demon Slayer: Kimetsu no Yaiba’s Entertainment District Arc to Air From December 5!
Venom: Let There Be Carnage Motion Poster Shows an Epic Symbiote Battle
Boruto & 9 Other Anime Where The Torch Is Passed To The Next Generation
Star Wars: Knights of the Old Republic Is Coming to Nintendo Switch
10 Marvel Weapons More Powerful Than The Infinity Stones | CBR