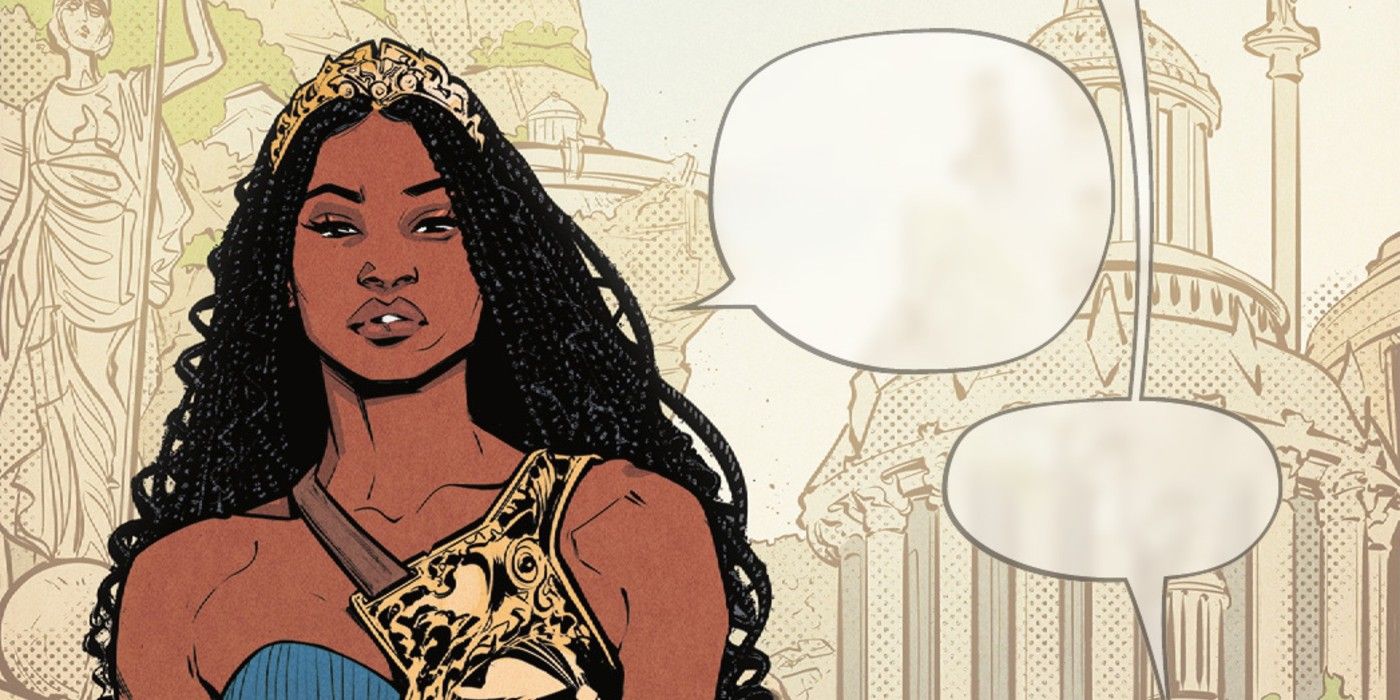 A hero, especially Wonder Woman, can be many things at once.

Alitha Martinez, the artist of Nubia & the Amazons, explained during the virtual DC Wonder Women: Wonder Woman Across the Multiverse panel at Comic-Con@Home why it was important DC’s newest Wonder Woman be both powerful and sexy. “I said, what does a hero like this need?” said Martinez. “What was classic to these heroes that we don’t see with black characters at all? What’s classic to them is the big hair, number one. We need the flowing locs. We need to see a powerful yet sexy woman. I’ve noticed that we either get a powerful woman and she’s unbeautiful, or we get a hypersexualized woman. Can’t we meet somewhere in this happy middle and get that hero look?”

Nubia and The Amazons, written by Stephanie Williams and Vita Ayala, is a standalone title that follows Nubia as queen of Themyscira, the first character of color to hold that title. The story will explore Nubia in-depth, as well as the challenges that come with being Queen of the Amazons.

Nubia was created by Robert Kanigher and Don Heck and first appeared in 1973 for Wonder Woman #204. She appears in the issue as a rival to Diana with the intent to battle her in the arena for the official title of Wonder Woman. Of course, it was later revealed that Nubia was under the influence of Diana’s greatest villain: Ares.

Over the years, Nubia’s story has changed and evolved like many superheroes — in some versions, she is Diana’s sister, in others, she is another Wonder Woman (i.e., Wonder Woman of the Floating Islands). In 1999, for example, she returned as N’ubia, an Amazonian warrior tasked with guarding the entrance to the underworld.

Nubia was one of many characters reborn as part of DC Future State, a two-month publishing initiative that began in Jan. 2021 that explored all the possible futures for the DC Universe and the legacies of popular DC characters. Nubia was one of two stories in the Future State: Immortal Wonder Woman storyline, written by L.L. McKinney and drawn by Martinez.

DC Future State also saw the debut of a Brazilian Wonder Woman named Yara Flor, who has taken up the title in the absence of Princess Diana.

Emily Zogbi is a writer from New York and a News Editor at CBR. While she holds a Master of Fine Arts in poetry, Emily mostly enjoys talking at length about the MCU and why the 2009 animated Wonder Woman movie is the best. She wishes she had been a dancer. You can follow Emily on Twitter at @emilyrosezombie.