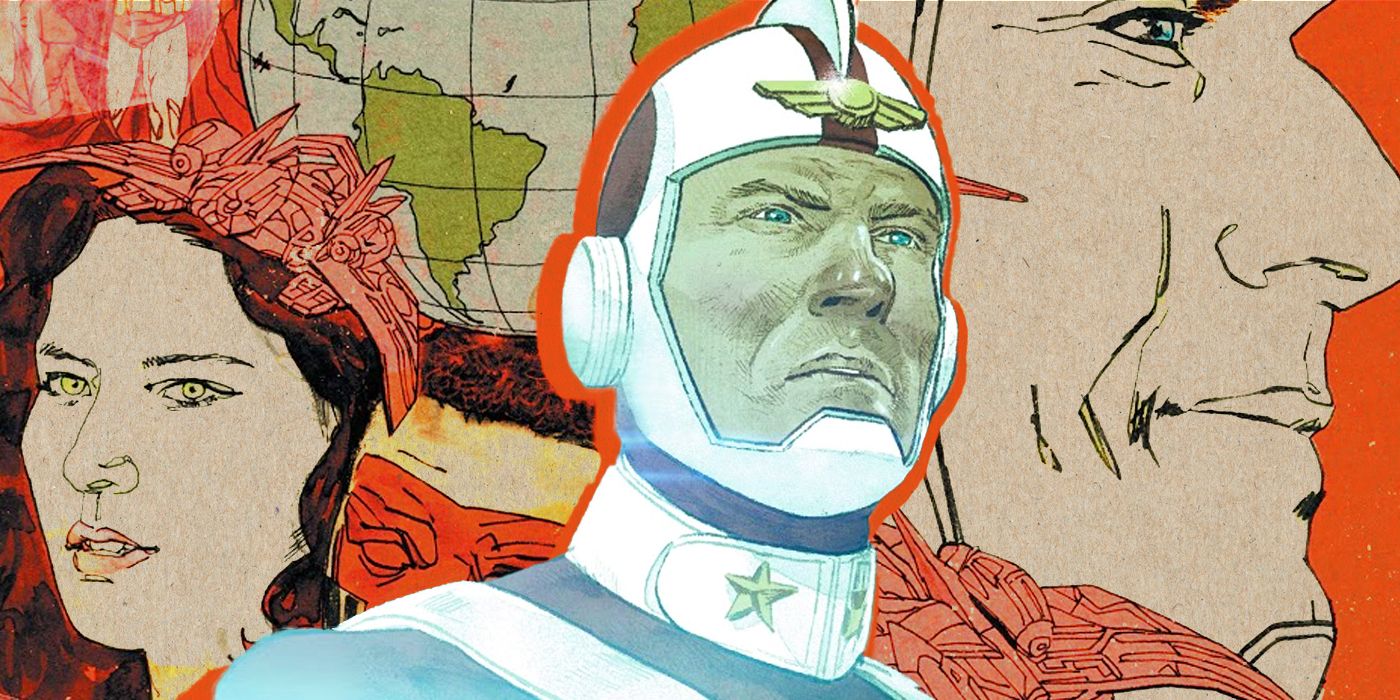 WARNING: The following contains spoilers for Strange Adventures #11, on sale now from DC.

Over the course of Strange Adventures, Adam Strange has had his spacefaring legacy closely examined and steadily picked apart as he faced heightened scrutiny from a murder investigation and a look at what exactly Strange did to incur an extraterrestrial attack on Earth that forced the Justice League to rally together and stem the assault. And with Strange’s reputation in tatters and his past rapidly catching up to him, a confrontation at home with his wife over the true story regarding their daughter’s fate quickly escalates and turns bloody as Adam himself is shot and apparently killed.

Strange Adventures #11 — by Tom King, Mitch Gerads, Evan “Doc” Shaner and Clayton Cowles — has its its present-day sequences entirely within the Strange household for a tense conversation between Adam and Alanna. After realizing that their daughter Aleea is still alive, despite Adam’s public statements about his wartime activities on Rann, Alanna demands to learn where Aleea is located. Growing desperately unhinged as the argument goes off the rails, Adam draws his signature laser pistol on his own wife to get her to stand down. Obviously, this reckless move and overtly controlling threat fails to defuse the situation and, in the ensuing scuffle, Adam is shot and appears to be killed by his own gun.

Created by Julius Schwartz and Murphy Anderson in 1958’s Showcase #17, Adam Strange was among the more prominently cosmic heroes being added to the DC Universe, alongside Green Lantern and the Martian Manhunter. Serving as the Justice League’s liaison to the wider cosmos, Strange became a fixture for the team in the Silver and Bronze Age. Over the years, Adam married the Rannian princess Alanna and the couple had a daughter in Aleea, dividing their time between Earth and Rann as they raised their daughter and defended the cosmos.

It is important that the current volume of Strange Adventures is published through DC’s mature reader-oriented imprint DC Black Label, with the vast majority of these titles taking place outside of the continuity of the main DCU. A much more conventional iteration of Adam Strange appeared during the tail end of the DC Rebirth era, speaking with Superman as his son helped found the United Planets and the Man of Steel grappled with coming clean publicly regarding his secret identity. With that in mind, the more noble Adam Strange is likely alive and well in the DCU as it moves deeper into the Infinite Frontier era, with the events of Strange Adventures and Adam’s status as a genocidal war criminal on the other side of the universe taking place on another world entirely.

Ever since Mister Terrific began investigating Adam Strange for his suspected role in a grisly murder, Adam’s account on what he did back on Rann and the fate of his family was quickly deemed to be patently untrue. And in keeping secrets from his own wife regarding their daughter, the sins of Adam Strange’s past appear to have taken an especially bloody turn as Alanna, the one person who stayed by his side, has turned against him. Strange Adventures has always been about tracking the consequence from telling a grand lie and, with Adam’s most personal lie finally exposed, the spacefaring superhero appears to have just paid the ultimate price.