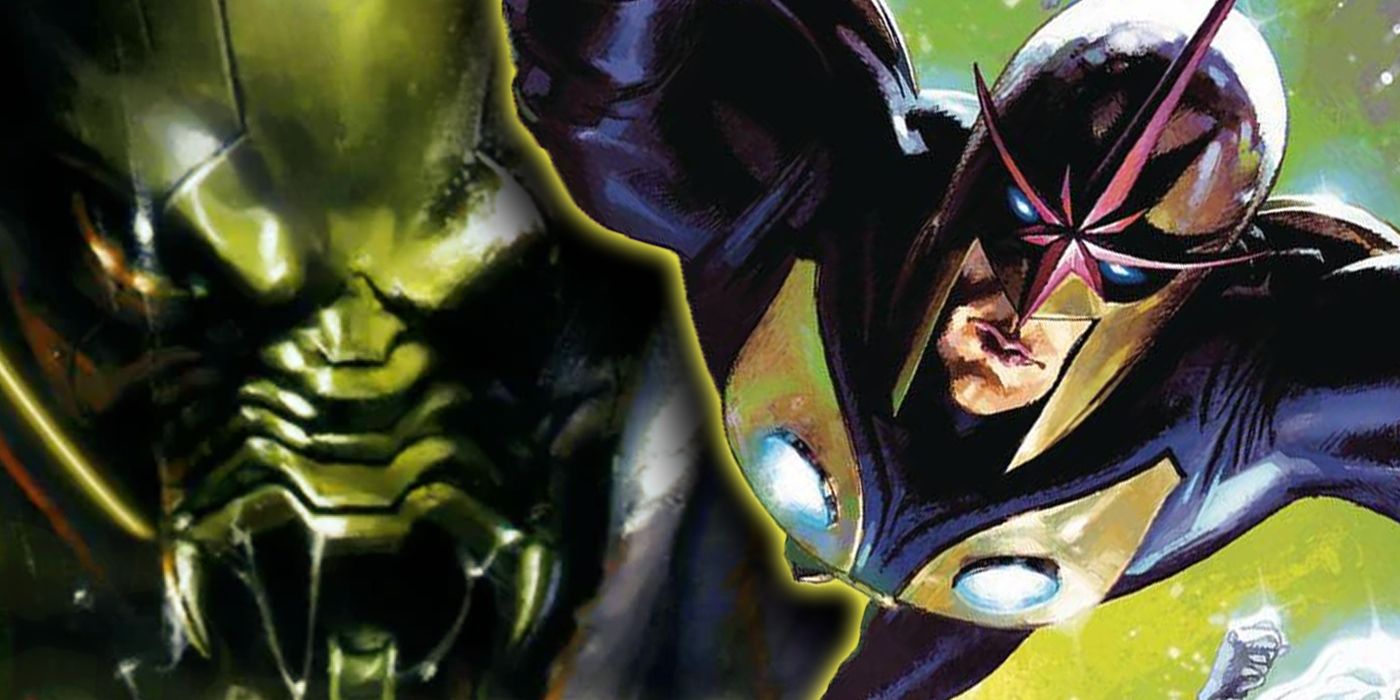 WARNING: The following contains spoilers for Guardians of the Galaxy #16, available now from Marvel Comics.

The Guardians of the Galaxy are currently up against what might be the most massive threat they have ever encountered as the dreaded Dormammu has broken through to their universe in the form of his very own planet in the sprawling, cosmic “The Last Annihilation” event.

Now that “The Last Annihilation” is well underway, there has never been a better time to look back at the events from which it borrows its name and see just how this particular Annihilation event stacks up against the rest of them.

Before he was ultimately defeated, Annihilus made prisoners of the Heralds of Galactus before allying himself with Thanos to take the Devourer of Worlds captive as well. When Annihilus made his final stand against Nova, the hero brought him to a brutal end by literally ripping the villain apart from the inside out, although this only created a power vacuum that would soon enough be filled by an even greater evil.

RELATED: Guardians of the Galaxy: Star-Lord Has One of the Universe’s Greatest Powers

In the wake of Annihilus’ invasion, the Kree empire was left in the worst state it had ever known, having been crippled by the onslaught of Negative Zone forces. This left them defenseless when the techno-organic Phalanx attempted to conquer what was left of the empire for themselves.

In only a few short weeks the Phalanx had assimilated nearly the entirety of the Kree empire, and it wouldn’t be much longer before they began expanding their reach. With the help of Ultron the Phalanx were able to take hold of an even greater portion of the cosmos, and it took the combined efforts of early every space-faring hero to save the universe.

2019’s Annihilation: Scourge #1 by Matthew Rosenberg, Juanan Ramirez, and Cian Tormey saw the Negative Zone suffer from the onslaught of the titular Scourge, otherwise normal beings infected by the dark influence of the Cancerverse and the Many-Angled Ones that led to its creation.

When an incursion between the Negative Zone and Cancerverse forced both Annihilus and Blastaar to retreat from their strongholds, the former reached out to the heroes of the primary Marvel Universe for help. With a twisted version of the Sentry leading the charge, the Cancerverse once again posed a threat to the rest of the Multiverse which could not go unanswered by any hero or villain that valued their existence.

The threat of “The Last Annihilation” has been brewing for months, but things finally boiled over in Guardians of the Galaxy #16 by Al Ewing, Juan Frigeri, Federico Blee, and VC’s Cory Petit. Ego the Living Planet was covered in a thick black shell due to the manipulations of an ancient Skree fire cult, and a planet-sized Dormammu, the ruler of the Dark Dimension, literally hatched from the shell.

Alongside the Kree/Skrull Alliance’s Emperor Hulkling and every other available hero in the universe, the Guardians of the Galaxy are in for the fight of their lives, not to mention every else’s if they can’t overcome Dormammu and whatever else “The Last Annihilation” has in store for them.

KEEP READING: Guardians of the Galaxy Unleashes a Cosmic Powerhouse for the Last Annihilation

Superman: How Jonathan Kent Grew Up So Fast
Related Topics