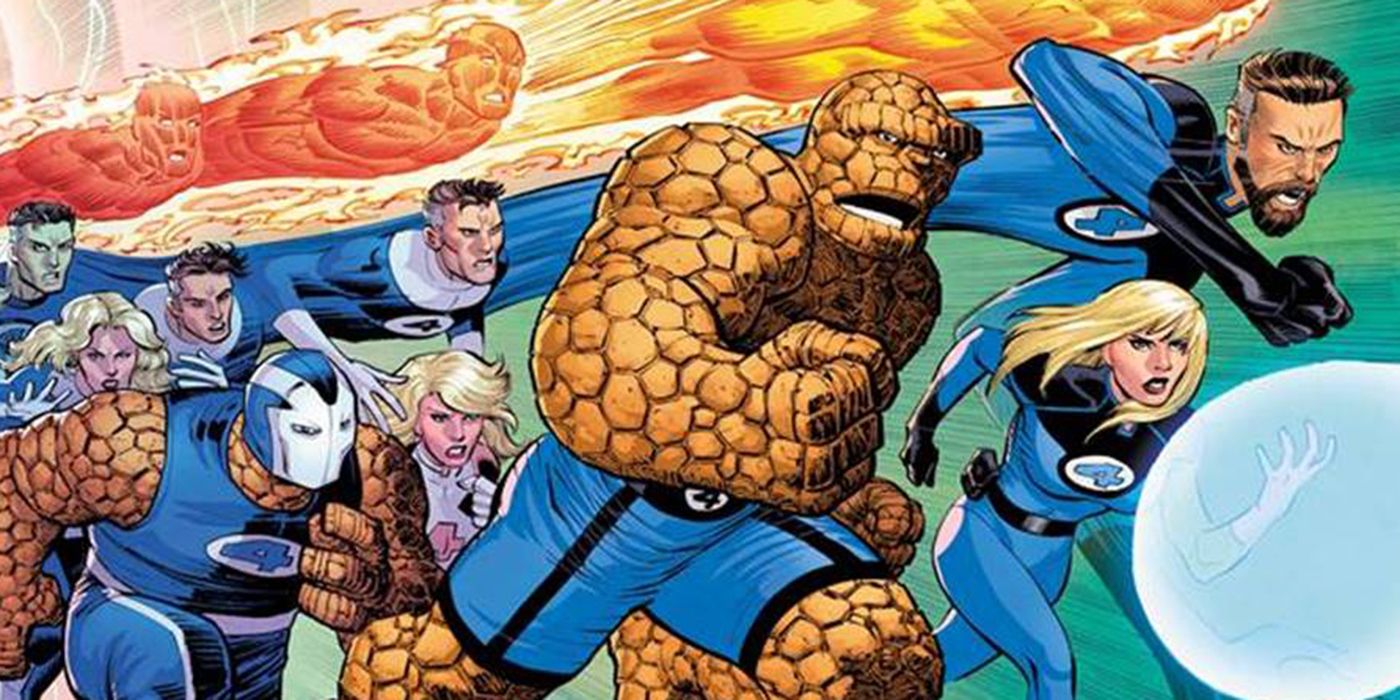 The upcoming 35th issue of the current run of Fantastic Four is a special one, as it marks the eponymous superhero team’s 60th anniversary. To mark the occasion, renowned artist John Romita Jr. has returned to the House of Ideas for a wraparound variant cover celebrating the history of Marvel’s First Family.

The publisher continued, “In addition to drawing a story within this epic issue, Romita Jr.’s beloved style will also grace the issue in the form of an incredible wraparound cover. Highlighting Reed, Sue, Ben, and Johnny’s transformation since Stan Lee and Jack Kirby first created them, the artwork serves as both a celebration of Fantastic Four’s journey and a teaser of the story inside: a showdown across Fantastic Four history against the master of time travel — Kang the Conqueror!”

“I was lucky to begin my career with Marvel and now am extremely lucky to re-connect with Marvel,” said Romita. That’s an enormous amount of good fortune. I sincerely thank all the folks up at Marvel, and Disney, who worked for this fortunate re-connection to happen. To add to all this, and I hate to add a third section to my good fortune, is the opportunity to start off with a huge project, which is the 60th anniversary of the Fantastic Four! It is an honor and extreme privilege to be asked to work on this along with a friend and former collaborator, Dan Slott! Along with ink artist JP Mayer, I am looking forward to this being up for viewing in August!”

Romita’s cover prominently features designs from four key eras of the Fantastic Four’s past, starting with the team’s original uniforms from the Lee/Kirby days of the 1960s. There’s also the team’s ’80s redesigns, their ’90s redesigns and, finally their modern-day looks.

Spider-Man 3 Editor’s Cut: How It Differs From the Sam Raimi Film
Supergirl: Azie Tesfai on Guardian & Uncomfortable Questions
Thor vs Captain Marvel: What If May Reveal Who Would Win in a Fight
Marvel’s X-Corp #5 Comic Review | CBR
What Made James Bond’s Last Game, 007 Legends, Such An Unexpected Disaster?