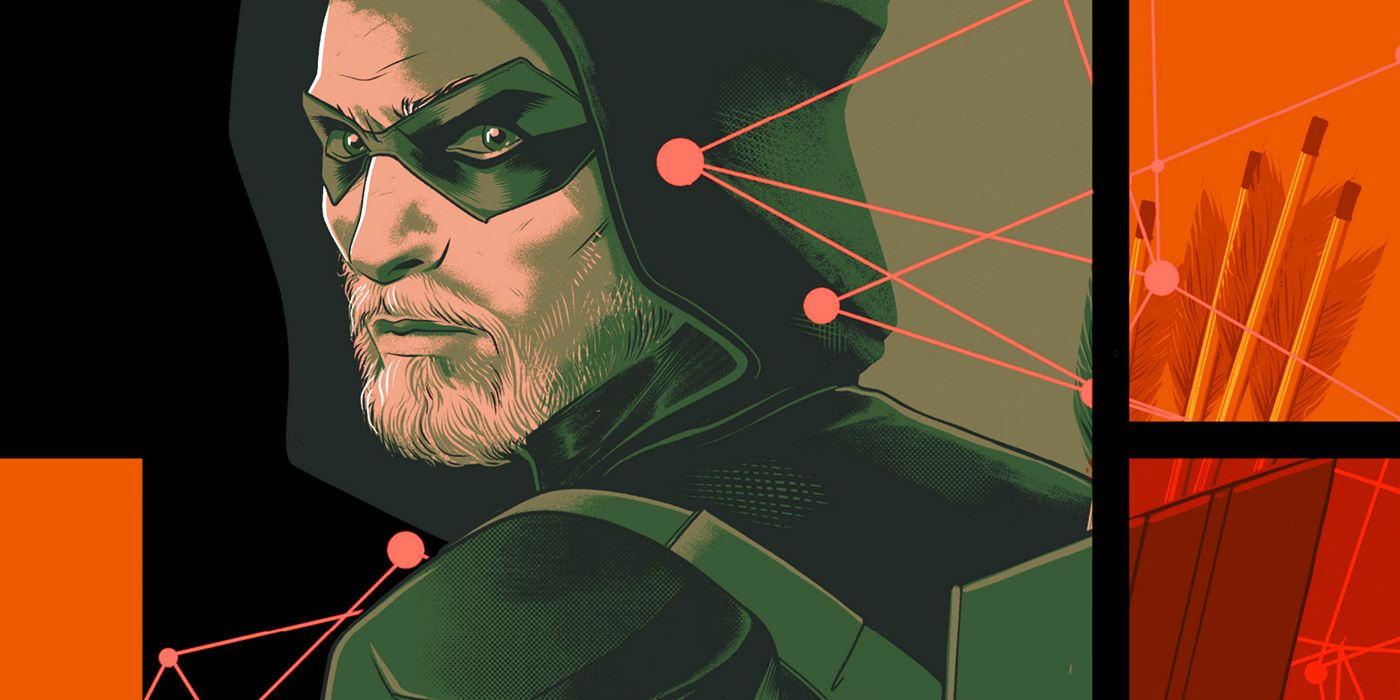 WARNING: The following contains spoilers for Checkmate #2, on sale now from DC.

When Leviathan came out the gate swinging, the masked supervillain wasted no time in going on the offensive as the one-time superhero Mark Shaw systematically dismantled the shadow organizations and intelligence agencies around the DC Universe. As Shaw’s activities grew more ambitious and explosive, the former Manhunter fully embraced the violent potential of his new mission and created his own organization of villains in order to further his agenda. However, as Checkmate forms to strike back against Leviathan, Shaw finds that one of his new partnerships has literally blown up in his face.

In Checkmate #2 — by Brian Michael Bendis, Alex Maleev, Dave Stewart and Josh Reed — the reformed clandestine organization is ready to take the fight back to Leviathan, assembling a group of street-level superheroes all looking to topple Leviathan for good. Among the most prominent recruits is Green Arrow, splitting his duties as the leader of the Justice League to help Checkmate investigate Leviathan’s activities and rescue Talia al Ghul from Shaw’s facility on Leviathan Island. As Oliver Queen looks into a coastal portion of Star City, he discovers that his old nemesis Tommy Merlyn is now working for Leviathan, with the Black Archer seemingly giving Green Arrow the slip and retreating back to Leviathan Island to continue to serve his new benefactor.

As Leviathan greets Merlyn upon his return, ready to carry out the next phase of his plan to reshape the DCU in his image, the ship carrying the archer explodes as it makes its final approach to Leviathan Island. Unknown to Merlyn, Green Arrow shot a tracker with an explosive device as the villain made his escape, leaving the fate of Merlyn and all others aboard explosively grim. This setback comes after Talia nearly staged an escape from captivity singlehandedly two weeks prior to the incident, with Leviathan subduing her just as Superman made an appearance on Leviathan Island to confront Shaw for the first time since they battled one another in the heart of Metropolis in the DC Rebirth era.

The incident with Merlyn isn’t the first time a villainous alliance Leviathan made backfired on him. After Superman went public with his secret identity, Lex Luthor began reaching out to all his greatest enemies to pay him back for the longstanding humiliation of hiding his true identity in plain sight. Among the villains that Luthor teamed up with to stop Superman was Leviathan, who tenuously sided with the Legion of Doom to strike at Superman in Metropolis. While the villains possessed the upper hand initially, they began to turn on each other and, in the face of reinforcements from the Justice League and Young Justice, were driven to retreat.

Operating from the shadows and mercilessly striking first, Mark Shaw made a name for himself as Leviathan and proved that he was one of the most dangerous villains on the planet. However, while Leviathan’s opening salvo may have brought the DCU’s intelligence community to its knees, the decisions Shaw has made since making his heel turn have caused him to repeatedly stumble, often with disastrous consequences for his agenda.

Leviathan has now gained the attention of Checkmate, who has taken the fight right to the villain’s doorstep…and the heroes are ready for some much-deserved payback.

Scarlet Witch: How Wanda Killed Hawkeye – and Brought Him Back to Life
Related Topics