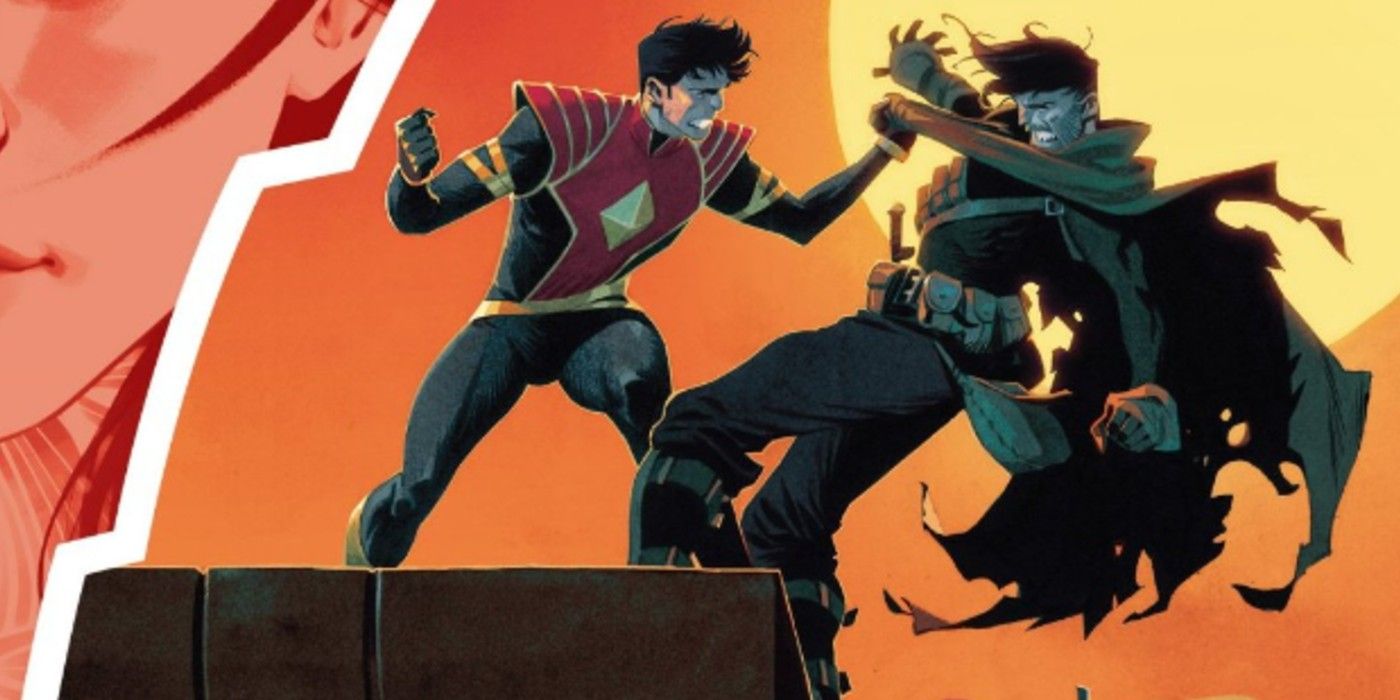 The Power Rangers have just escaped yet another atrocity committed by their most powerful enemy, and the heroes were once again helpless to stop it. As the Empyreals tear their way through the cosmos leaving entire planets destroyed in their wake, the space-faring Omega Rangers can only hope to get the survivors to safety.

Unfortunately, the latest refugees to be introduced to Safe Haven are the last people its inhabitants want to see, and one Ranger just paid for the sins of their entire planet with his blood in Power Rangers #9 by Ryan Parrott, Francesco Mortarino, Moises Hidalgo, Raul Angulo, Jose Enrique Fernandez, and Ed Dukeshire.

When the Omega Rangers last came face to face with an Empyreal, it was on the Hartunian homeworld only moments before its destruction. Unfortunately, there would be no hope for the empire, and the Rangers were forced to flee with only a handful of survivors in tow as Hartunia was left to its total annihilation. The pain of losing their home is one that the survivors won’t soon forget, the promise of a bright new future on Safe Haven is exactly the silver lining that they are in desperate need of. Of course, the people of Safe Haven know all about opening their homes to the less fortunate, though the fact that so many of them ended up there because of the Hartunian Empire hasn’t left them feeling particularly neighborly.

When the Rangers arrive, Arkon, one of the Rangers’ oldest allies and one of Safe Haven’s most prominent citizens, demands Hartunian blood. Like so many others that have come to know Safe Haven as their home, Arkon’s homeworld was just one of the many victims of the Hartunian Empire’s campaign of terror. Arkon was among the few beings with a direct connection to the Morphin Grid’s energies who turned his back on Kiya after she killed the Blue Emissary,but Arkon is not willing to be so peaceful when the people he blames for so much death arrive on his doorstep.

Zack leaps into action to defend the Hartunians from his friend, and Arkon proves to be unrelenting in his assault, unable to separate what has happened to him and so many others from the few Hartunians left alive. It isn’t until Zack explains what has happened to the Hartunians themselves that Arkon even considers standing down. Their loss doesn’t make up for the losses of millions of others, though, and it doesn’t pay the blood debt that is owed by Arkon’s ancestral laws. Unwilling to see innocent blood be shed, Zack offers his own in recompense, an offer that Arkon is shockingly willing to accept.

With Zack at his feet, Arkon raises his blade and brings it down swiftly across the Ranger’s face, spilling the blood that is owed without costing anyone their lives. It’s a powerful moment for Arkon which brings him a kind of catharsis that has been evading him for so much of his life. For Zack, this is just the beginning of making up for his own horrific crimes.

When the Rangers were making their escape from Hartunia, Zack took it upon himself to wait at the doors of the Spectrum II until the last possible moment in the hopes that the empress might make it to safety. Instead, the last pair of eyes that Zack saw looking at him from the ground were those of the emperor, and Zack chose to leave him behind. That decision has clearly weighed on Zack quite heavily, even if it didn’t seem to be a difficult one for him to have made in the moment. Hopefully, his encounter with Arkon and payment of the Hartunian’s blood debt will prove to be a step back in the right direction for the Ranger.

KEEP READING: Lord Zedd is About to Unveil the REAL Secret History of the Power Rangers