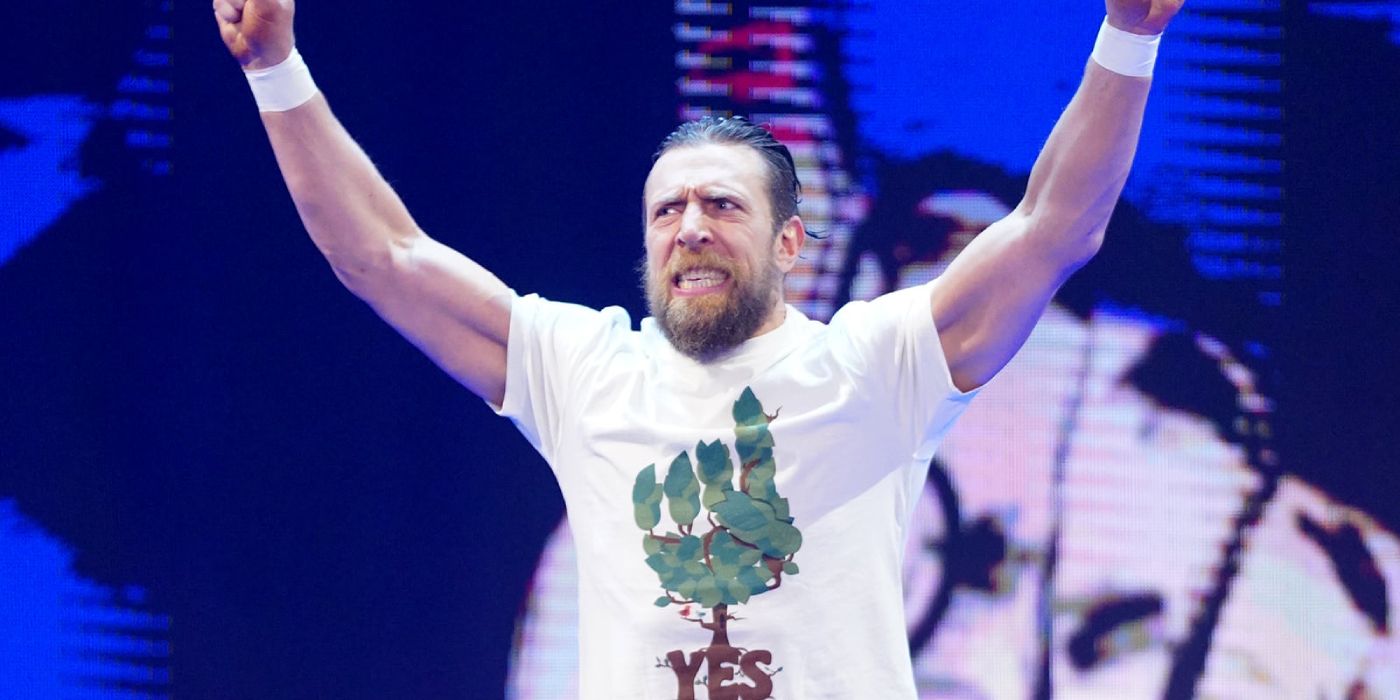 After letting his WWE contract expire earlier this year, former world champion Daniel Bryan — known outside of WWE by his real name, Bryan Danielson — is rumored to have signed a deal with All Elite Wrestling (AEW).

According to Cassidy Haynes of Bodyslam.net, an anonymous source claims that Danielson “is ‘locked in’ and has 100 percent already signed a contract with AEW.” Regarding the terms of Danielson’s deal, Haynes says he’s been told that the American Dragon wanted “to work less dates for comparable money,” as well as the ability to wrestle in Japan and some level of creative control regarding his character — all of which he got.

In a follow-up article, Haynes detailed the supposed tentative plans for Danielson’s AEW debut. According to Haynes, the current plan is for Danielson to appear later this year on the Sept. 22 edition of AEW Dynamite, which will emanate from Arthur Ashe Stadium in New York City.

Noted industry journalist Sean Ross Sapp (of Fightful.com) says that while he has not yet been able to confirm Haynes’ information himself, he also knows Haynes to have “many contacts” in AEW. It’s also worth mentioning that Haynes isn’t alone, with Dave Meltzer of Wrestling Observer Radio recently speculating that Danielson was AEW bound.

I haven’t confirmed it yet, but I’ve known Cassidy to have many contacts in AEW

A legend of the independent wrestling scene, Bryan Danielson has wrestled for numerous promotions since his career began in 1999, most notably Ring of Honor (ROH). After brief stints with WWE in the early 2000s, Danielson re-signed with the company in 2009, debuting on television as Daniel Bryan in 2010 as part of the first season of the original NXT. He then made his Raw debut as a member of the Nexus.

Danielson was forced into retirement in 2016 due to injury, though continued to appear for WWE as an on-screen authority figure. Following continued tests and evaluations, he was medically cleared to compete and returned to the ring in 2018. His most recent on-screen appearance for WWE came earlier this year when he lost a “championship versus career” match on the April 30 episode of SmackDown. Several days later, it was reported that Danielson’s contract with WWE had expired and that the company was pushing for him to sign a new deal. Earlier this week, however, PWInsider reported that Danielson was not part of WWE’s merchandising plans for the rest of the year, which seemed to imply he would not be returning anytime soon.