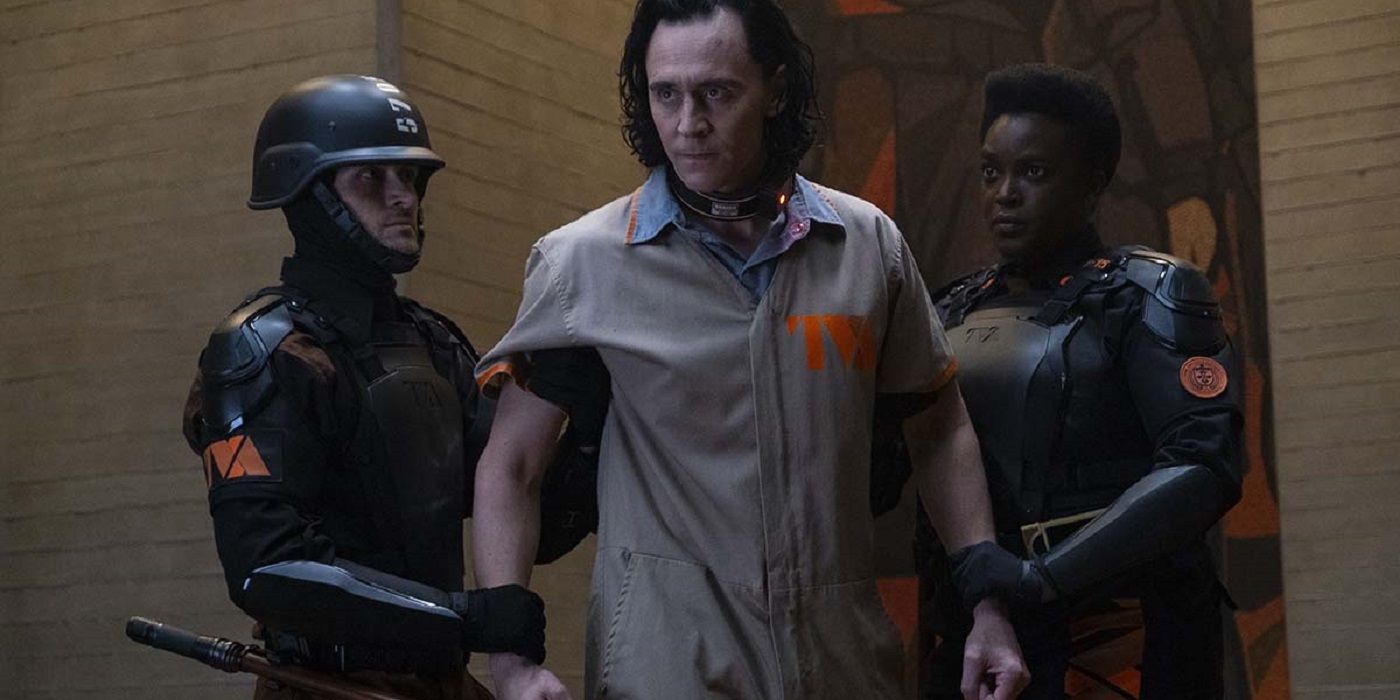 While Loki is finished with its first season, there was still one Easter Egg to be revealed, but what’s funny is that this Easter Egg, while very cool, was also very much an accident.

It all comes down to the logo of the Time Variance Authority, which was prominently displayed on the jumpsuit that Loki wears throughout most of the series, with the TVA on his chest (as well as on various signs throughout the TVA’s office building). A fan noticed something very special about the logo that was not on purpose, but Marvel is adopting it as if it was on purpose.

RELATED: The Teletubbies Have a Terrifying Reaction to Loki Homaging Their Homeland

Here is the logo for the TVA…

And here is the logo for the TVA upside down…

Now, what does the TVA look like upside down? Val, right? And, of course, one of the new, major players in the Marvel Cinematic Universe (introduced in The Falcon and the Winter Soldier but originally intended to be introduced in the post-credits scene in Black Widow, which was supposed to come out last May but only just now has been released) is Julia Louis-Dreyfus’ Contessa Valentina Allegra de Fontaine, who goes by Val.

The whole TVA/VAL connection was pointed out be a fan and then Kevin Feige, during the Twitter Black Widow Watch Party, revealed the connection, while noting that it was not on purpose. He explained, “All of us at Marvel Studios are excited to have @OfficialJLD in the MCU.” He added, “Did you know the TVA logo upside spells VAL? Neither did we until someone on Twitter pointed it out!”

Loki was obviously filled with so many different Easter Eggs (just Episode 5 alone was filled to the brim with Easter Eggs), so it is not outside the realm of belief that the show could have been throwing in a reference to a major new character who was going to be introduced around the same time as the series came out, but as it turns out, any connection was just accidental, but still very cool and it is quite fun to see Feige play along with this sort of thing. Marvel Comics was always known for being connected to fans and their theories, so it is interesting to see the Marvel Cinematic Universe playing things the same way.