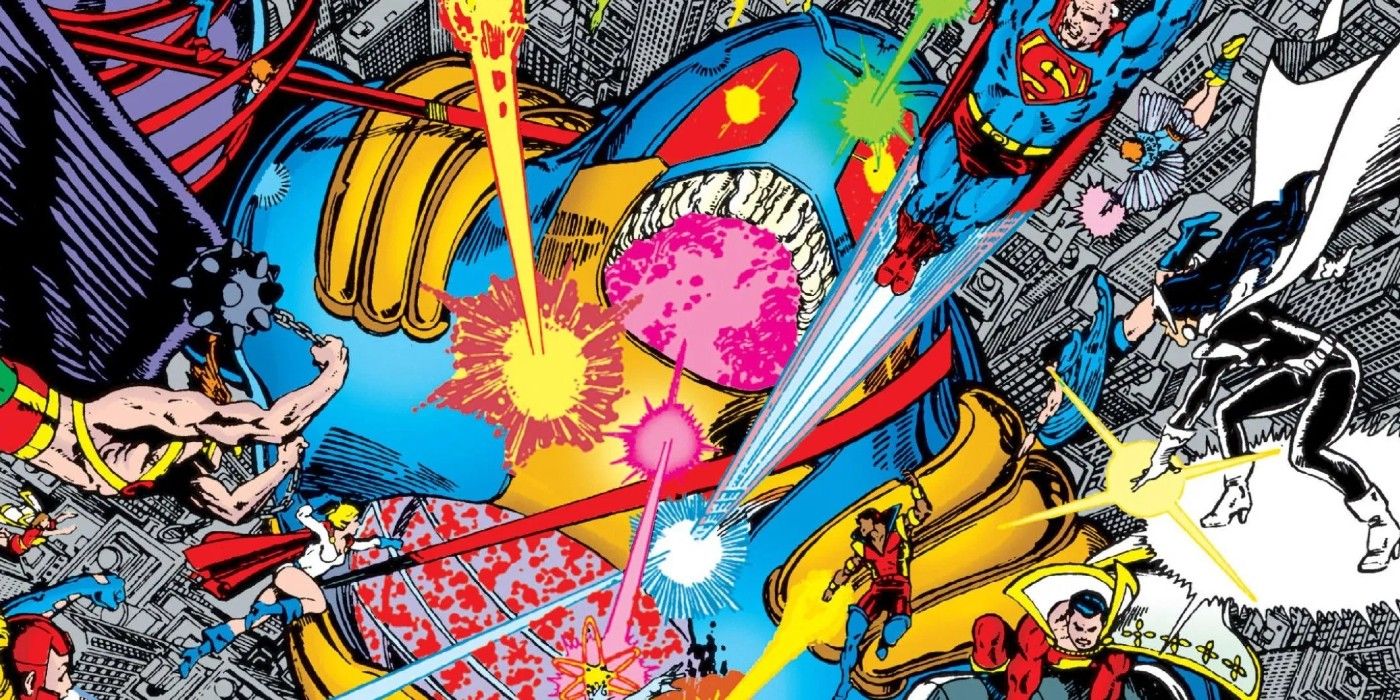 Crisis On Infinite Earths, by writer Marv Wolfman and artists George Pérez & Jerry Ordway, is one of the greatest event books ever. It’s also one of the most important, as it heralded the end of DC’s Multiverse and rang in one of the most popular periods in the publisher’s history. While it can be a bit complicated for new readers, it’s aged amazingly over the years, representing a pinnacle that modern event books wish they could reach.

CoIE ushered in massive changes and nowhere was that more evident than with its main characters, all of whom found themselves in a very different place from where they started out by the end.

9 Pariah Found Himself With A New Lease On Life

Pariah was cursed to basically be the harbinger of doom, appearing on every Earth that the Anti-Monitor targeted and watching it in its death throes. For the five surviving universes, though, he would be the voice of hope, helping to bring the heroes together and warning of them of the approaching threat.

Pariah’s powers would help the heroes locate the Anti-Monitor and he would be one of the survivors of the old Multiverse, floating around the unified DC Universe with Harbinger and Lady Quark. His ultimate fate would be a bad one, as he was killed by Alexander Luthor and the Society in the run-up to Infinite Crisis.

Lady Quark was the only survivor of her Earth and its representative with the heroes. She would fight the Anti-Monitor and his forces every chance she got, helping out in the final battle. After the battle was over, she would be one of the few who actually remembered the old Multiverse and travel the new universe with Harbinger and Pariah.

Eventually joining Vril Dox’s mercenary agency L.E.G.I.O.N., she would have many adventures. She died fighting alongside the group but her corpse, left floating in space, would come back to life and she would end up captured by Alexander Luthor in his quest to restart the Multiverse in Infinite Crisis.

7 Harbinger Would Explore The New Universe Before Retiring To Themyscira

After the conflict, she, Pariah, and Lady Quark would explore the new universe and she would eventually end up on Themyscira, where she would meet her end defending Supergirl from Darkseid’s army of Doomsdays.

6 The Monitor Died In The Early Stages Of The Battle

The Monitor was the Anti-Monitor’s opposite number and was integral to motivating the heroes of the DC Earths to battle against his twisted anti-matter doppelganger. Using his protégé Harbinger and assembling Pariah, Alexander Luthor, and Lady Quark, the Monitor set everything in motion. However, he knew it was futile.

The Monitor realized that Harbinger would kill him and was resigned to his fate, working to set everything in motion and keep the Anti-Monitor from succeeding. Years later, he would be resurrected and see the results of all of his hard work protecting reality, helping in the battle against his mother, Perpetua.

Psycho-Pirate was first recruited by the Monitor to help against the Anti-Monitor, but the Earth-2 villain would team up with the monster, acting as his right-hand man throughout the conflict. Psycho-Pirate would use his emotion-manipulating powers against the heroes, causing fear to reign over the Earths.

At the end of things, when the universes were reorganized into one, Psycho-Pirate would end up in an asylum with a full memory of the old Multiverse. In fact, his Medusa Mask acted as a conduit, allowing him to transform those memories into reality. He’d be involved in subsequent Multiverse-spanning events and was a pawn of Bane before recently teaming with Darkseid.

4 The Anti-Monitor Was Destroyed But Would Return

The Anti-Monitor is one of the most powerful villains the heroes of the DC Multiverse ever faced. Having destroyed countless universes, Anti-Monitor would meet his match when he turned his attentions to the main worlds of the Multiverse. While he was responsible for the deaths of both the Flash and Supergirl, he would ultimately fail.

RELATED: 10 Lessons The MCU Should Learn From Crisis On Infinite Earths

The Anti-Monitor would end up destroyed by the combined might of Earth-2 Superman, Superboy-Prime, and Alexander Luthor. However, he would return multiple times over the years, most recently during the battle against his mother, Perpetua.

Superboy-Prime wasn’t technically a very important character in the whole of the story. In fact, he only appeared in the last two issues, but his role in the end and beyond bears mentioning. Joining with the rest of the heroes, Superboy-Prime would end up battling the Anti-Monitor with Alexnader Luthor and Earth-2 Superman, helping to finally destroy the villain.

Joining with them and Earth-2 Lois Lane, he would be shunted to a “paradise” dimension that would end up a grave disappointment, as would the actions of the survivors of the Crisis. He and Alexander Luthor would eventually enact a plan to rebuild the Multiverse, one that would take Superboy-Prime to dark places. He would stay a villain until Death Metal, where he would sacrifice himself in a battle with the Batman Who Laughs.

2 Earth-2 Superman Would Get To Retire With Lois Lane

Along with Alexander Luthor, Superboy-Prime, and wife Lois Lane, Superman would retire to their paradise dimension until he was enmeshed in Luthor and Prime’s machinations— first fighting against the heroes and the universe he had saved before realizing the error of his ways after Lois died of old age. He would end up losing his life battling against Superboy-Prime.

Alexander Luthor hailed from Earth-3, where his father was the only hero. Sent off the planet before the anti-matter wave destroyed his universe, he was retrieved by the Monitor. After the cosmic being’s death, Alexander would become the leader of the heroes, his unique matter/anti-matter physiology and Luthor brain proving to be clutch.

After the battle was over, he would find himself in the same dimension as Earth-2 Superman, Lois Lane, and Superboy-Prime. Becoming bitter over the fate of the new universe, he and Superboy-Prime would enact a scheme to rebuild the Multiverse. He would pose as Lex Luthor to manipulate the villains into doing his bidding, but he’d make a mistake: He wouldn’t let the Joker play. This would spell his doom as he was killed by the Joker and the real Lex Luthor at the end of Infinite Crisis.

NEXT: DC: 5 Crossover Events That Were Well Received (& 5 That Weren’t)


Next
10 Marvel Characters Who Could Solo The Avengers