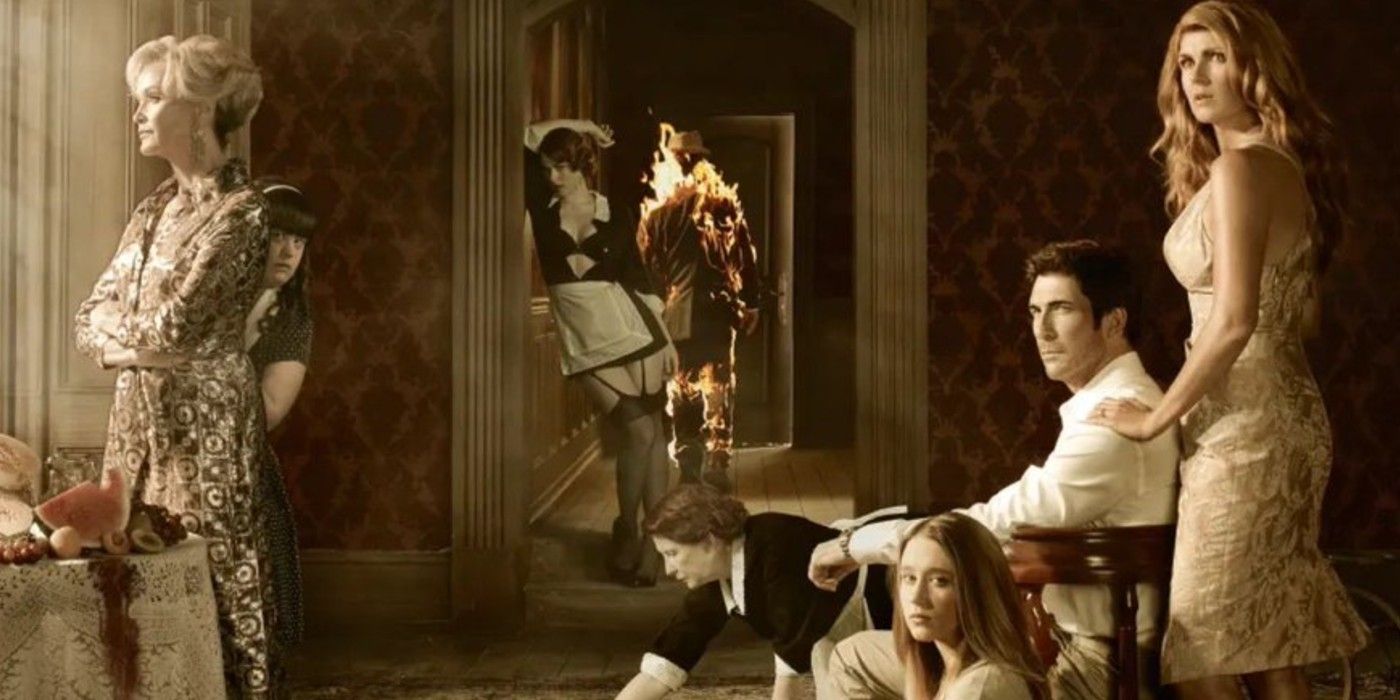 Since its premiere, American Horror Story has pushed the limits of horror on television with ideas born from sub-genres like aliens, slashers, cults and so many more. While each season manages to keep viewers guessing, none compare to the initial impact of its first season, known as Murder House. The season tells its own version of a star-crossed lovers story mixed with a traditional haunted house narrative, but one aspect of it borrows elements from two ’70s horror films: Rosemary’s Baby and The Omen.

Rosemary’s Baby follows the traumatizing experience of Mia Farrow’s Rosemary Woodhouse, who becomes the unwilling mother of the spawn of Satan. The film plays on the fear of the unknown, as it’s revealed that she is put in this position because of a coven she and her husband come into contact with after moving. A similar occurrence takes place in Murder House, but it is drawn out throughout the course of the season rather than a feature film.

In AHS, the Harmon family moves into a new home that is the site of many gruesome murders and experiments. The spirits of the house communicate with the family through love, seduction and fear. This leads to an encounter involving the matriarch of the house, Vivien Harmon (Connie Britton), and the Rubberman, who attacks and impregnates Vivien against her will. The scene alone is shocking and becomes compounded when it’s revealed that the Rubberman is the ghosts Tate Langdon (Evan Peters).

The rest of the season focuses on Vivien’s pregnancy and how it affects her home life, but following Vivien’s death in childbirth, Tate’s mother, Constance (Jessica Lange), takes the child, Michael, to raise as her own. However, Constance quickly learns that the horrors of the house were now living in the young child’s body because, like Rosemary, Vivien was carrying the Antichrist.

RELATED: American Horror Story: The Inspirations Behind the Hotel Cortez

The revelation comes when Constance finds the body of the baby’s nanny dead before him, and the act only foreshadows the deaths that Michael would be a part of. A similar occurrence happens in The Omen, where a couple adopts a boy named Damien (Harvey Stephens), only to learn he’s the son of the Devil. The first omen comes when the nanny hangs herself for his birthday. Both versions of the character symbolically begin their descent into evil following the deaths of their nannies, and it shows that they don’t require any form of maternal affection and know what they’re capable of.

American Horror Story: Murder House starts with a simple premise that spirals out of control. It sets a precedent for the series that nothing should be expected, and it does so while homaging two horror classics. Rosemary’s Baby and The Omen play on the classic Antichrist story and tell two perspectives of taking care of personified evil. Meanwhile, Murder House succeeds in telling one and setting up the other, tying them expertly into the overall narrative.