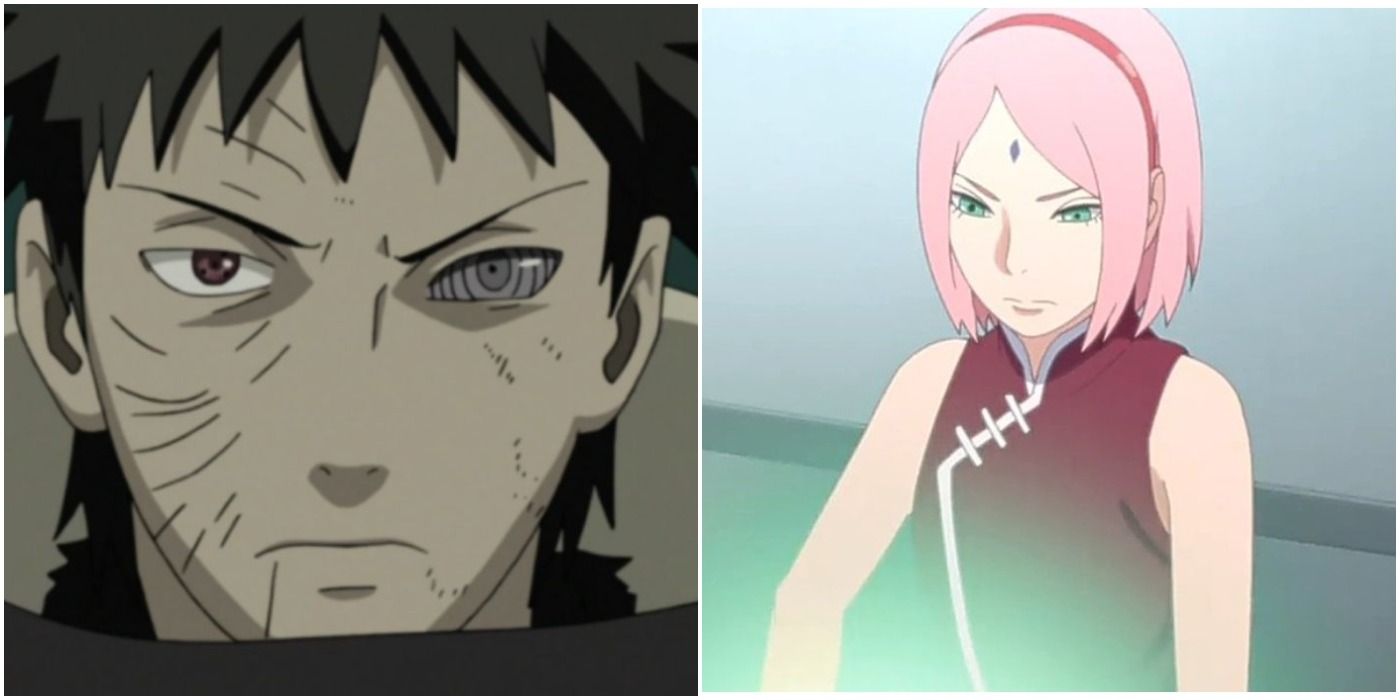 The life of a shinobi is often a lonesome one, littered with death, loss and isolation. By the age of fourteen, Kakashi had lost his father, teacher and two best friends. This caused his heart to harden and, unable to experience any more grief, he pushed everyone else away. His detached and ruthless demeanor drove him to the ANBU, a desperate attempt to run from loss.

But ninja are also relentless. Those who grew up with Kakashi refused to be sidelined and some, like Might Guy, harassed Kakashi until he let them in. His heart softened, time healed, and the Sharingan master rekindled old friendships and built new ones. Kakashi was never truly alone, he just didn’t always know it.

Pakkun should come as no surprise—after all, a dog is a man’s best friend. Pakkun is Kakashi’s most trusted ninken and has assisted him on several high priority missions. He aided in the search for Rin and Sasuke, his nose proving a useful tool. His sense of smell is impressive even by canine standards and he possesses the speed to keep up with ninja. His skill combined with his reliability meant Kakashi trusted him to find the people he cared about most. Although Pakkun was a summon, he was respected and liked by Kakashi.

Sasuke and Kakashi’s relationship was initially very promising. Kakashi was drawn to the Uchiha’s natural talents, seeing his younger self in Sasuke. The similarities were obvious—both wielded the Sharingan and effortlessly mastered everything taught. His favoring of Sasuke meant Naruto and Sakura were neglected.

However, despite teaching Sasuke the Chidori, the young Uchiha desired immediate power—something Orochimaru could offer. So, Sasuke defected and the former student and teacher rarely saw eye to eye. Kakashi’s efforts to bring Sasuke back to Konoha clashed with the Uchiha’s quest for vengeance. The relationship between the two peaked early on.

8 Kakashi Was Hurt By Asuma’s Death

Although never explored in-depth, Kakashi and Asuma were pretty close. The pair grew up together, entering the ninja Academy around the same time and progressing at somewhat similar rates. They worked well together, evident by their effective teamwork when fighting Kisame and Itachi. Following Asuma’s death at the hands of Hidan, Kakashi insisted on helping Team 10 get their revenge. The copycat ninja knew that without him the team would fail and perish—something Kakashi couldn’t let happen.

Despite being the same age as Naruto, Shikamaru earned Kakashi’s respect much earlier due to his intellectual prowess. From as early as Jonin, Shikamaru could formulate effective battle strategies that few in the village could match. His IQ was estimated to be over 200 and his performance in the Chunin exams supported this.

RELATED: Naruto: 10 Fallen Ninja Who Need To Be Reincarnated For One Last Fight

Despite his distaste for responsibility, Shikamaru’s capabilities resulted in him leading the Sasuke retrieval squad. Later on, Kakashi followed Shikamaru’s strategy to avenge Asuma—a significant moment because Kakashi is also a genius. When Kakashi was named Hokage, Shikamaru was named his advisor, a demonstration of how much Kakashi respected the Nara clan prodigy.

Kakashi praised Sakura’s talents—her superior chakra control brought her admiration from her sensei. But she never stood a chance in a team with Sasuke and Naruto. Kakashi focused on Sasuke’s gifts, teaching him the Chidori, and Naruto was too stubborn and reckless to ignore.

Therefore, Sakura’s development wasn’t prioritized and it forced her to look elsewhere for guidance—which she found in the form of Tsunade. This wasn’t to say Kakashi was a bad sensei, just that Sasuke and Naruto’s situation forced Kakashi to help them. Sakura never lost respect for her sensei and turned to him for advice whenever she needed help.

Rin Nohara was the third member of Minato’s squad and friend to Kakashi and Obito. She was a foil to Kakashi and Obito’s competitive relationship, acknowledging but not fawning over Kakashi’s skill, and offering encouragement to Obito when he failed. The young Kunoichi was forcefully made a Jinchuriki of a tailed beast she couldn’t control, so she committed suicide by jumping in front of Kakashi’s Chidori. Her character wasn’t extensively explored, but her death traumatized Kakashi and he often visited her grave.

Minato was the perfect Sensei for Kakashi. He understood what it meant to be labelled a prodigy, bestowed such a title after receiving the highest scores in Academy history. However, Minato remained humble despite his superior ability—something Kakashi struggled with when young.

Initially, the young Kakashi wanted to do everything on his own, sidelining Obito and Rin during important missions. But Minato would give the team more difficult missions, forcing Kakashi to rely on his teammates when things got difficult. Kakashi respected his sensei and was happy to see him reanimated during the war.

Obito and Kakashi had a complex relationship. Obito envied Kakashi’s natural talent, and this was further enhanced by Obito’s own inadequacies. Unlike most of the Uchiha, Obito wasn’t a prodigy and struggled with many of the basics.

RELATED: Naruto: 10 Ways Obito Could Have Been A Better Villain

However, during a dangerous mission that saw Rin captured, Obito awakened his Sharingan and his dormant abilities came to life. But the mission ended in Obito’s perceived death and the young Uchiha gifted Kakashi with his Sharingan. From that moment, Kakashi viewed Obito as his brother—a view later shattered by Obito’s involvement in the Fourth Ninja War.

2 Naruto Went From Student To Peer

As Naruto developed into a splendid ninja, his relationship with Kakashi transformed. The beginning of their relationship was that of student-teacher, and Naruto was a knuckleheaded shinobi who was often marginalized by Kakashi in favor of Sasuke. Naruto’s talent had yet to be discovered, and Sasuke’s prodigiousness reflected Kakashi’s when he was younger.

But as Sasuke defected, Naruto and Kakashi grew closer, with the copycat ninja helping Naruto develop his Rasenshuriken. Naruto’s exponential growth soon made him Kakashi’s peer and friend. Naruto eventually took over the position of Hokage from Kakashi, and the two remain close.

1 Might Guy Was The One Constant In Kakashi’s Life

Even by a shinobi’s standards, Kakashi’s life was a lonely one. He lost his father while young and would later lose all members of his team, including his sensei. His solitude took him down a dark path, joining the ruthless ANBU team that nurtured a cold heart.

But Might Guy never gave up on Kakashi. Singling him out as his rival from a young age, the blue beast of Konoha always had Kakashi’s back. He requested to join the ANBU to be closer to Kakashi, and when that failed, the relentless Might Guy visited Kakashi whenever possible. By the end of Naruto, Kakashi acknowledged Guy as his true rival and best friend.


Next
Top 15 Most Powerful Eye Abilities In Anime

CBR list writer Zac Francis has been writing professionally since the start of this sentence. His writing experience includes over ten thousand tweets, numerous university essays written between the hours of 12 and 6 am, and four years of unsuccessful job applications. He writes about anime, watches anime and reads the work of people who have watched anime. Follow him on Twitter at @zacfrancis94 and feel free to let him know how you really feel about his work. He is open to criticism. Compliments? not so much.