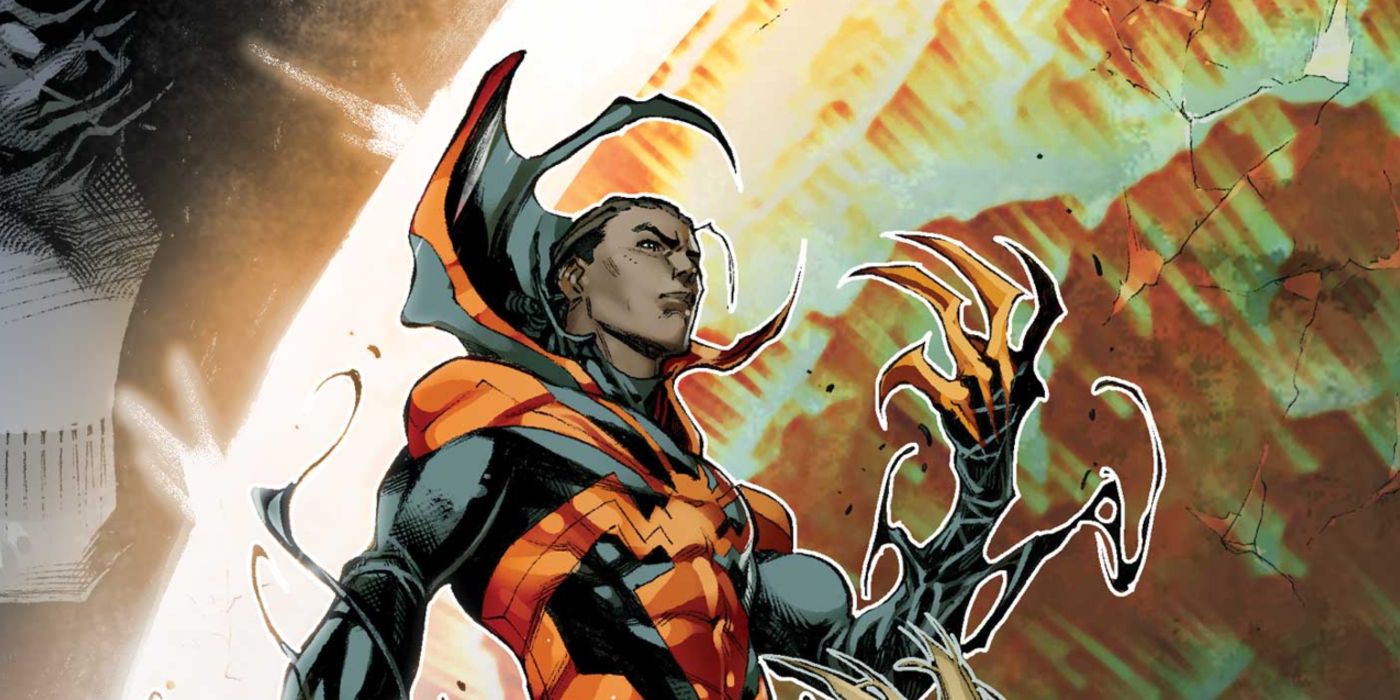 The cover of Dark Ages #2 — penned by Tom Taylor and illustrated by Iban Coello — appropriately features Apocalypse looming large, as the Avengers, X-Men and other associated heroes band together to bring humanity together after the age of technology is brought to an abrupt end.

The cover to Issue #2 offers a glimpse at the radical changes some heroes will undergo over the course of the series. Miles is wearing a symbiote suit, while an older Peter Parker dons oversized web-shooters alongside an Iron Man in steampunk armor. The Laura Kinney version of Wolverine, sporting tactical gear, is also present, along with what may be a grown-up Valeria Richards and a new Spider-Girl.

Previews for Dark Ages have revealed that Miles will be morphing into a hybrid of Venom and Carnage over the course of the series. Meanwhile, other Marvel mainstays will receive similarly dramatic revisions — notably Vision, who sports a terrifying skull visage.

Dark Ages #2 goes on sale in October from Marvel Comics.

Pokémon: 10 Best Sporting Events In The Anime, Ranked | CBR
What If…? Poster Shows The Watcher Surveying the MCU’s Multiverse
Dave Bautista’s Guardians of the Galaxy Casting Saved Him From Poverty
Bob Odenkirk Hospitalized After Collapsing on Better Call Saul Set
Lord of the Rings: Peter Jackson Had to Fight to NOT Kill a Hobbit