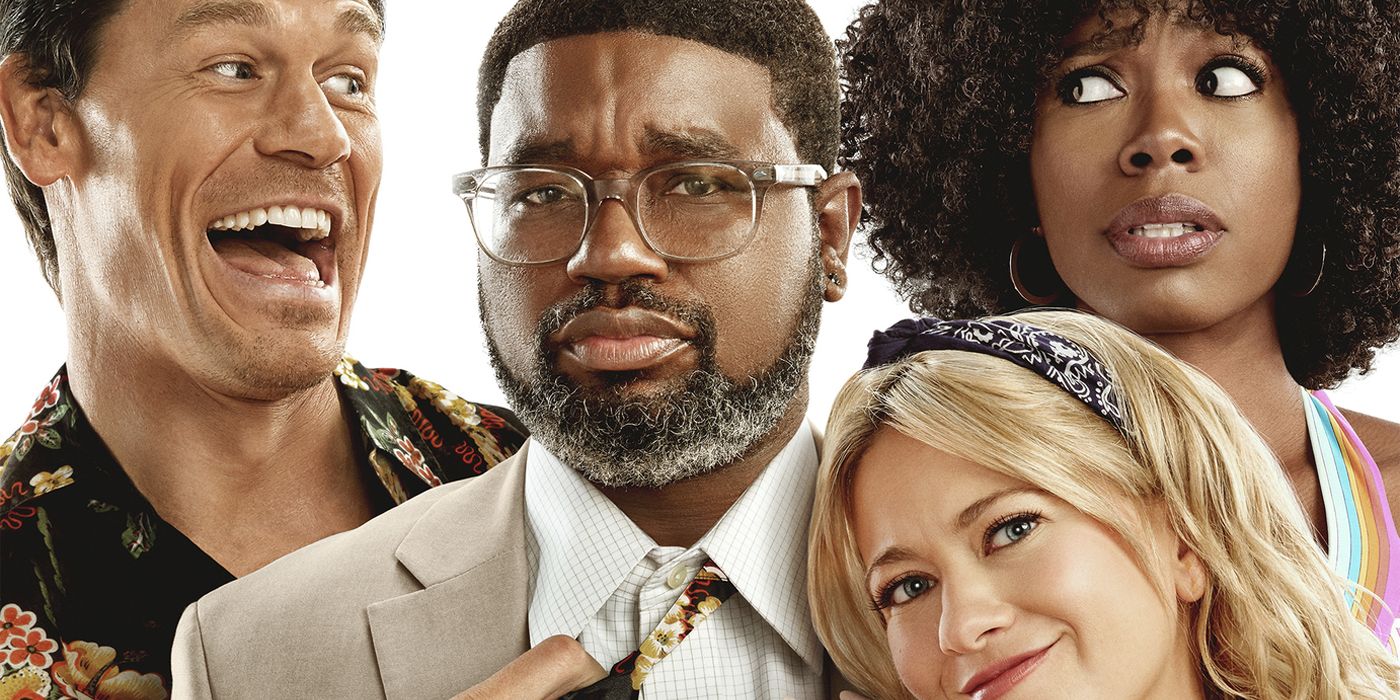 The year of John Cena continues with the arrival of the red band trailer for Vacation Friends, a raunchy comedy from 20th Century Studios that will release directly to streaming.

Lil Rel Howery (Get Out) and Yvonne Orji (Insecure) star in the Vacation Friends trailer as Marcus and Emily, a straight-laced couple who befriend the thrill-seeking partiers Ron (Cena) and Kyla (Palm Springs‘ Meredith Hagner) for a week of reckless fun and debauchery while vacationing in Mexico. However, as Marcus and Emily prepare for their wedding months later, they’re horrified when Ron and Kyla show up uninvited, creating all sorts of chaos in their wake.

Announced in March 2014, Vacation Friends was originally set to star then-married couple Chris Pratt and Anna Faris, with Ice Cube replacing Pratt after Faris dropped out over a year later. Production on the movie eventually began in March 2020 but halted shortly after in response to the ongoing coronavirus (COVID-19) pandemic. It resumed filming the following September and concluded a month later.

Vacation Friends will stream as a Hulu exclusive in the U.S. and a Star Original on Disney+ in select international markets starting Aug. 27. It will be the first 20th Century Studios film to receive a global release on the Hulu and Disney+ streaming platforms. The majority of the studio’s upcoming 2021 movies are still expected to release as theater exclusives, including the Ryan Reynolds action/comedy Free Guy and Ridley Scott’s medieval drama The Last Duel.

Sandy Schaefer is a movie/TV features and news writer at Comic Book Resources. They joined the site in 2020 but have been writing professionally about pop culture since 2009. Sandy previously served as a writer/editor at Screen Rant for over a decade. You can follow them on Twitter @feynmanguy.