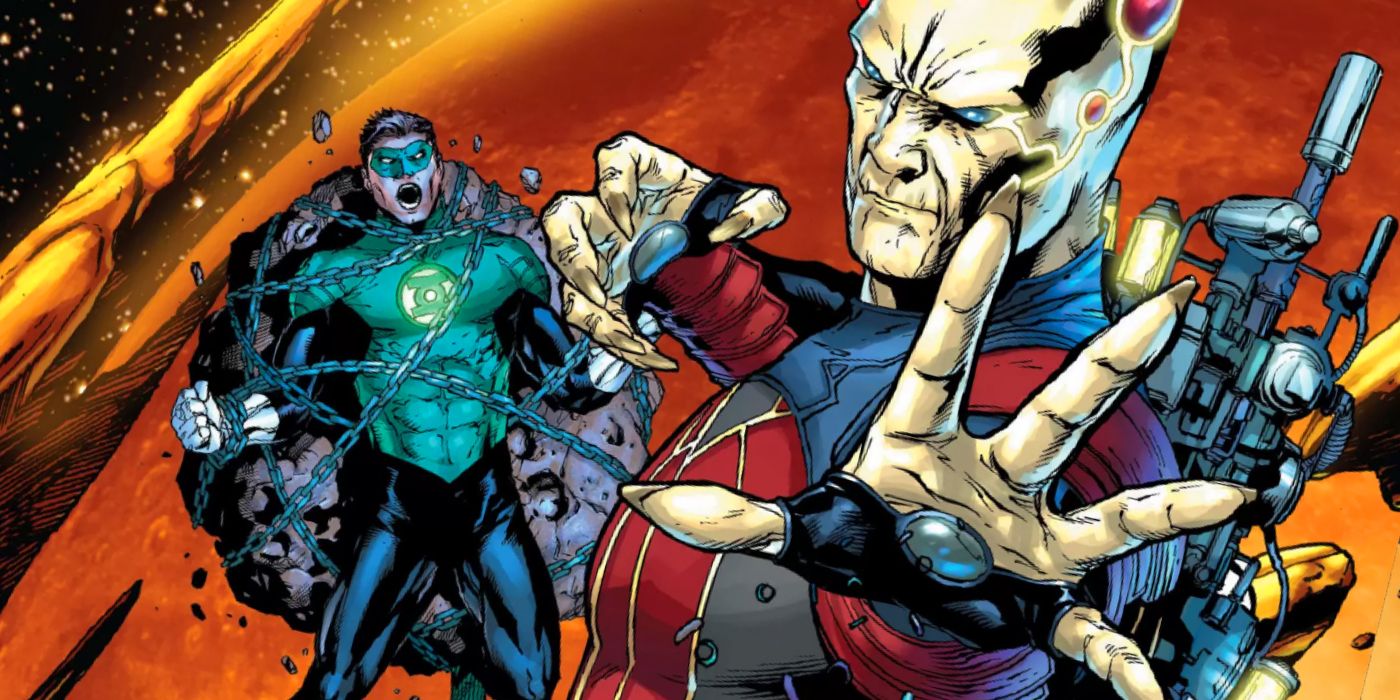 As a cosmic corps of space cops, the Green Lanterns are no strangers to dealing with all manner of powerful, far-reaching enemies. Such enemies include would be despots like Sinestro and Mongul, as well as the Weaponers of Qward and other users of the Emotional Spectrum. The New 52 introduced a new, incredibly powerful villain whose reach goes all the way to another universe.

Relic was a former scientist who was remade when the universe was destroyed, with the giant vowing to destroy the various Lanterns Corps to prevent history from repeating. Despite being introduced only a few years back, he threatened the existence of the Green Lanterns more than any other villain.

Relic first appeared in 2013’s Green Lantern #21 by Robert Venditti and Billy Tan for the beginning of a new arc that would usher in a new age for the franchise. Much like Marvel’s Galactus, Relic was the sole survivor of a previous universe that had been destroyed. During his life there, he argued that manipulating and drawing energy from the Emotional Electromagnetic Spectrum could be potentially disastrous and could risk draining those energy reserves entirely.

Though he was regarded as an anti-progressive “relic” by his peers, he set out to prove his theory. Sadly, his ideas came to a disastrous pass when the Lightsmiths, or Lantern Corps member equivalents in his universe, began to lose their power. The last living being he encountered was a Green Lightsmith, who he tried to protect before his universe as a whole was destroyed. He survived and passed through the Godwall, being brought into the new universe as a massive giant. Eons later, he was unwittingly freed by Kyle Rayner. Upon seeing that the same mistake was being repeated in this universe, “Relic” ventured to Oa to warn the Guardians of the Universe and to ask everyone to surrender their power rings.

Relic’s requests went unanswered, forcing him to try to destroy Oa’s Central Power Battery and the planet as a whole. Ravaging both the Green and Blue Lantern Corps, Relic was eventually defeated by Rayner after being trapped in the Source Wall. The Source Wall was one of the few things that could overcome Relic’s incredible strength, as he was highly resistant to most forms of harm due to his physical dexterity. He also had several incredible gadgets at his disposal, such as technomorphing machines that can emulate other technology or probing drones that drain Emotional Spectrum energy.

Highfather, a New God himself, would question Relic at the Source Wall and seek to find out how it had been contaminated. This would see Relic and several others who had been trapped in the wall brought back during the war between the “Lightsmiths” and the New Gods. Relic, a natural scientist, would take on the new task of trying to study the Source Wall and its power. He later surmised that part of the wall’s current affliction was related to the villain Black Hand. Black Hand later healed it by becoming one with the wall, and once that was resolved, even Relic’s beef with Hal Jordan came to a close. Since then, Relic has yet to reappear in any major way, and given his less than antagonistic goodbye to one of the Green Lanterns, it would seem that his ambition to forcibly end their Corps has come to an end as well.

KEEP READING: TikTok Debates Whether Nightwing or Hal Jordan Has the Better Butt

The 2nd-Best-Selling Console Of Each Generation (& How It Could’ve Been #1)
Naruto: 5 Harsh Realities Of Joining The Akatsuki (& 5 Perks)
8 New Indie Movies to Watch in August 2021 | CBR
Why It’s Important DC’s Nubia Is Both Powerful and Sexy | CBR
James Bond Is Back in Intense No Time to Die Teaser | CBR