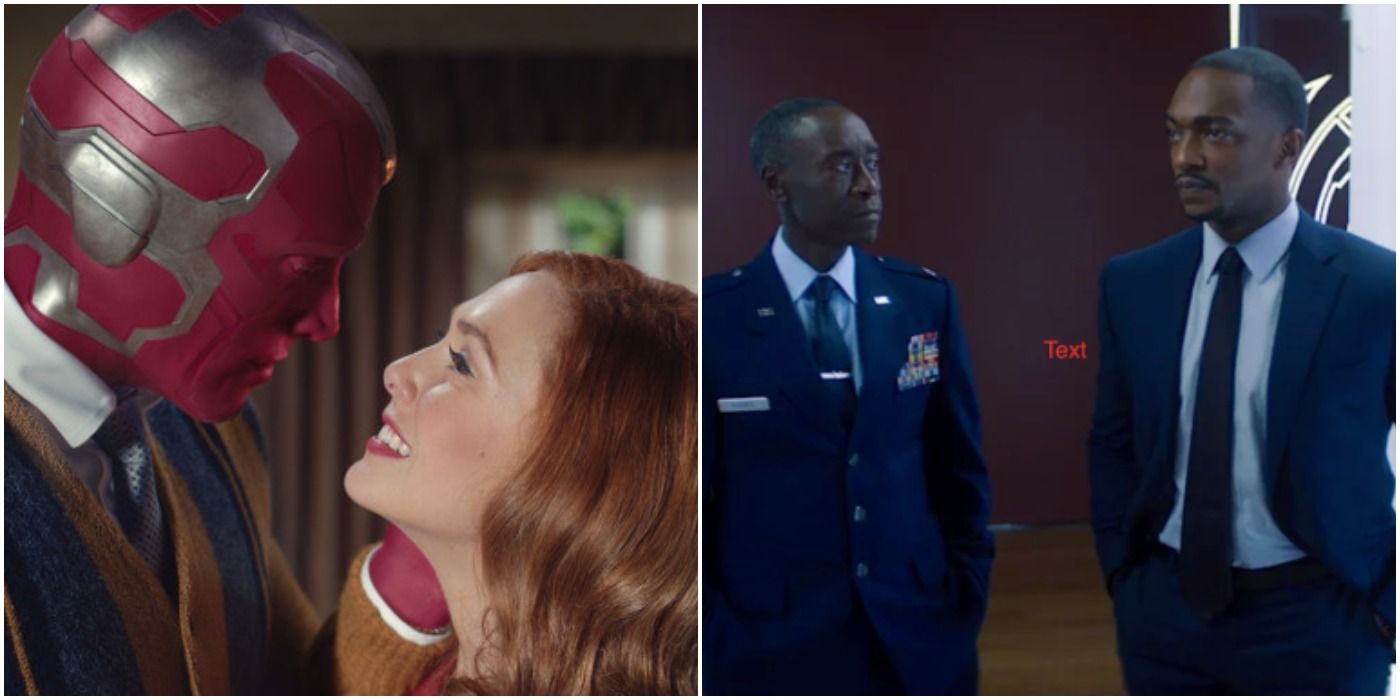 There was once a time when superhero shows, in general, would be hard-pressed to be respected or recognized by mainstream audiences, especially during award season. Now, Marvel has a show with the third most Emmy nods of the night and collectively, as a brand, is one of the biggest winners at the Emmys. Marvel has come a long way from the first time they ever had an Emmy to their name.

10 The Incredible Hulk Paved The Way For Future Marvel Nods

The original live-action Incredible Hulk series starring Bill Bixby and Lou Ferrigno has the distinction of being the first series based on a Marvel property not only to be nominated for an Emmy but to win one as well. The show received its first nomination and win when Mariette Hartley won Outstanding Lead Actress for playing Dr. Carolyn Fields in the Season 2 premiere two-parter, “Married.”

The show would receive two more nominations in 1980 and 1982 respectively for Outstanding Cinematography and Outstanding Achievement in Music Composition. While superhero shows still weren’t as highly revered in the mainstream as they are today, comic book fans loved seeing a Marvel show not only receive nominations but also win one of the biggest acting awards of the night.

After The Incredible Hulk went off of the air in 1982, it would be several years before another Marvel property—let alone a live-action one—would represent the company at the Emmys. The brand would have to wait a little bit longer to see itself at the more high profile Primetime Emmys, but it did have a chance to make some appearances at the often overlooked Daytime Emmys between 2001 and 2004 thanks to the criminally underrated X-Men: Evolution.

RELATED: 10 Animated Series Every Marvel Fan Should Watch On Disney Plus

8 Agents Of S.H.I.E.L.D. Brought Marvel Back To Primetime

In 2014, for the first time in 32 years, Marvel had one of its own live-action shows hold a place in one of the Primetime Emmy Award categories. The show that kickstarted Marvel’s return to the big stage was Agents of S.H.I.E.L.D. which received a nod for Outstanding Special Visual Effects in both 2014 and 2015.

Although the series failed to win either year, this being the first MCU show to be Emmy nominated at least put Marvel back in the conversation for Emmy consideration for the first time in three decades.

Quickly after Agents of S.H.I.E.L.D. became the first show of the Marvel Cinematic Universe to receive Emmy nominations, Marvel would slowly start to receive nominations more frequently and consistently at the Primetime Emmys. Daredevil got its first shot in 2015 when it was nominated for Outstanding Main Special Effects in a Supporting Role, Outstanding Sound Editing for a Series (both for the episode “Speak of the Devil”), and Outstanding Main Title Design.

The show got a second crack at gold in the following year for Outstanding Stunt Coordination and Outstanding Sound Editing. Out of five nominations both years, Daredevil won nothing.

Although Marvel was finally starting to get consistent nominations in recent years, they were not lucky enough to get a win. No Marvel show had won a Primetime Emmy since The Incredible Hulk’s impressive Best Actress win in 1978. Marvel’s luck would finally turn around when Jessica Jones stepped into the picture.

RELATED: Harley Quinn & 9 Other Characters That Got Their Start Outside Of Comics

In 2016, the show won for Outstanding Original Main Title Theme Music. While not a huge win, as it’s merely a technical award outside of the more heavily talked about award categories, it’s still a big start for the brand. Jessica Jones also received two more nominations between 2016 and 2018 for Outstanding Main Title Design and Outstanding Music Composition.

One year later, Luke Cage would have its time in the sun, and so would Marvel as the show would walk away with another Emmy win in the only nomination it received during its run on the air.

That win came for James Lew, recipient of the Outstanding Stunt Coordination for a Drama Series, Limited Series, or Movie. Yes, it’s another technical award as Marvel would continue to be absent from bigger categories (Best Actor, Actress, Best Drama Series, etc.), but now, Marvel can lay claim to receiving consistent Emmy wins year after year, slowly building up its prestige in television as a company name.

Even the short-lived Punisher series on Netflix would get some love from the Emmys, albeit briefly. Between its two seasons, The Punisher received just one nomination in one year. That nomination went to Thom Khoury Williams, who, had he won, would have been the recipient of the Emmy for Outstanding Stunt Coordination for a Drama Series, Limited Series, or Movie.

This was another case of Marvel merely getting an overlooked technical award nomination, but it would not be too long before Marvel could receive a little more of a higher ranking within the next couple of years.

It’s easy for some to forget that Big Hero 6 joined the Marvel Universe shortly after Disney bought Marvel and proceeded to publish comic book spinoffs under the Marvel banner. What followed was an animated series sequel that would soon have its presence felt at the Primetime Emmy Awards.

In 2018, the show received the high honor of being nominated for Outstanding Animated Program, thanks to the episode “Baymax Returns.” The show ultimately lost to Rick and Morty, but it’s still a big nod for both the show and Marvel to receive.

2 The Falcon & The Winter Soldier Gets A Big Acting Nod

2021 marked the start of the Marvel Cinematic Universe’s Phase Four, but rather than kick things off with a movie, Marvel Studios opted to release two short-form limited mini-series. The second of those was the emotionally character-driven, surprisingly racially-charged action romp The Falcon and the Winter Soldier.

After highlighting Anthony Mackie’s Sam Wilson as the new Captain America, the show received five Emmy nominations, most notably Guest Actor in a Drama Series for Don Cheadle’s two-minute cameo. What followed was a slew of technical awards like Outstanding Sound Editing and Outstanding Special Visual Effects in a Season, but this marks Marvel’s first acting nod since The Incredible Hulk in 1978.

While just about everyone was obsessed with WandaVision upon its release, no one could have conceived or expected the monumental outpouring of love it would receive from the Emmys. The show received a staggering 23 nominations including Outstanding Actor nods for Elizabeth Olsen, Paul Bettany, and Kathryn Hahn, and Outstanding Limited Series. Even the much-beloved “Agatha All Along” got a nod for Outstanding Music and Lyrics.

Finally, Marvel is at a point where the brand is incredibly respected not only for its technical achievements but as a serious contender for the best that television has to offer.

NEXT: 10 Most Respected MCU Characters, Ranked


Next
Flash: The 10 Lamest Villains He Has Fought So Far

Myck Maverick is an English major who wants to steer is skill of writing to pontificate his knowledge and love for the comic book industry, as well as the movie industry. CBR overs the perfect medium to flex his writing muscles as an emerging young writer. Additionally, Myck Maverick’s work and expertise can be found by searching his name over at TheThings, a sister site of CBR under the Valnet umbrella.