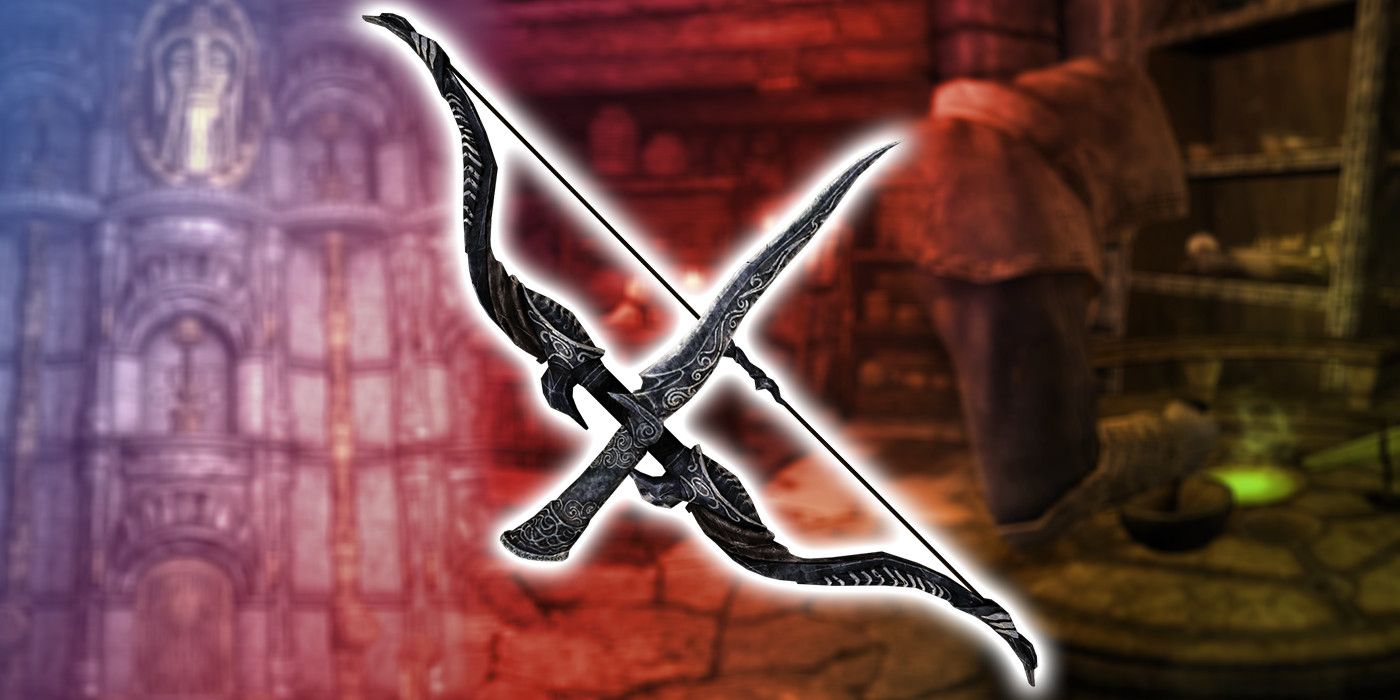 Building a new character in The Elder Scrolls V: Skyrim often helps repeat playthroughs stand out from each other. While Skyrim is often criticized for having simple combat and being less like an RPG than other Elder Scrolls games, there’s no denying that there are some fairly distinct playstyles available in each game. Regardless of the build a Skyrim player goes with, however, there are some skill trees that everyone should look into using.

Skyrim has eighteen different skills that the player can level and put skill points into. These eighteen different skills all become more effective as the player levels them and provides unique perks specific to the skill that the player chose. Many skills can be buffed with magic, potions, enchantments or even some Daedric artifacts. Looking at every skill tree in The Elder Scrolls V: Skyrim,  these are the five best trees for nearly any build.

RELATED: The Elder Scrolls: Who Is M’aiq the Liar?

Speech is often overlooked as it appears to be far more limited than other skills. There are very few dialogue options that are affected by having high speech, and even when they do appear, they usually only let the Dragonborn get out of combat or get a little extra gold from a quest. From a story perspective, the speech skill tree does not impact much. However, the speech tree really shines when players start dealing with merchants.

Most of the strategies for farming skills, such as enchanting or smithing, can get tedious incredibly quickly, thanks to merchants either running out of gold or players being unable to sell certain items to certain merchants. Leveling speech not only makes crafting resources cheaper but also has perks that let players sell anything to any merchant and one that gives every merchant in Skyrim 1000 extra gold. Speech can be annoying to level, but it’s absolutely worth it on any character.

No build is more infamous in Skyrim than the stealth archer. While Stealth is incredibly powerful in its own right, the archery skill tree is actually a bit more modest. Bows start weak, but they quickly become deadly even without stealth bonuses to pad out the damage. Perks like Steady Hand and Power Shot turn bows into some of Skyrim‘s best means of arena control.

Archery also gets a ton more damage as players level up their skill and acquire better bows. Most of the perks in Archery’s skill tree are focused on removing some of the downsides of using a bow, such as the limited ammo and the slow movement speed. While it’s not quite as good on its own as the stealth skill, it’s clear that the Archery skill is one of the more formidable weapon trees in Skyrim.

RELATED: The Bard’s College: The Rewards of Skyrim’s Forgotten Faction

Heavy Armor is really only amazing if it’s used with the right build. The main downsides to using heavy armor include slower movement speed, higher stamina drain from sprinting, and a tougher time sneaking around. However, if a player doesn’t plan to rely too much on stealth or speed during a playthrough, there’s almost no reason not to level their Heavy Armor tree. Not only does it give players a ridiculous armor score by the end of the game, but it’s by far the better option with most builds.

Contrary to the usual outfit players see mages wearing in Skyrim, heavy armor is actually the far better pick for spellcasters. Not only can heavy armor be enchanted to provide the same magical bonuses as most robes, but the Heavy Armor skill tree’s perks help protect mages against things like staggering and physical damage. It’s also got the only unarmed-focused perk in the game for those looking to punch dragons to death.

RELATED: The Elder Scrolls: Skyrim – How to Build a Home Using the Hearthfire DLC

In Skyrim, the Sneak tree is almost a no-brainer to level. The only situations where leveling Sneak may not payout is if someone’s going for a heavy armor or two-handed build, though there are still ways to make stealth work. The higher the player’s Sneak stat, the harder it becomes to detect them. Players may as well be invisible once their Sneak skill reaches level 100 since they can eventually become silent even when walking or sprinting with the Silence perk.

The damage bonus players get when undetected is really what makes the stealth archer build work so well. However, the build wouldn’t be where it is without the Sneak tree’s Deadly Aim perk, which causes any sneak attack made with bows to deal three times as much damage. The perks alone make Sneak such a valuable skill to level for nearly every build in the game, though most stealth characters do end up relying on enchantments and potions a bit more than usual.

RELATED: Relics of Hyrule is the BEST Skyrim Mod for Zelda Fans

Speaking of potions, Alchemy is easily the best crafting skill in Skyrim, let alone the best skill in the game. It takes a bit of work and grinding, but eventually, the Dragonborn can brew potions far better than anything they’ll loot from dungeons. While having more potent health, mana and stamina potions is certainly important, the real MVP of high-level brewing are the potions that fortify other skills.

Alchemy effectively lets players buff any of their other skills beyond what Skyrim‘s leveling system allows. Alchemy improves nearly any skill it’s coupled with and is almost a requirement for players looking to min-max their build. Compared to other crafting skills, Alchemy is also far easier to grind levels for. Unlike smithing, players often run into a surplus of ingredients to brew into a surprisingly customizable range of potions.

Keep Reading: The Elder Scrolls: The 5 RAREST Encounters in Skyrim

A writer for CBR since September 2020, Jacob Creswell is a life long writer and gamer. Has written for both local and global publications. Lover of Animal Crossing, Undertale, Team Fortress 2, and a little professional wrestling on the side. Often can be found doing way more research than needed for his video game theories. Can also be found on his Twitter, @Creaology98