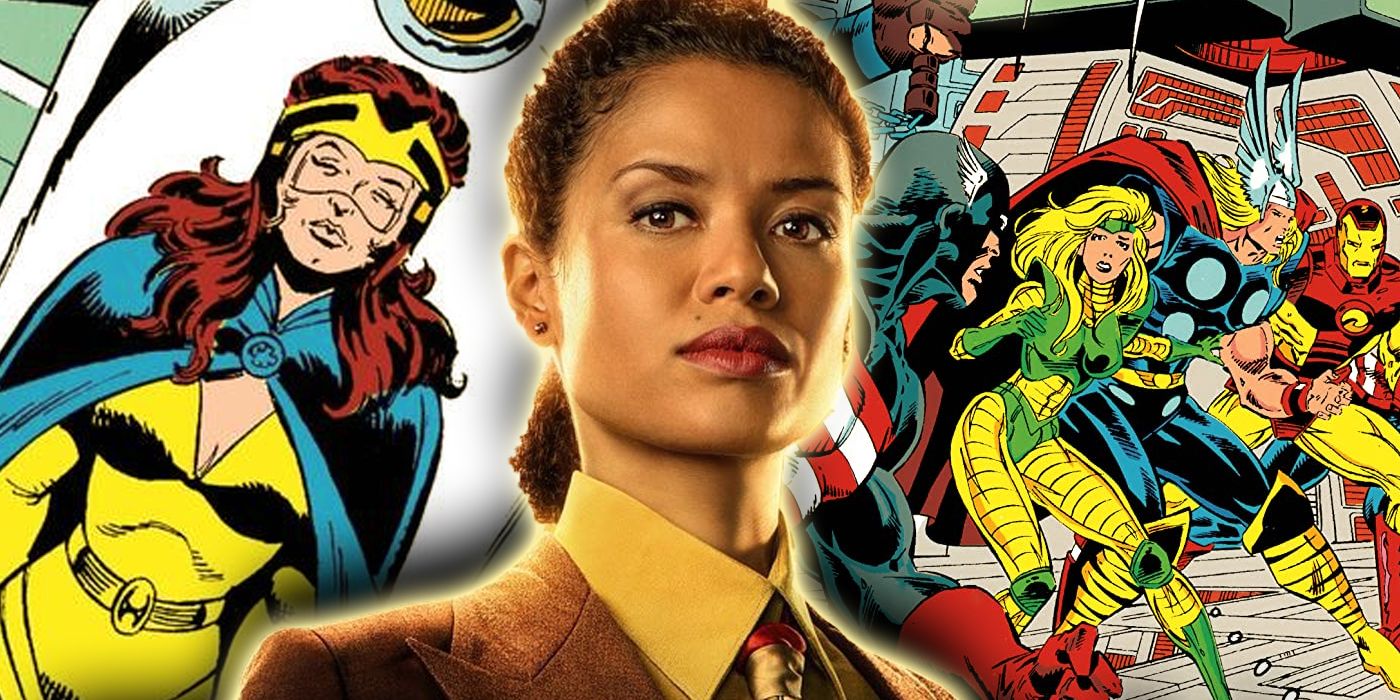 Disney+’s Loki brought more than a few new faces to the Marvel Cinematic Universe, though few made the same kind of instant, impactful impression that Gugu Mbatha-Raw’s TVA Judge Ravonna Renslayer did. As one of the uppermost figures within the Time Variance Authority, Judge Renslayer’s stern yet friendly demeanor in favor of a much more menacing top bureaucrat. Still, no matter how many shocking twists Judge Renslayer was involved in, the MCU version of Ravonna could never keep up with the convoluted life of her comic book counterpart.

The Ravonna Renslayer of the MCU is quite far away from the version introduced in 1965’s Avengers #23 by Stan Lee and Don Heck. While the Judge Renslayer of the TVA would eventually be revealed as a variant of an otherwise normal woman from an ordinary time, the Princess Renslayer of the comics was from a completely different earth. She was the princess of the last kingdom on Earth to avoid being usurped by Kang the Conqueror in the far-flung 40th century.

When Kang finally came to claim her kingdom, he was entranced by Ravonna’s beauty and strength — so much so that he spared her life, even after she spurned his advances to fight alongside the Avengers. This didn’t sit well with Kang’s general Baltag, who took it upon himself to try and assassinate his liege, but Ravonna sacrificed herself to save Kang’s life. At least, that is how things seemed on the surface.

RELATED: Before Loki: How Marvel Killed Its ULTIMATE Cosmic God to Set Up Secret Wars

When Kang was later split into two divergent versions of himself following a battle with Thor, the primary of these two conquerors found the means to save Ravonna’s life during his time in Limbo. This created a divergent reality in which Kang died in her stead and another in which Kang kept Ravonna’s body in stasis. The latter of these was ultimately betrayed by Kang when he was offered the chance to either revive his beloved or strike back against the Avengers. Once this Ravonna was revived and discovered the choice Kang had made, she swore that she would claim vengeance against him and eventually took up the mantle of the Terminatrix in order to do just that.

“Kang’s World” by Mark Gruenwald and Herb Trimpe from 1992’s Avengers Annual #21 saw the Avengers take great interest in the town of Timely, Wisconsin, where the heroes believed Kang was operating in the 20th century. Upon their arrival, the heroes discovered the Chronopolis, Kang’s realm comprised of various pieces of various times, as well as his personal guard in the Anachronauts. During the battle, Ravonna revealed herself as the Terminatrix and began fighting Kang, but when a lethal blow came her way and he sacrificed himself to save her. Subsequently, Ravonna disappeared with Kang’s body.

After putting him in stasis, Terminatrix ruled the Chronopolis in his stead until he could be revived. Then, another divergent form of Ravonna — this time the far more heroic Revelation — came to bring Kang back to life and to ask for help in defeating Alioth in 1993’s Avengers: The Terminatrix Objective by Mark Gruenwald and Mike Gustovich. Once the threat was averted the relationship between Ravonna and Kang took another shocking turn when Terminatrix literally stabbed him in the back. In her mind, this made the two of them equals, and finally gave them the chance to retire peacefully to Timely, Wisconsin in the early 20th century. Not much of their time together is known, nor is Ravonna’s ultimate fate, as the Chronopolis itself was destroyed by Immortus in his service to the Time-Keepers.

No matter how deeply embroiled in the TVA’s goings-on that she was, the Ravonna Renslayer of the Marvel Cinematic Universe was always a toned-down version of her character from the comics. While the finale of Loki did leave room for her to evolve, she may very well end up turning into some version of the Terminatrix depending how things go in the future, whichever future that may be.

KEEP READING: Thor: Which Hero Could Be Asgard’s Next Worthy Champion?