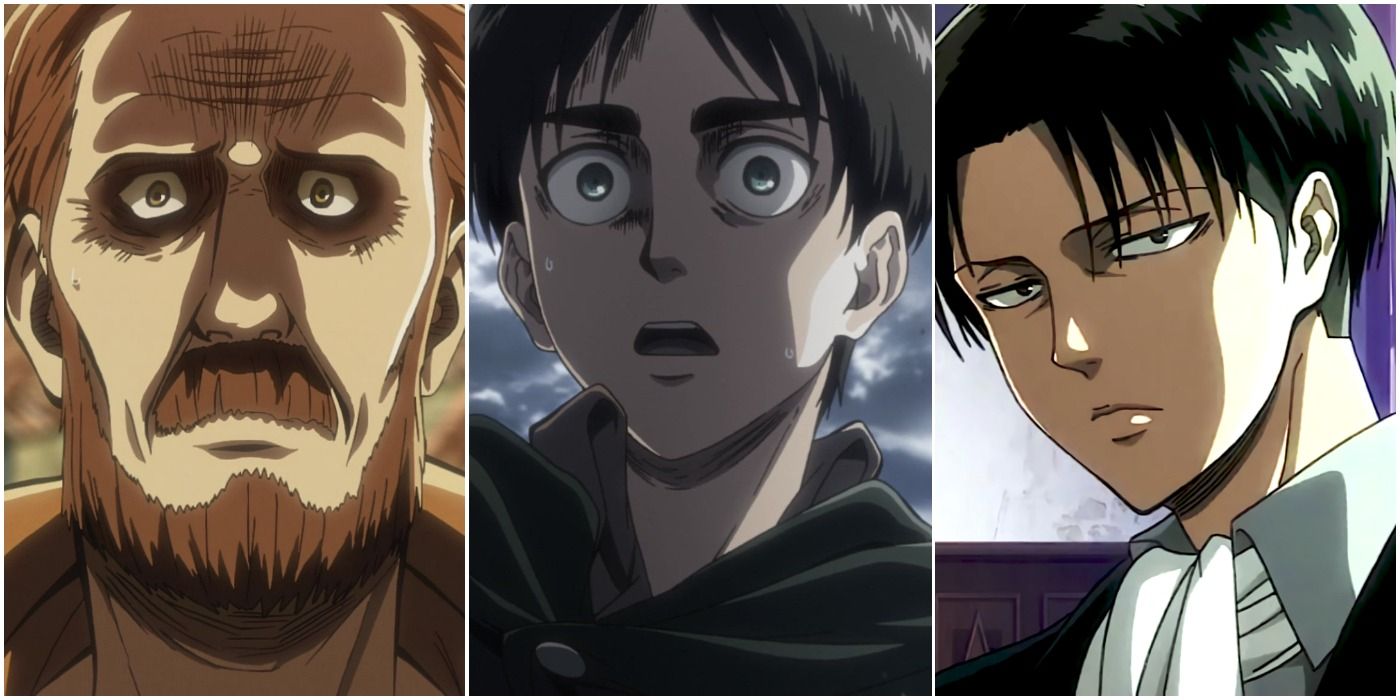 Eren Yeager was the main protagonist of the Attack On Titan universe and a character who many argued would either save or doom the Eldian race. Throughout his troubled life, he has encountered many people who regarded him in drastically different ways.

Some have helped to uplift him and develop his potential, while others have brought out the darkest aspects of his personality and transformed him into a monster. By identifying characters from both groups, we can better grasp what Eren needed in order to thrive as the Attack Titan and a champion of Paradis.

10 Toxic: Kitz Woermann Tried To Have Eren Executed & Never Gave Him A Chance

Kitz Woermann was a fearful and superstitious member of the Garrison Regiment. After discovering Eren’s abilities as a Titan Shifter, he immediately tried to have him executed with cannon fire.

Regardless of the logic Armin presented him with in order to sway his opinion, Kitz was too consumed with paranoia to listen. In this regard, his actions created a wedge between the Eldians and the only person that could save them from a pernicious decline.

Dot Pyxis was responsible for saving Eren from Kitz and served as the commander of the Garrison Regiment. He saw the value in the Attack Titan and maintained his faith even after Eren lost control of himself at Trost.

For his loyalty, the hole in the wall was plugged, and humanity had its first real victory in the arduous struggle against the Titans. He was also instrumental in overthrowing a corrupt government that sought to sacrifice Eren and reclaim the power of the Founder for the royal family.

Reiner established a relationship with Eren during their cadet years and helped him train in hand-to-hand combat. This made the betrayal following the siege of Utgard Castle all the more devastating.

During Eren’s visit to Marley, he told his former friend that he understood his actions and would have done the same thing given the circumstances. However, instead of forgiving him, Eren unleashed devastation on Reiner’s home that arguably surpassed the initial casualties in Shiganshina. The Marleyan warrior’s actions helped Eren justify his own descent into savagery and wickedness since he took the wrong lessons from him.

Unlike Eren’s other friends, Levi did not attempt to coddle him and wasn’t even particularly interested in him as a person. Instead, the captain saw the utility of the Attack Titan and was willing to save it however necessary.

Levi risked himself during the foray into Titan country by charging Annie Leonhart and ripping Eren free from her jaws. He would save Eren again during the battle for Marley, where he sliced open Porco’s mouth so that he couldn’t clamp down on Eren’s nape to kill him.

Floch saw Eren’s potential for leading Paradis to glory and conveyed it to the other Scouts. He was responsible for cultivating the Yeagerist movement and freeing Eren from prison.

While his actions may superficially seem good, they also validated Eren’s darkest desires. Because of Floch’s unflinching allegiance, Eren felt emboldened and vindicated in his decision to take drastic measures against the enemies of Paradis. Ultimately, Floch would even take child hostages in the name of his master and mission.

Hange was the most intelligent scientist of the Scouts’ forces and one of Eren’s most reliable allies. Hange shared the nature of Titans with him and conducted exercises that would test his Attack Titan’s limits.

RELATED: Attack On Titan: The Series’ 5 Best Leaders (& Its 5 Worst)

During the second battle for Shiganshina, Hange’s invention of thunder spears empowered the Scouts to fight on even terms with Reiner. As a result, Eren was able to give his undivided attention to defeating the Colossal alongside Armin. Hange’s warm and amiable personality was a stark and welcome contrast to Levi’s abrasiveness.

Although few of the Cadet Corps fully agreed with Eren’s bravado to fight Titans, Jean was easily the most derisive toward him. They constantly butted heads and insulted each other throughout the series, even resulting in a fist fight.

While Eren still considered Jean a friend, the nature of their dynamic was unnecessarily standoffish and inhospitable. Moreover, Jean’s constant challenging of Eren’s ambitions only pushed him to even more drastic measures so that he could sufficiently “prove” himself.

In addition to being an intelligent and loyal friend, Armin provided moral insights that Eren was sometimes in desperate need of. Armin wasn’t willing to condone the Yeagerists’ treatment of Gabi and even mustered the courage to strike Eren when Mikasa couldn’t. As a balanced character, Armin was still willing to take action when appropriate, as seen through his destruction of the Marleyan docks as the Colossal Titan.

He also helped Eren come to grips with harsh realities as gently as possible, such as the death of his mother and Annie Leonhart’s betrayal. In this regard, Armin serves both as a therapist and safeguard for his friend’s ailing mind and often erratic behavior.

2 Toxic: Grisha Yeager Told Eren Nothing About His Plans Or What Was Actually In The Basement

While Grisha Yeager may have saved Eren’s life by giving him the Attack and Founding Titan, he was needlessly mysterious in his actions. He never told Eren specifically what he was doing or the purpose for the key he gave him before his disappearance.

As a result, Eren was forced to stumble through the ruins of his life in a daze until he figured out the truth for himself. By that time, Grisha was already long dead and no longer able to help him.

1 Great Influence: Mikasa Stayed By Eren’s Side Until The End

Mikasa was perhaps Eren’s most loyal friend and companion. Bound to him by affection (and arguably the will of the Founding Titan), she saved him from Reiner’s abduction and bought him the time he needed to overcome Lara’s War Hammer.

Additionally, Mikasa participated in the raid on Rod Reiss’ bunker to free her crush and was even willing to risk her life in order to save him from Kitz Woermann. However, the series’ conclusion revealed that her loyalty had its limits.