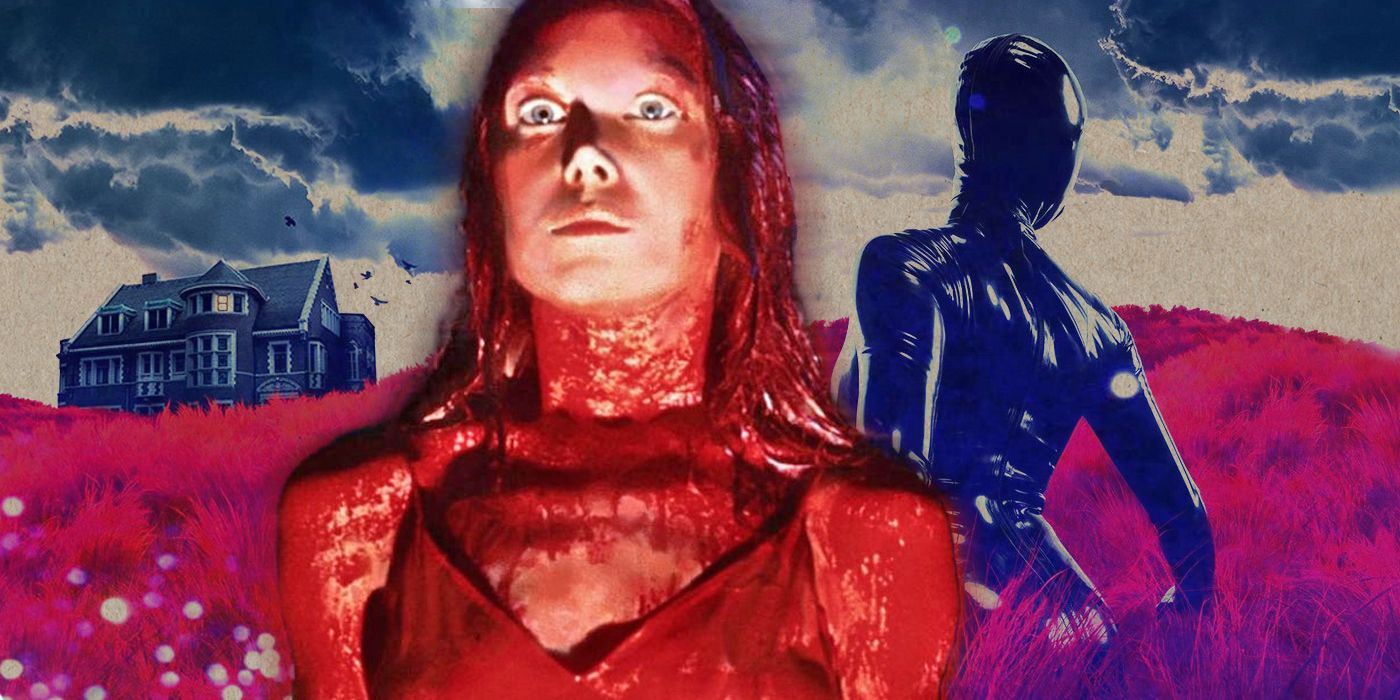 Dynamic duo Ryan Murphy and Brad Falchuk deliver more drama-filled horror content with the spin-off series American Horror Stories. The two-part premiere returns audiences to the Murder House from American Horror Story’s first season. With the Harmon family dead and haunting the home, Michael (Matt Bomer) and Troy (Gavin Creel), along with their angsty teenage daughter Scarlett (Sierra McCormick), seek to turn the famed location into a spooky bed and breakfast. However, Scarlett’s run-in with a group of mean girls puts a damper on their plans. While American Horror Stories seemingly evokes Stephen King’s Carrie via Scarlett’s revenge, it ultimately drops the ball.

Not long after moving into the Murder House, Scarlett discovers the infamous rubber suit, and evil slowly overtakes her. However, “Rubber(wo)Man Part One” makes it clear that darkness already resides in Scarlett, given her fetish for extreme, overly violent sadomasochism. Meanwhile, the high schooler is struggling with how others perceive her sexuality. While her dads are supportive, Scarlett worries how her peers will react and feels no need to profess her sexual orientation to the school.

However, one of the popular girls, Maya (Paris Jackson), seems to like her. She flirts with Scarlett and invites her to a slumber party, teasing the prospect of a hook-up through suggestive emojis. While Scarlett’s friend, Shanti (Belissa Escobedo), warns her it’s a setup, Scarlett is in denial. Unfortunately, Shanti was right. After Maya lures Scarlett into her bedroom, she live streams their brief kiss and Scarlett opening up about her sexuality and affinity for BDSM. While Shanti texts Scarlett to let her know she’s being tricked, it’s too late. The damage is done, and Scarlett proclaims that her life is over.

Devastated, she returns home, where she devises a plan for revenge. Through the threat of killing herself and getting the girls brought up on federal charges, she lures Maya and her posse to the Murder House basement. Upon entering, the doors slam shut, trapping them inside, much like Carrie. With the help of American Horror Story‘s Infantata, Scarlett dons the rubber suit and takes the girls out one by one.

While Scarlett lacks Carrie’s telekinetic abilities, the moment sparks a resemblance to Stephen King’s famous story. It’s a revenge tale that cautions the dangers of bullying and what happens when the victim fights back with deadly consequences. However, while audiences root for Carrie despite her murderous rampage, American Horror Stories makes Scarlett largely unsympathetic. The episode muddies Scarlett’s character with her fetish for violence and desire to hurt others. Later, “Rubber(wo)Man Part Two” evens sees her murdering a group of innocent haunted house actors just for the fun of it.

In contrast, King lays out the foundation for Carrie’s big showdown against her tormentors. Carrie has no support and ultimately reaches a breaking point with an overbearing, abusive mother, neglectful teachers, and cruel classmates. In Scarlett’s case, her supportive dads offer her therapy. Still, American Horror Stories implies Scarlett harbors inherent darkness that repels rehabilitation. While it’s clear Murphy and Falchuk wanted to explore other themes, like teenagers being exposed to pornography on the Internet, their choice to make Scarlett a villain ruined the episode’s Carrie moment and the valuable moral lesson King’s novel drove home.

Jeanette White is a writer, horror fanatic and video game enthusiast from Boston. This self-proclaimed nerd enjoys finding the next big scoop in the world of entertainment. She currently works as a TV/Movie editor and feature writer for Comic Book Resources. Jeanette is also the author of two horror thrillers, Shattered and The Other Inside. She sporadically rambles about horror books and films on her website jmwhitefiction.com.

Superman ’78 #1 Preview Furthers the Adventures of Christopher Reeve’s Man of Steel
10 Great Arcade Games That Never Got A Home Release Of Any Kind
Aquaman 2: Petition to Remove Amber Heard Had No Impact on the Film
Black Cat vs Nick Fury: Why Spider-Man’s Ex Destroyed the MCU Spy
Top 10 Anime With The Coolest Jobs | CBR