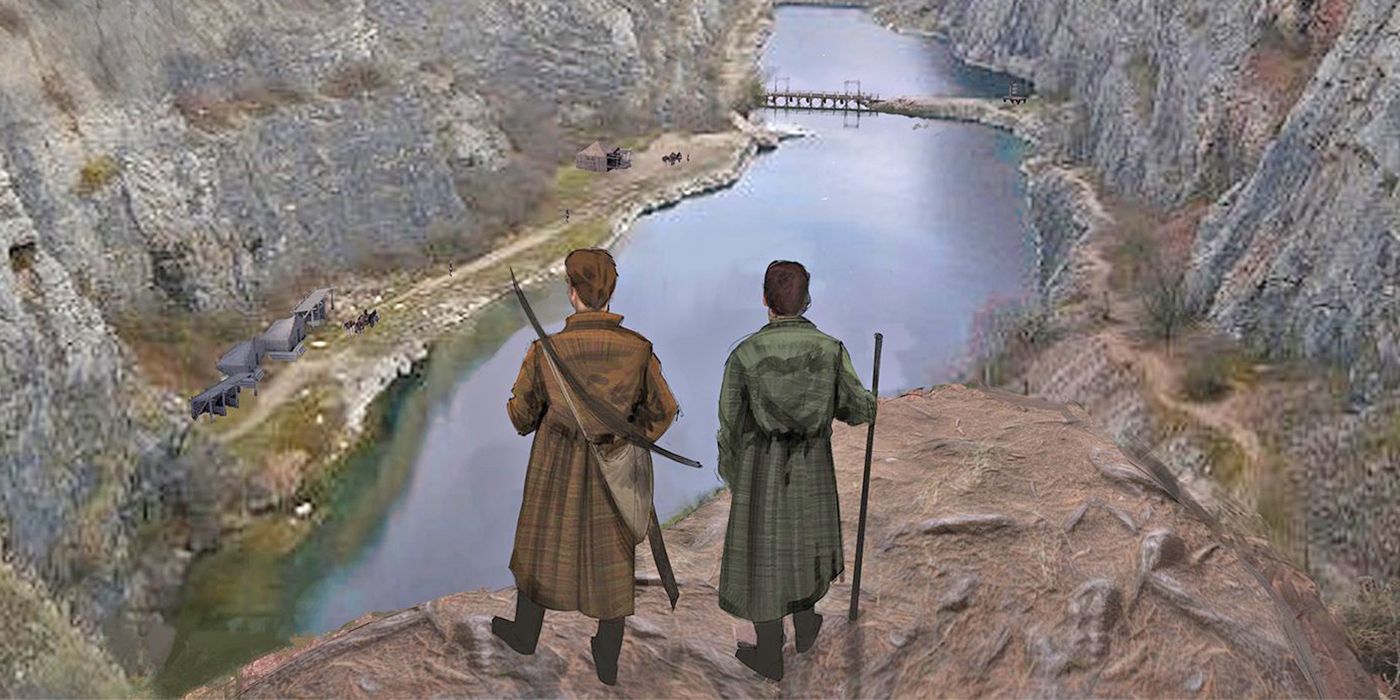 With the premiere date for Amazon Prime Video’s The Wheel of Time still unknown, production has begun on the epic fantasy series’ Season 2.

The official Twitter for the show posted an image showing its Season 2 clapperboard on Monday, July 19. The background of the photo, although blurry, appears to be an indoor set, with a table bearing various objects and daylight coming through a window. The text of the tweet reads, “And the wheel keeps weaving… Filming for Season 2 of our series kicks off today! #TheWheelofTime”

Due to delays caused by the coronavirus pandemic, the first season of The Wheel of Time has yet to premier. However, an early renewal for Season 2 was announced in May. It’s likely that each season of the show will roughly correspond to the books that inspired it, but so far, there have been no casting announcements regarding the additional characters who joined the story in the second book.

First published in 1990, Robert Jordan’s The Wheel of Time high fantasy series consists of fourteen novels, the final three of which were co-written by Brandon Sanderson following Jordan’s death in 2007. The series, which follows a group of young villagers coming to terms with their own powers while being drawn into a worldwide conflict, is set in a world in which only women can wield the magical One Power without losing their sanity. It became a cornerstone of modern epic fantasy, known for its unique worldbuilding and expansive scope.

Executive produced and written by Rafe Judkins, The Wheel of Time stars Rosamund Pike as the Aes Sedai Moiraine and Daniel Henney as her Warder, Lan. The five young people accompanying them will be played by Josha Stradowski, Marcus Rutherford, Zoë Robins, Barney Harris, and Madeleine Madden.

Although Amazon has not yet announced a premiere date for The Wheel of Time‘s Season 1, it is confirmed to be before the end of 2021, with a trailer expected to drop soon. A prequel film, titled Age of Legends, is also planned, with Thor writer Zack Stentz signed on for the script. Age of Legends will cover the prehistory of the series, explaining how the Aes Sedai were founded and why the male side of the One Power became corrupted.

Atypical Continues to Kick Elsa When She’s Down
Related Topics

Mira Jacobs was bitten by a radioactive apostrophe which transformed her into a writer and news editor for CBR. She lives in Colorado with a man and a dog and a cat and a bird and another, slightly fatter cat.
You can drop her a note at mira.j@cbr.com or find her on Twitter.