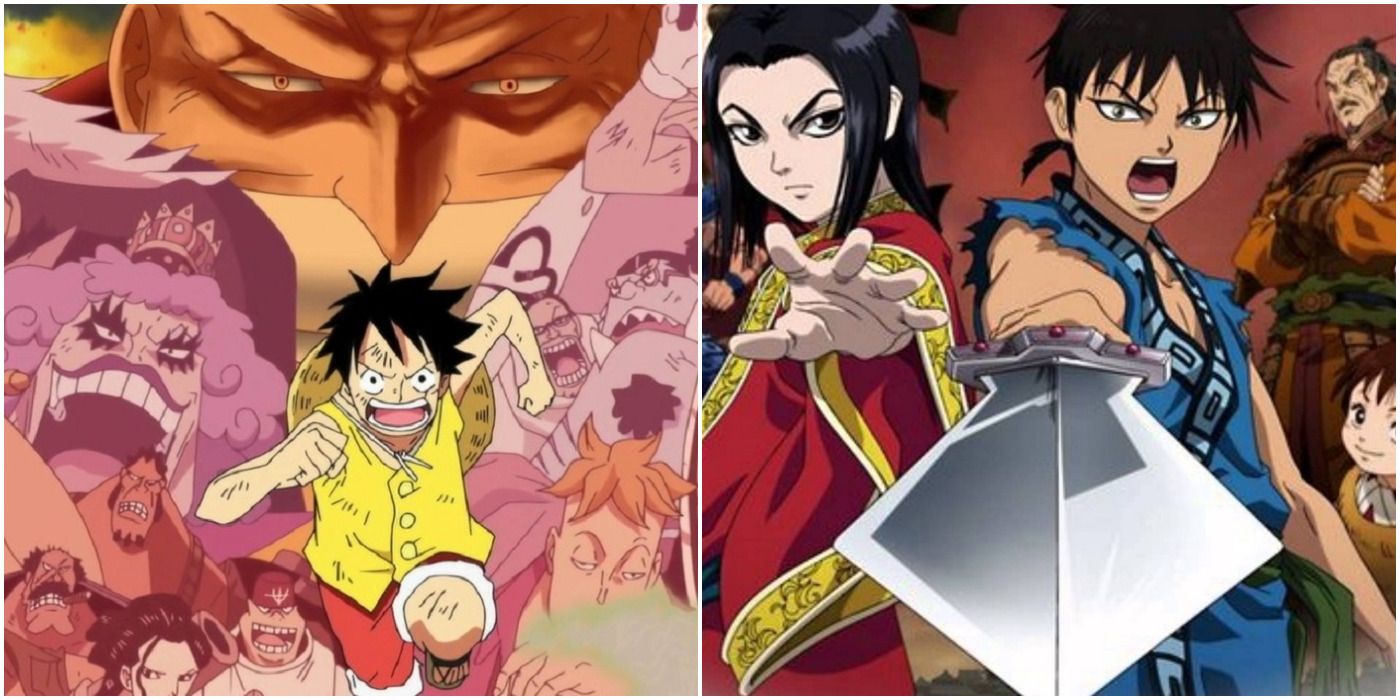 The only thing nearly as common in an action anime as a tournament is a war arc. Some anime spend their entire runs in the midst of a massive war, while others are able to enjoy peace before the war breaks out and changes their protagonists’ lives forever.

RELATED: 11 Anime Based on Arthurian Legend That Are Not Fate/Stay Night

Strictly speaking, a war arc is defined as two or more massive factions battling for some goal, either openly or in the shadows. Like tournament arcs, war arcs are meant to involve as many characters as possible, testing everyone’s resolve as they’re faced with challenges — and challengers — to their goals. Often, protagonists don’t win these wars but are more swept up in them, reminding viewers even main characters aren’t in control all the time.

The Holy Grail War comes from the Fate/Stay Night universe, and is what the original series and its spin-offs were based around. Every sixty years, a collection of chosen mages summon Servants, who can be real or fictional historical figures, to fight in their stead. At the end of the game, the Holy Grail is generated, and the relic is capable of granting a wish to the winners.

The Holy Grail War is a major part of both Fate/Zero and Fate/Stay Night: Unlimited Blade Works, and while it occurs in multiple other Fate series as well, those two together created some of the best fantasy action scenes in anime in the 2010s.

The second season of Dr. Stone was short, but it did a great job of setting up the idea that Senku wasn’t automatically going to have everyone in this world bow to him. While Senku has the benefit of technology on his side, he still has to go up against Tsukasa and a number of humans with experience in the modern world.

It’s an uphill battle for him, and Ishigami Village has to make several jumps in technology to keep the war from getting out of hand really quickly. This story also brought back Taiju and Yuzuriha, two characters who had been missing in action since the start of the first season.

Kingdom‘s entire story is centered around China’s Warring States era. It centers on a young man named Shin, who teams up with Zheng Ying, the young king of Qin. Shin’s aim is to become the greatest general in China, while Zheng Ying’s goal is to become the Emperor of China. It’s a massive war epic that introduces dozens of characters as the protagonists push toward their goal to unify the entire country. Though Kingdom had its issues with animation early on, it’s still considered one of the better anime of the 2010s.

7 Yu-Gi-Oh! Arc-V Is A War Between Dimensions

Technically, all of Yu-Gi-Oh! Arc-V is just one big war arc. The idea of the series is that there are four different dimensions, with each one split into different sides based on the type of monsters they’re known for summoning. There’s a Fusion Dimension, a Synchro Dimension, and the Xyz Dimension, along with the Standard Dimension, later renamed the Pendulum Dimension.

RELATED: 10 Anime Characters Who Would Hate Getting Isekai’d To Our World

The Fusion dimension and their army at Academia are aiming to conquer all of the other dimensions, and have completely torn apart the Xyz Dimension, leaving only a small band of resistance fighters. How the characters deal with this war is the main storyline of Arc-V, and makes for one of the better series in the franchise, if only because a ton of familiar faces from the Yu-Gi-Oh! universe are featured as guest characters.

The last arc of Bleach went for an all-out battle between the Quincy and the members of the Soul Society. The Vandenreich boasted some incredible abilities, and the primary villain claims some key victories while the heroes are still struggling to figure out how anyone could fight on their level to begin with.

While the ending left something to be desired, this still surpasses every other war arc in Bleach by sheer scale and by giving tons of characters their moment to shine. Technically this isn’t an anime arc yet, but with Bleach getting a new adaptation soon, it’s only a matter of time.

Several of Fairy Tail‘s arcs could be described as war arcs, but the Alvarez Empire is the one everyone talks about after finishing the series. Preparing to take down Acnologia, Zeref gathers all of his Alvarez forces: thousands of troops as well as the Spriggan 12, his personal protection force and twelve of the most powerful mages on the planet.

It’s a long fight that involves not just Fairy Tail, but every major guild in Fiore. While the arc isn’t entirely a success because it doesn’t stick the landing, it’s still got some amazing character development — and gives the Sabertooth guild one of its best moments in the show.

Also known as the Whitebeard Saga, the Summit War technically breaks down into other arcs like Impel Down and Marineford. Even separated, those arcs are considered some of the best storytelling that One Piece has to offer, and united, it easily catapults into the ranks of the top war arcs of all time.

The story is set around the war between the government and Whitebeard’s pirate army in an attempt to stop Luffy’s brother Ace from being executed. Filled with memorable fight scenes and resulting in a major turning point in the series, any anime fan looking for a proper war arc wouldn’t be disappointed here.

The Legend of the Galactic Heroes‘ storyline all comes down to a war between two opposing forces: the original Galactic Empire and the Free Planets Alliance. The two of them have been stuck in a stalemate for a century, and it isn’t until both of them acquire genius military leaders that the war picks up again. This is probably the most widespread war, as it takes place across entire star systems and the collateral damage is in the billions rather than the hundreds. Still, The Legend of the Galactic Heroes is some of the best space sci-fi ever created.

The One Year War storyline is something that should have wrapped up in the original Mobile Suit Gundam, but Bandai-Namco has instead revisited the arc several times over. It would be terrible if the subsequent series, like Gundam 0080 and 08th MS Team, weren’t so amazing.

The battle is between the Earth Federation Forces and those of the Zeon, who seek independence for their space colonies from the control of the Earth. This war created some of anime’s most recognizable protagonists, like Amuro Ray, as well as some of the most iconic mecha of all time. Even now, Bandai is creating amazing fiction like Mobile Suit Gundam: The Origin based on a war that only lasted a single year in-universe.

Naruto spends much of its narrative building to this without the fans being aware of it. Though the previous world wars were fought between the ninja villages, this one is fought between the Five Great Shinobi Countries and the forces of the Akatsuki.

When the villages refuse to hand over the last tailed beasts, they’re forced into a war against the Akatsuki’s Zetsu army as well as all of the ninja revived by Kabuto. It’s the longest arc in Naruto, but also arguably the best, and certainly features one of the coolest fight scenes: the Five Kage battling Madara Uchiha.

NEXT: 10 Anime Characters With The Most Embarrassing Secrets

Staff Writer for CBR, Sage Ashford has also written for Comicon as well as other sites such as The Gamer, and has been doing freelance work since 2014, and been working for CBR since 2017. His focus is primarily on spreading the word on obscure anime, comic books, and games whenever possible.