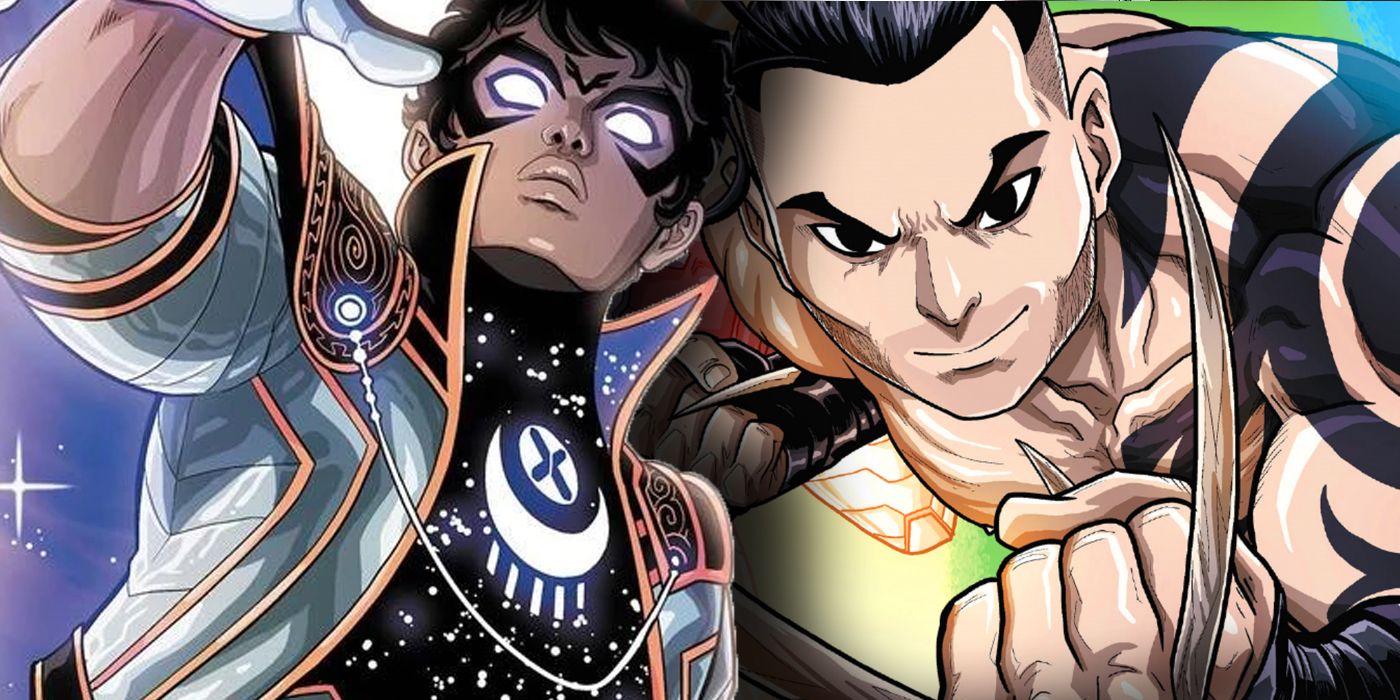 As a mutant island-nation, Krakoa is filled with countless mutants from across the globe. With Krakoa’s immense population, many of its mutants have long-standing history with each other, for better or worse. As such, one new mutant just arrived on Krakoa who shares a deep history with Wolverine‘s son, Daken.

This new mutant is Carl Valentino, aka Somnus, making his debut in “Man of His Dreams,” a short story in Marvel’s Voices: Pride #1. Carl met Daken in Canada, way back in 1967. The two shared what felt like decades together, growing older and getting to know each other. When Daken awoke, however, he found that he and Carl had only shared one night together.

This was able to happen because Carl is a mutant who possesses the unique ability to controls dreams. By controlling his and Daken’s dreams, Carl was able to extend their one night into a lifetime together. After Daken left, Carl decided to devote his life to being a family man.

Not only did Carl raise his sister and brother, he spent the next 50 years focusing on the rest of his family as well. As he grew older, Carl didn’t reveal himself as a mutant, living out the rest of his life as a human.

Daken points out that Carl may have lived a good life, but it was a life which he had to compromise for the sake of others. Like several many other mutants, Carl hid who he really was which, according to Daken, limited Carl’s potential.

For this reason, after Carl’s death Daken took his body to Krakoa, where he was resurrected. Moreover, Carl returned in the prime of his youth, with full memories of his life. Reborn, Carl renamed himself Somnus, gifted with a colorful costume by Jumbo Carnation.

At the end of the tale, it’s teased that Somnus will appear around Krakoa next year. Clearly, Somnus’ time is just beginning, opening the door for a new character in Marvel’s cast of mutants. Living his life as merely Carl Valentino, Somnus never had the chance to experience life as a mutant before. It will be interesting to see Somnus experiment with his powers and openly live his new life as a mutant on Krakoa.

In this way, Daken has truly given Somnus a new chance at life. The connection between Daken and Somnus is something special and provides a new piece of Daken’s history. It’s pretty rare for someone to share a positive connection with Daken, so Somnus provides a true sense of pathos to Daken’s story. If Somnus is to appear in the future, it will be interesting to see how he and Daken reconnect over time.

It certainly seems as if Somnus brought out the best in Daken, who has taken a more positive direction during the Krakoan era. Additionally, the powerset of this new mutant is very intriguing, offering up several possible uses. Controlling dreams could help eliminate other mutants’ nightmares, delve into their psyches or simply be used for recreational purposes.

Since he’s never had a chance to experiment before, Somnus can now work with his powers more than ever. Somnus is someone who has lived a full life, yet also returned to the body of a young man. This opportunity gives Somnus the wisdom of a much older man, with the potential to explore his new life and powers for decades.

Somnus’ second chance is quite extraordinary, providing him with an opportunity that most people can only dream about. Carl’s story is indicative of the miracles that mutantkind can perform, giving people a second chance at life. In this way, the mutant race is truly advancing beyond the reach of humanity.

KEEP READING: X-Men: Why Namor Is the Most Wanted Mutant in EVERY Universe

Nabeel Gaber is a longtime follower of comic books, cartoons and anything sci-fi. He’s based in Houston, Texas, keeping up to date with all of the latest comics, movies and television series. Nabeel is a graduate of Trinity University, working now as a freelance comic book features writer. In his spare time, Nabeel enjoys running, improv comedy, and, above all else, reading comics.