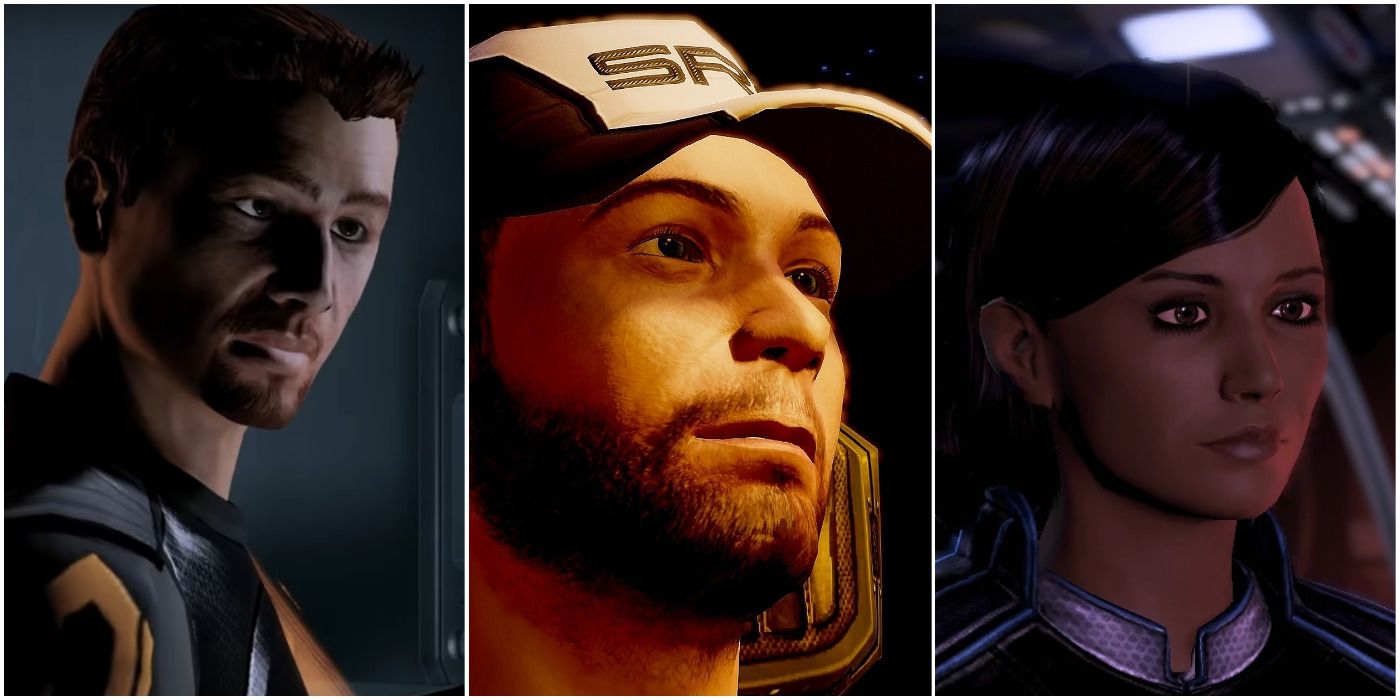 The hero of the Mass Effect universe is Commander Shepard, and the Commander is famed for achieving some of humanity’s greatest victories, such as when the Reaper Sovereign was defeated and Saren was taken down. But of course, Shepard can’t do it alone; they need a loyal crew aboard both version of the Normandy, and Shepard is very much a team player.

RELATED: Mass Effect: 5 Renegade Actions That Are Justified (& 5 That Are Not)

On one hand, Commander Shepard always has a squad of powerful allies at their back, from the turian sniper Garrus Vakarian to biotic powerhouses like Samara the asari justicar and Miranda Lawson. Then there are the ordinary crew members of both Normandys, who don’t need to hold a rifle to contribute to Shepard’s mission. Who are they, and what do they do?

This particular character didn’t even have a name, and his personality was generic at best. But that’s no reason to dismiss him. During the events of Mass Effect, Shepard will need better and better weapons and armor for battle, and plenty of vendors are looking to sell.

Conveniently, the Alliance Requisitions Officer is always right there in the SSV Normandy‘s lower deck, so Shepard doesn’t even have to stop by a particular planet or space station to meet him. His items are pricey, but later on, Shepard can afford them, and once in a while, the officer will have an incredibly powerful rifle or armor suit available.

9 Kenneth Donnelly Is A Funny Fellow Down In Engineering

Kenneth Donnelly is an engineer, and he served in the Alliance Navy for years. In 2183, he was there during the Battle of the Citadel, but he grew bitter when the Alliance declared Shepard dead and denied the Reaper threat. So Kenneth quit and joined the Cerberus organization instead.

In 2185, Commander Shepard meets Kenneth in the Normandy SR-2’s engineering deck, an upbeat and amusing fellow who tends to babble about tech or invite people to play poker with him. He’s also a bit dense, but not at all mean.

Gabriella Daniels is in charge of the Normandy SR-2’s propulsion system, and she is rarely seen without Kenneth by her side. She knew him during his Alliance days, serving abroad the same ship before defecting to Cerberus alongside him. They both work in the Normandy‘s engineering deck as of 2185.

Compared to Kenneth, Gabriella is a bit upright and humorless, but she means well, and she’s always game for poker if there’s down time. She also nursed a charming crush on Kenneth, and got increasingly annoyed as Kenneth commented on other women such as Jack and Miranda. Won’t Kenneth ever look Gabriella’s way?

Kelly Chambers is a licensed psychiatrist, and her role as the Normandy‘s yeoman was just an outward excuse to keep her on the ship. The Illusive Man really intended for Kelly to monitor the psychological profiles of all Normandy crewmates, especially Commander Shepard. This was a stressful mission, after all, and there were some clashing personalities aboard.

Kelly is a friendly and compassionate person, and she’s highly perceptive and intuitive. She’s one of only to people to notice if the deadly Morinth takes Samara’s place, and by Mass Effect 3, Kelly has quit Cerberus and started helping refugees aboard the Citadel. Kindness is simply her nature.

Every ship needs an engineer, and as of 2183, the SSV Normandy‘s engineer was a man named Greg Adams, and he learned to get along with his new friend Tali’Zorah nar Rayya. Like Adams, Tali loves ships and can easily diagnose and repair issues with their inner workings.

RELATED: Mass Effect: 10 Squadmates That Didn’t Live Up to Their Potential

This gave Adams and Tali common ground, and they formed a polite friendship. They greatly respect each other’s abilities, and in 2186, Shepard welcomed engineer Adams aboard the new Normandy, and Adams was in awe of its expanded capabilities. He doesn’t like Cerberus, but he does like their ships.

Dr. Karin Chakwas is another longtime companion of Shepard’s, having already been a crewmate aboard the SSV Normandy when Shepard was first assigned to its crew under Captain David Anderson. Chakwas did her best to help Shepard after the Commander touched the Prothean beacon, and compared the visions to intense dreaming.

Dr. Chakwas is more loyal to Shepard than she is to any organization, ship, or creed, and that is commendable. In 2185, Chakwas eagerly joined the new Normandy‘s crew, trusting only herself with Shepard’s health and general well-being. No other doctor will do.

Rupert Gardner takes pride in his work ethic and his willingness to do a thankless job for the sake of others. Shepard mainly knows him as the second Normandy‘s chef, but he’s also a janitor and repairman of sorts. HVAC and plumbing are his responsibility, and he usually washes his hands after doing this dirty work.

Gardner is more down-to-earth than most other characters, being comfortable in his blue-collar lifestyle both before and after joining Cerberus. He’s a bit prickly at times, but means well, and he seems to enjoy making creative dishes for the crew in the mess hall. A ship like the Normandy really needs a normal fellow like him around to keep things in perspective.

Samantha Traynor joined the Normandy SR-2’s crew in 2186 as an Alliance Comm Specialist, and her charming personality and fun hobbies, such as chess made her easy to like. Samantha is a professional with a whimsical side, meaning she is comfortable with the balance in her life.

Better yet, Samantha was the one who deduced Kai Leng’s location after the disastrous defeat on Thessia, and without her help, Shepard never would have found the Sanctuary base. This victory helped put Shepard back on track to defeat the Reapers.

2 EDI Started Off As A Helpful Computer Program

During the events of Mass Effect 3, the artificial intelligence EDI can fight with Shepard in a robotic body, but back in Mass Effect 2, this was not an option. At the time, EDI was purely software, a shackled AI that handled the Normandy SR-2’s cyberwarfare suites, among other duties.

EDI could even help Joker pilot the ship to a degree, and they made a good team. Once unshackled, EDI felt like the Normandy was one giant metal body, complete with senses, and that made EDI more effective than ever.

1 Joker Is The #1 Alliance Pilot

Neither Normandy would get very far without the Alliance’s best pilot, Joker, at the helm. Alliance Flight Lieutenant Jeff Moreau was ironically nicknamed “Joker” since he was so serious and self-absorbed at flight school, and in Mass Effect, he certainly was aloof and bitter.

But that changed by Mass Effect 2, when he became much happier and more relaxed, and he lived up to his callsign at last. Joker has flown Shepard in and out of all kinds of trouble as a fearless ace pilot, and he is also highly empathetic and keeps things in perspective with both humorous quips and surprisingly deep and serious observations about war, life and more.

NEXT: Mass Effect: 5 Times Shepard Was the Hero (& 5 Times a Squadmate Was)


Next
10 Best Glass Cannon Pokémon In The Games, Ranked

Louis Kemner has been a fan of Japanese animation since 1997, when he discovered Pokemon and Dragon Ball Z in elementary school. Now he’s a bigger anime/manga fan than ever, and is ready to share what he knows with readers worldwide. He graduated high school in 2009 and received his Bachelor’s in creative writing from UMKC in 2013, then put his skills to work in 2019 with CBR.com. He’s always looking for a wonderful new anime to watch or manga series to read. You can reach him at lkem9000@yahoo.com.