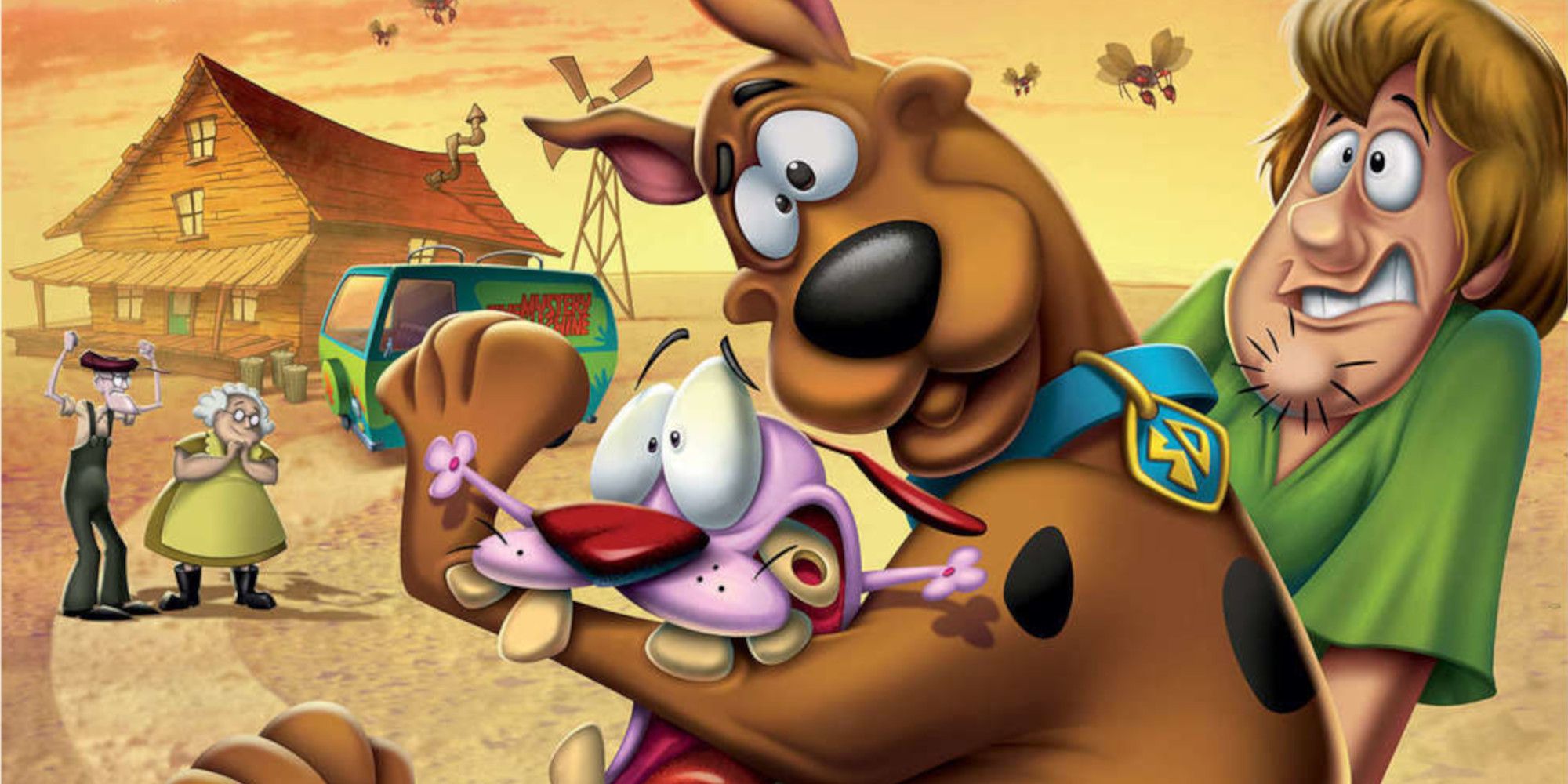 In a statement, director and producer Cecilia Aranovich said, “[The film] is definitely going to trigger acute nostalgia for those of us who grew up watching both Scooby-Doo and Courage shows, and it will also bring these wonderful characters to a new generation of viewers,” SyFy Wire reported.

The film will be released in September in DVD and digital formats. In the trailer, Scooby and Shaggy, Fred, Daphne and Velma come to the home of Courage’s owners, Muriel and Eustace Bagge, and find themselves contending with human-sized cicadas.

Aranovich said, “Merging the two worlds in a cohesive manner was one of the most challenging aspects of production. But I feel we found the right balance by bringing in the design elements and the color palette from the Courage world, as well as infusing Scooby and the gang with the more over-the-top takes and reactions that are so characteristic of Courage. The movie is filled with Easter eggs from the first Courage series, and it is packed with quirky humor, offbeat characters, outlandish action scenes and, of course, the mystery factor that is inherent in every Scooby-Doo! plot.”

As a bonus, three Scooby-Doo episodes — “Decoy for a Dognapper” from Scooby-Doo, Where Are You? and “Chiller Diller Movie Thriller” and “The Gruesome Game of the Gator Ghoul” from The Scooby-Doo/Dynomutt Hour — are included.

Courage the Cowardly Dog aired on the Cartoon Network from 1992 to 2002. Scooby-Doo, Where Are You! was part of the CBS Saturday morning lineup from 1969 to 1970, followed by numerous sequels, spinoffs and animated and live-action movies.

Directed and produced by Cecilia Aranovich and written by Mike Ryan, Straight Outta Nowhere: Scooby-Doo Meets Courage the Cowardly Dog stars Frank Welker, Marty Grabstein, Grey Griffin, Matthew Lillard, Kate Micucci and Jeff Bergman and debuts Sept. 14. The DVD price is $14.99 in the United States and $19.99 in Canada; the Digital price is not yet set.

KEEP READING: Courage the Cowardly Dog May Hide an Homage to… Friends!?

As a long-time comics fan and one-time aspiring artist, Kelvin Childs is happy to be a contributing writer for CBR. He writes stories about comic books, movies and TV shows that are chock-full of behind-the-scenes lore and stuff you didn’t know about your favorite characters, programs and films. He watches most of the Arrowverse shows, enjoys DC Extended Universe and Marvel Cinematic Universe movies, and likes comics from Marvel, DC and other companies equally.

He has worn different hats in his career, including features editing for Gannett News Service and Newhouse News Service, dealing with TV coverage and music coverage, movie reviews, humor columns and political commentary. He also was a freelance copy editor for BET’s YSB (Young Sisters and Brothers) Magazine.