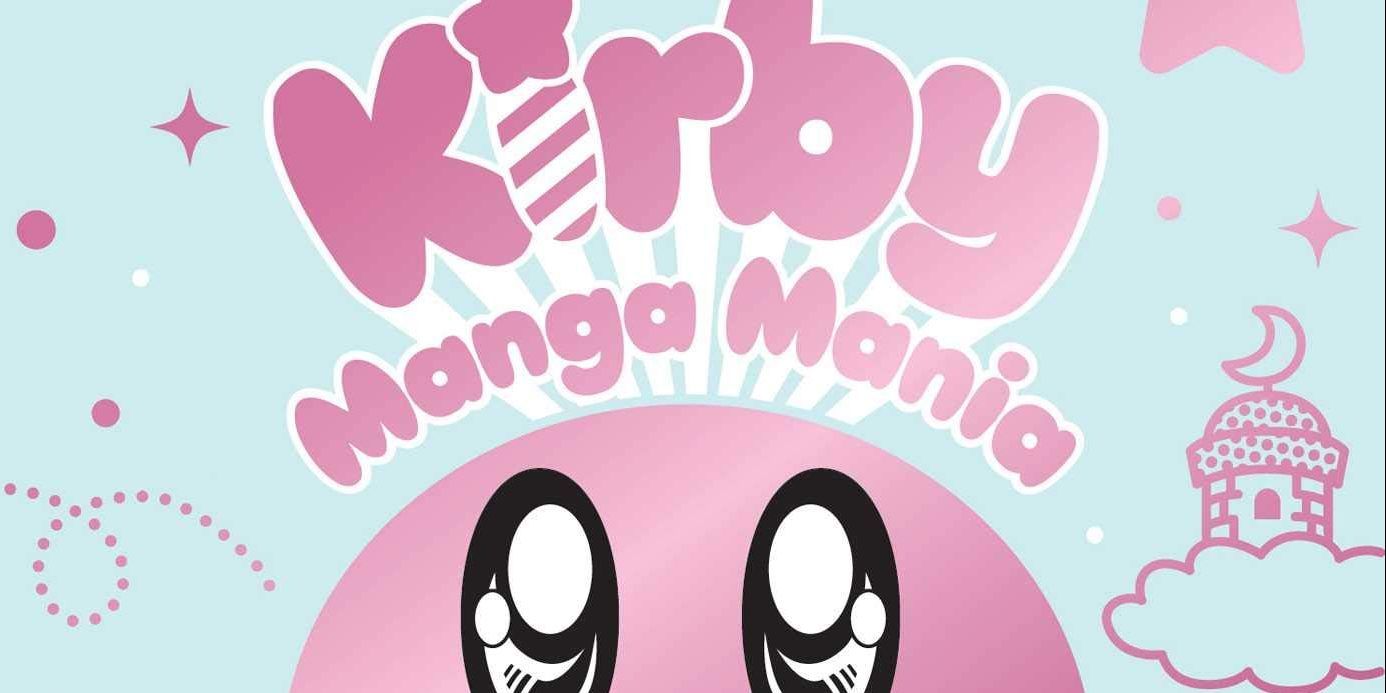 From the video games to the childhood favorite Kirby: Right Back At Ya!, Kirby as a character has endured, at least in part, thanks to his overwhelming cuteness. The little pink puffball is at best chaotic good in most of his appearances, but his wide-eyed smile, pudgy little arms and the adorable little sounds he makes are enough to excuse pretty much any crime. But this mostly works because Kirby can’t speak.

Published in English by Viz Media, Kirby Manga Mania, a “greatest hits” collection of stories from Hirokazu Hikawa’s long-running Kirby manga, basically annihilates everything that makes Kirby cute in the name of comedy. How effective this comedy is at what it does, however, largely depends on how old you are.

RELATED: Fist of the North Star Vol. 1 Is a Perfect Intro to the Shonen Classic

Kirby Manga Mania features a variety of short, comedic stories very clearly aimed at children. Its rapid-fire, slapstick humor and the over-the-top reactions of its core characters are fairly typical of these sorts of adaptations, and with the adaptability of the format, it’s easy to see why the Kirby manga had such longevity. Has such longevity — Manga Mania also features Hikawa’s first new chapter in the series in around a decade. But even with a brand new chapter, the formula isn’t shaken: King Dedede wants something, Kirby ruins it, everyone laughs. Not that Kirby demands a particularly deep story, but the repetition wears a bit thin halfway through, especially considering how awful Kirby himself is.

For some reason, Kirby speaks in Manga Mania. While it should be cute, and Kirby certainly attempts to be, he really just comes off as a selfish little trash ball with no home training. For example, in the first story, Dedede and his subjects prepare for a flower-viewing party, only for Kirby to crash the event, get totally wasted, eat all their food and destroy all the flowers everyone came to see. In another chapter, Dedede is prepping his castle for a typhoon when Kirby decides to “help” by eating all his rations and destroying the castle with his copy ability to “test” its disaster preparedness. These scenarios are funny in theory, but Kirby is so grating that it’s hard to feel anything outside of pity for King Dedede. Maybe he was always like this, but at least we never had to know.

RELATED: Kirby Is More Innovative Than Players Give Him Credit For

Kirby’s personality is a symptom of a larger issue across Manga Mania: standards. Kirby is the way he is not because he’s Kirby, but because it’s the standard for these types of stories. Hikawa says as much in his author’s notes, mentioning how he chose particular scenarios for the characters (and vice versa) because “it’s that type of story.” The characters are interchangeable, the stories are interchangeable. While there’s plenty of fun fluff to be found in Manga Mania, none of it is distinctly Kirby. Not even Kirby himself.

That said, a kid sibling or younger cousin might find a lot of joy in Manga Mania. The high-energy antics and slapstick comedy are clearly meant for people like them. For Kirby fans, though, the manga reads more like a character assassination of the (formerly) lovable pink puffball.

KEEP READING: Why Smash Bros’ Kirby May Be More Powerful Than You Realize

Kiara Halls is a Features editor for CBR Anime & Manga and lover of old, obscure manga. A University of Georgia graduate, she writes comics and tends a YouTube channel in her free time.

Lord of the Rings: Peter Jackson Had to Fight to NOT Kill a Hobbit
Dark Souls: 10 Quest Line Endings That Show How Unrelentingly Dark The Series Is
South Park: 10 Most Ridiculous Randy Marsh Plotlines | CBR
Black Panther’s Hulkbuster Suit is Stronger Than Iron Man’s Armor
10 Anime Side Characters Who Should Have Been The Protagonist Instead