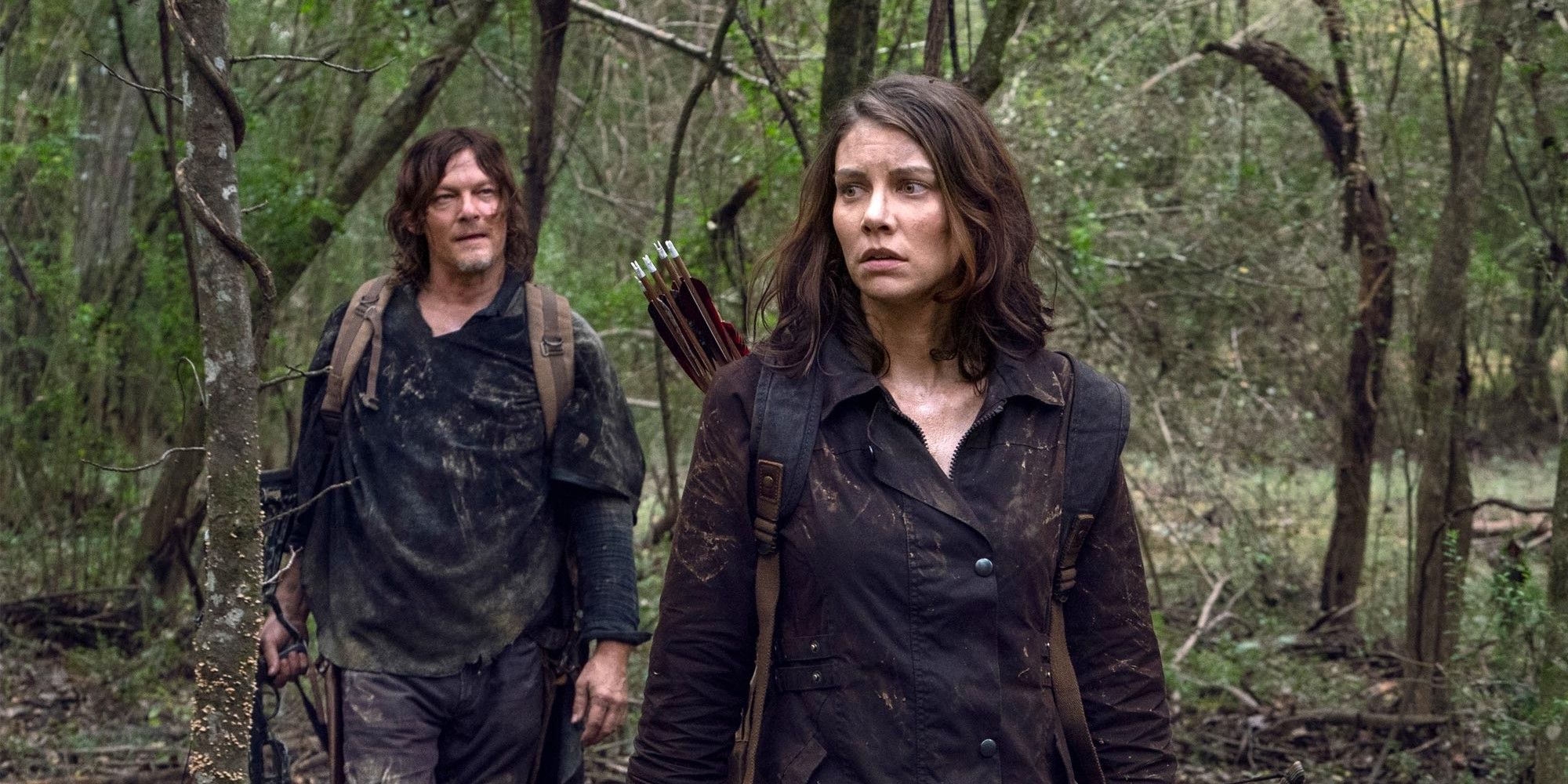 Since 2010, The Walking Dead has told the story of a group of survivors after a zombie apocalypse. Now, as Season 11 looms on the horizon, the hit AMC show nears the end of its long and successful run — but the stakes are higher than ever. The final season promises flair, excitement and, of course, more walkers. However, the official Season 11 synopsis and comments from writer/producer Jim Barnes suggest The Walking Dead will return to its apocalyptic roots that took center stage in earlier seasons.

For half of Season 9 and the majority of Season 10, The Walking Dead protagonists were enveloped in a war with the Whisperers. Led by the sadist Alpha, the Whisperers fully embraced the animalistic parts of survival by wearing zombie skins and walking amongst the dead. However, Alpha did not like outsiders encroaching on her way of life, so she decided that the heroes needed to be destroyed. A season and a half later, the group has weathered Alpha’s storm but just barely.

The communities that once stood are no more. The Kingdom and the Sanctuary both crumbled. Hilltop burned, and Alexandria was destroyed. Although they tried to rebuild Alexandria, the damage was worse than they thought. This is confirmed by the Season 11 synopsis, which reads, “Alexandria is severely compromised, left a former shell of the home it once was from the carnage and devastation left behind by the Whisperers.” Much of what the group knew is gone, which looks to have major ramifications for The Walking Dead‘s final season.

From where things stand, it seems likely that Season 11 will bring about the end of an era with Alexandria the last community to fall after all these years. The synopsis also states that “Alexandria has more people than it can manage to feed and protect.” The return of Maggie and her group means that there are more people than ever at Alexandria, and right now, it simply can’t support everyone. The lack of food, supplies and building materials means that people will be forced to venture out to find more, and the Reapers promise to be a threat to that process. As such, the protagonists may not succeed in rebuilding and have to abandon what was once their home.

However, it may not even be an external threat that does them. Maggie hasn’t forgiven Negan for killing Glenn, and Carol and Daryl are not exactly speaking. It’s possible that the close quarters and internal strife could boil over to a point where Alexandria cannot be saved from itself. Either way, it points to abandoning Alexandria and hitting the road.

This is not completely speculation, though. In regards to The Walking Dead Season 11, Barnes said, “We’re kind of getting back to a road show vibe for a minute. I love Seasons 1 and 4; I think those are my top two seasons of the show with Terminus and the CDC.” While he could be referencing the need to search for supplies, he could also be hinting that Alexandrians could be traveling while looking for a new home.

There is also the fact the Commonwealth has been poised to take on the role of Season 11’s major antagonist. Already — and unbeknownst to everyone else — Eugene, Ezekiel, Yumiko and Princess are being held captive by the new villains. If they don’t return, everyone will have to rescue them, especially if they plan to move locations.

There are also a few practical reasons why Alexandria should fall before the end of Season 11. Let’s face it, The Walking Dead is not what it used to be. Seasons 4, 5 and 6 were the show’s heyday, garnering between 13 and 14 million viewers per episode. Since then, viewer rates have been steadily declining, with Season 10 only averaging around 3 million. So, it seems like Barnes’ comments about utilizing a “road show vibe” are a concerted effort to return The Walking Dead to its roots.

Ever since Negan arrived in Season 6’s cliffhanger episode, the show has lost its touch. While that’s not Negan’s fault per se, his appearance partially changed the series’ genre. Up to that point, most of The Walking Dead‘s focus was survival. After Negan, and especially with the Whisperers, the show almost turned into a war-like melodrama. It transitioned into a big community versus a big community, where fighting for dominance and causing destruction was more important than fighting against nature. As such, The Walking Dead almost completely lost its apocalyptic vibe.

AMC seemed to realize that when it announced its next spin-off project, the Daryl and Carol road show. While the spin-off appears to return the universe to its apocalyptic roots, Season 11 has to set up a reasonable transition to that dynamic. Story arcs where the group was on the road felt more natural. It was about desperation and survival, looking for a place to belong and be safe. However, once the protagonists found those things, it never quite felt the same. Obviously, the world is trying to rebuild. However, with the bigger the communities, the apocalyptic theme played support to the drama. In that regard, hopefully, The Walking Dead will end how it began – with a focus on survival, not just conflict.

Every BoJack Horseman Season Ranked, According to Critics
Related Topics

Blake Hawkins has written TV and movie features and recaps for CBR since March of 2021. He writes about everything from NCIS to Stranger Things to The Walking Dead and everything in between. Mostly, though, he most enjoys writing about Star Wars. In fact, as recent graduate of Greensboro College’s honors program, Blake wrote his thesis on Star Wars and its religious connections. He now lives with his family in Lynchburg VA and is an avid outdoorsman. Feel free to contact him with article ideas and theories at his email hawkins.blake12@gmail.com, or find him on Facebook.

Why the GameCube Controller is Better for Smash Bros | CBR
Bob’s Burgers Teases a Blade Runner Season 12 Episode | CBR
Never Have I Ever Season 2’s Ending, Explained | CBR
10 Unique Pokémon Variants That Only Exist In The Anime | CBR
Mushi-Shi Is the Perfect Distraction From Current Events | CBR