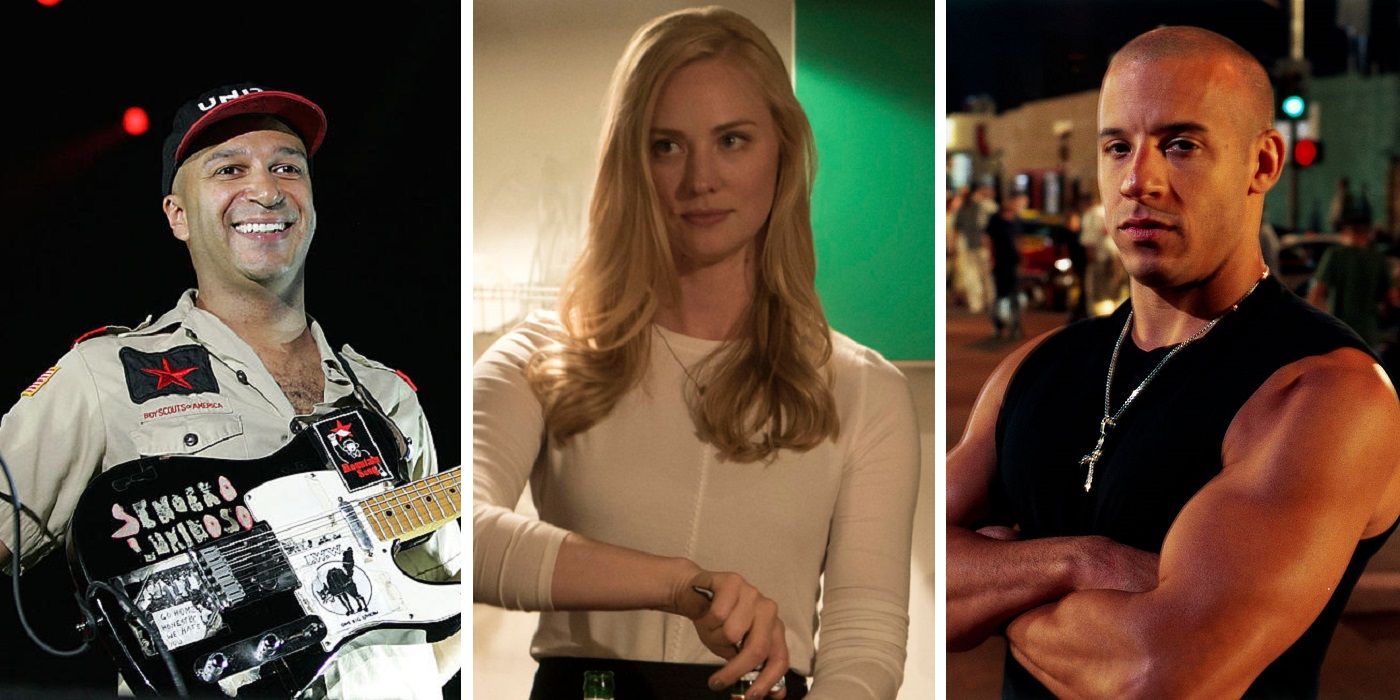 Sometimes it is hard to think of celebrities as more than a distant voice or a face on a television screen. It’s also generally pretty hard to think of some of the biggest names in media as being Dungeons and Dragons players, something that has always had a nerdy “uncool” stereotype strapped to it.

The thing is, celebrities are people too. Big-name authors, wrestlers, and musicians are allowed to have their own hobbies and interests outside of what the public sees. That includes playing silly tabletop games with their friends, just like the rest of the nerds out there in the world. Nerd culture doesn’t stop just because someone got famous.

The well-known actress of True Blood and Netflix’s Daredevil, Deborah Ann Woll had initially been introduced to the game via her manager back in 2011, and it changed her life.

Since then she has been making waves with her passion for the creative imaginings of the game, even going so far as to make it clear that she now runs her own campaigns as a Dungeon Master. At least she is having fun and showing off that popular girls can be nerds, too.

Somehow, it’s not really a shock that Fast & Furious and Riddick star Vin Diesel likes to settle down and play Dungeons and Dragons with his friends. He even played as his own D&D character Ditzy Goth in The Last Witch Hunter.

Vin Diesel is a huge nerd, his friends are huge nerds, and many of his movies make that fact extremely clear. It’s great to know that even a guy who plays in tough guy action movies is also a fan of the game.

8 The Big Show Is A Big Fan

WWE Superstar Paul Donald Wright, also known as The Big Show, was so excited when he was invited into a Dungeons and Dragons campaign while filming a movie that he brought his own dice to the table.

He mentioned playing as a half Stone Giant psychic warrior character Ullac Jotunn and was so impressed with the game that he immediately regretted not pouring all of his money into it. So even big, tough sweethearts like Big Show can still enjoy playing tabletops between his matches and granting Make-A-Wish calls to kids.

Who doesn’t know about Saturday Night Live, Austin Powers, or Shrek? Even if they are not someone’s cup of tea, they are still deeply ingrained parts of modern consciousness.

It’s not all that surprising that the voice of Shrek would be fond of the tabletop world of Dungeons and Dragons, though it does make some wonder if his passion for the game is what helped bring one of pop culture’s most famous ogres to life in the first place.

Something that many people don’t realize? Being a nerd and playing in professional sports are not mutually exclusive. Basketball legend Tim Duncan goes so far as to have a tattoo of Merlin, so it is pretty clear that being interested in sports does not mean that one has to give up a passion for nerd culture and tabletop RPGs.

Now that he is retired, perhaps he is getting really invested in a new campaign and having a whole lot of fun with it.

Felicia Day made massive waves when she created and starred in The Guild, a web series was based on her own life as a gamer. She made more waves when it came out she was a huge fan of World of Warcraft and admitted in a 2007 blog post that she plays Dungeons and Dragons.

She has done wonders for modern nerd culture with her founding of Geek & Sundry, as well as just being genuine with how she, a successful actress, is also an avid gamer. She stands tall and gives other geeky nerd girls a reason to let themselves enjoy the games they do.

What is definitely not shocking is that the fact Dwayne “The Rock” Johnson can include Gamer along with Wrestling Superstar, Actor, Musician, Comedian, and everything else that he is involved in.

Despite being such a big Hollywood name, the only reason why he would reject a session of Dungeons and Dragons would be for scheduling conflicts. He’s got a lot on his plate at any given moment, but it’s good to know that sometimes he sits down and lets his imagination wander through various dungeon crawls with some good buddies once in a while.

3 Dan Harmon Doesn’t Shock Anyone With His Gaming

As co-creator of Community and Rick and Morty as well as producer, writer, and actor, Dan Harmon has enough creativity in his little finger to build and destroy entire worlds, so it is nothing surprising to know that he plays both Dungeons and Dragons as well as Pathfinder.

Chances are, there’s a ton of overlap in his sessions and a whole truckload of homebrewing within his sessions. He’s even known to invite other big names to his gaming table and includes them in podcasts. Use that power for good and show the world that even celebrities can be massive nerds just like the rest of us.

Tom Morello is a political activist, singer, songwriter, rapper, and actor best known for his work in the bands Rage Against the Machine and Audioslave. He’s been a touring musician for years and compares Dungeons and Dragons to a game of high-stakes poker due to how everyone at the table takes their individual roles.

He may be known for playing a Dwarven Champion, but he lives his life like a wacky bard. He even introduced D.B. Weiss, co-creator of Game of Thrones to the game, spreading his bard-like passion even further in the world.

It’s not too much of a surprise to find out that one of the most popular and well-known characters in Forgotten Realms started out as a Dungeons and Dragons character. Author of the Drizzt Saga R.A. Salvatore himself at least used to travel significant distances to play the game with other Forgotten Realms authors, which is also why characters such as Elminster, a character of Ed Greenwood’s, will appear within his novels.

It’s really a good system, using a Dungeons and Dragons campaign to help inspire the events of a book. Especially if there has to be a ton of them being written at any given point.

NEXT: D&D: 10 Marvel Comics That Would Make Great Campaigns


Next
10 Anime Villains We Wish Turned Good (But Didn’t)

Viktor is an avid ftm gamer of a wide range of games, from Dungeons and Dragons, to Stardew Valley, to Don’t Starve, to Assassin’s Creed. He lives at home with his wife, cats, and ferrets which are all probably the only thing he can talk about more than games. Outside of all of that, he loves various forms of art. He loves to draw, write, and experiment with different art styles. Find him on his blog for a better look.