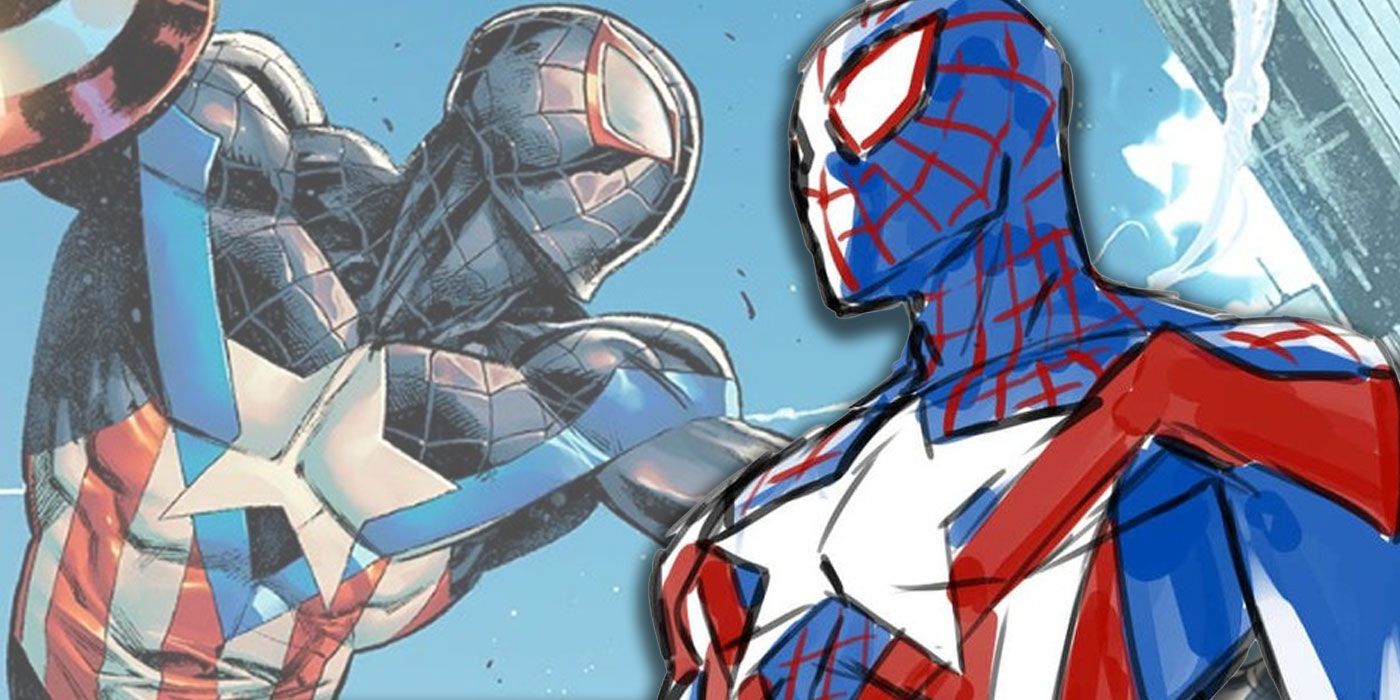 The finale of Miles Morales’ Clone Sage happens to also celebrate Miles’ tenth anniversary as a comic book character. As it turns out, though, Miles shares an anniversary with another Marvel hero (one that Miles was predicted to actually kill during Civil War II), as Marvel is celebrating Captain America’s 80th anniversary this year, so in a variant cover, we get to see the two merged together, with a depiction of Miles as Captain America!

The cover is drawn by Venom artist, Iban Coello, who is a Marvel Exclusive artist who is part of their current “Stormbreakers” program (Marvel’s recurring spotlight program on up-and-coming comic book artists that Marvel believes will become the next group of superstar artists for the company – some past alumni include Jim Cheung, Steve McNiven, Leinil Yu, Daniel Acuna, David Marquez and Sara Pichelli).

RELATED: Miles Morales’ Clones Could Get Webbed Up in the New Infinity Stones Saga

For the colored version of the cover, Coello made sure to add in a credit for his colorist on the cover, Alejandro Sánchez.

What is interesting, of course, is that this definitely is Miles Morales’ tenth anniversary, as he debuted in Ultimate Fallout #4 in mid-2011, but Captain America actually debuted at the end of 1940. However, due to the way that comic books have cover dates later than their actual release date (typically used so that newsstands would know when to take old comic books and magazines off of their shelves and return the unsold copies for credit), Captain America Comics #1 has a March 1941 cover date and Marvel has chosen to celebrate that date as Captain America’s anniversary (it is the same reason why Deadpool, who hit the stands in December of 1990 with a February 1991 cover date of New Mutants #98 gets his 30th anniversary celebrated this year, as well).

One of the interesting things about Marvel Comics is that typically, a variant cover like this would just be a variant cover and nothing more, but we have already seen similar variants like Gwenpool and Gwenom actually be turned into comic book characters later on, so who knows, perhaps Miles has an actual future as Captain America in some way, shape or form!