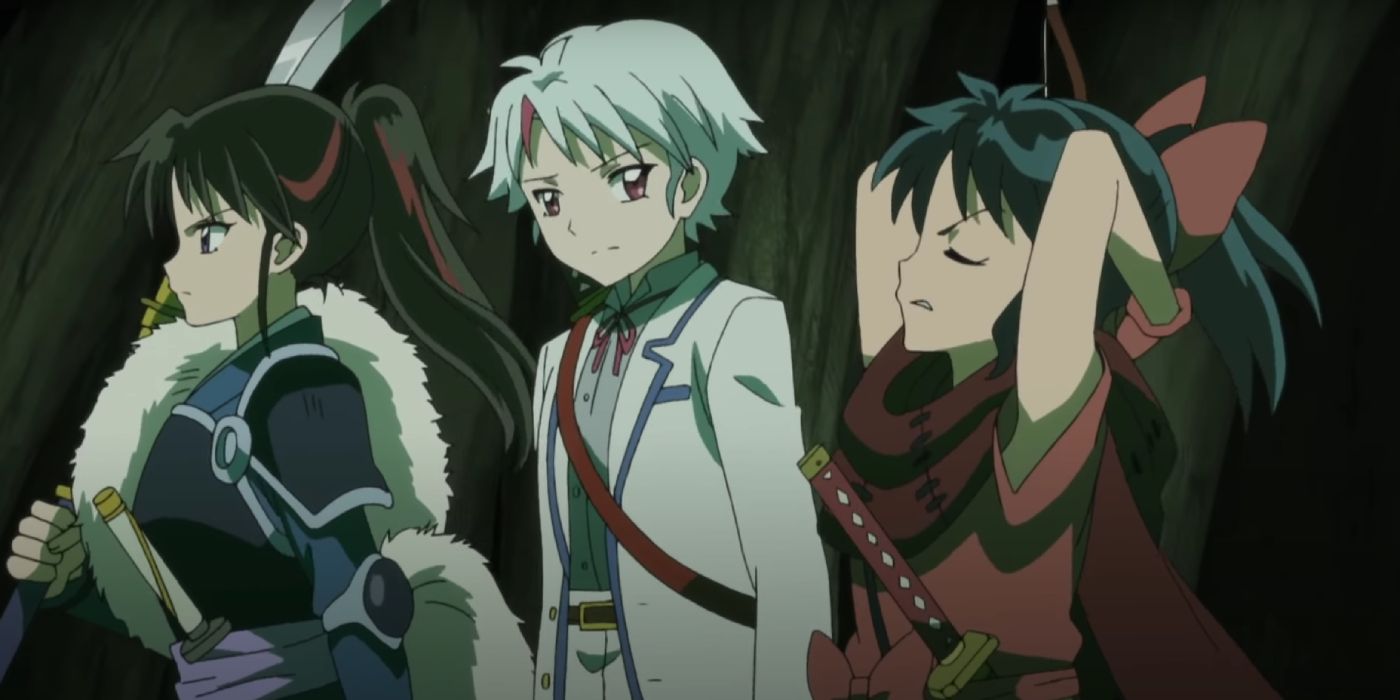 With the English dub of Yashahime: Princess Half-Demon set to premiere on Cartoon Network/Adult Swim’s Toonami block next weekend, the network has hyped the Inuyasha sequel’s arrival with a new promo.

Shared to Adult Swim’s official YouTube channel, Toonami’s new Yashahime promo promises that “when the past and the future collide, there’s gonna be some real hell to pay.” Yashahime is slated to premiere on Adult Swim’s anime-centric block on the evening of Saturday, June 26 — well, technically the morning of Sunday, July 27 — at 1 a.m. ET/PT.

A follow-up to the fan-favorite manga/anime Inuyasha, Yashahime follows Towa and Setsuna — the twin daughters of Sesshomaru and Rin — who were separated at a young age, with Towa ending up stuck in the modern era, where she was raised by Sota Higurashi. 10 years later, Towa is reunited with Setsuna, who has since become a demon slayer. The sisters join forces with their cousin Moroha, daughter of Inuyasha and Kagome Higurashi, in order to unlock the secrets of their past.

Yashahime‘s first season originally premiered on television in Japan on Oct. 3, 2020, running for 24 episodes and concluding on March 20 of this year. Viz Media also streamed the anime via Crunchyroll, Funimation and Hulu. Moreover, Funimation produced an English dub, which it began streaming alongside Crunchyroll and Hulu on Nov. 6, 2020. The dub making its way to Toonami only seems natural, seeing as how Inuyasha itself aired on the block once upon a time. Yashahime has been renewed for a second season, which is slated to premiere this fall.