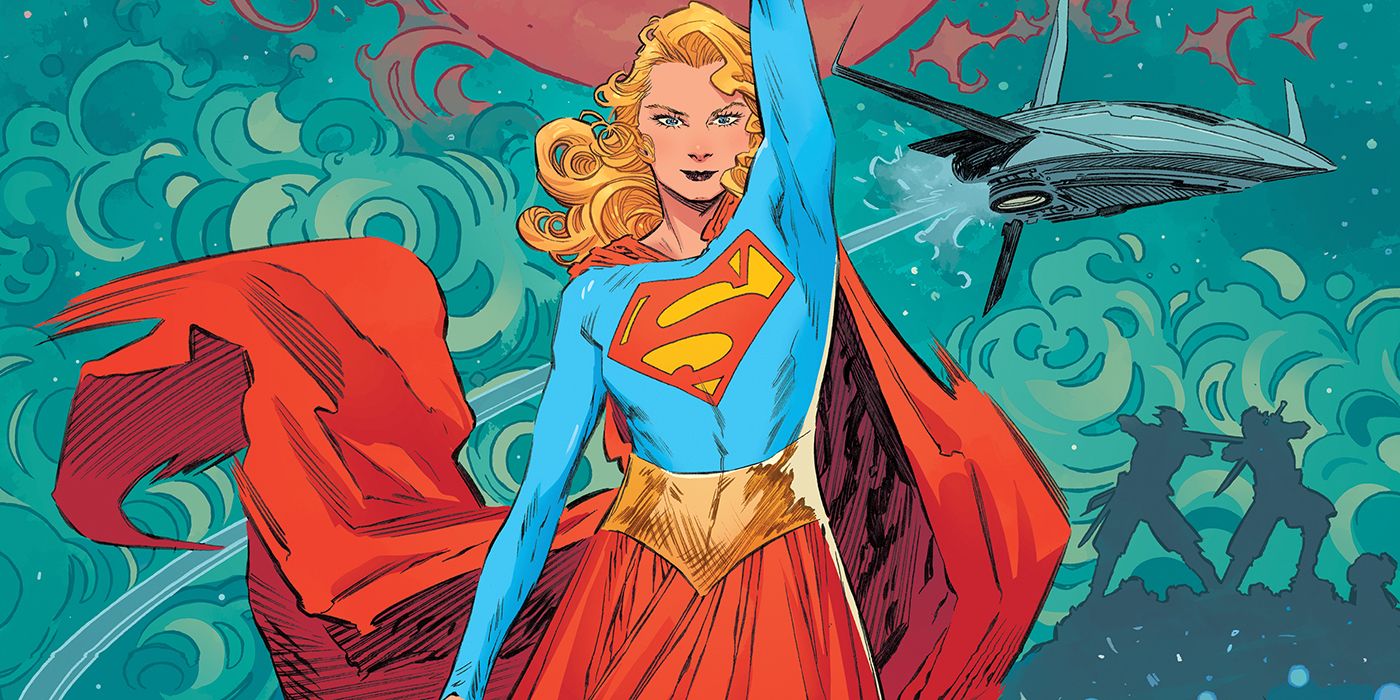 Writer Tom King has built his reputation on telling emotional explorations of superheroes’ psychology — particularly with his multi-year run on Batman and the acclaimed Mr. Miracle. In his newest DC series, Supergirl: Woman of Tomorrow, King teams up with artist Bilquis Evely to transport Supergirl into a sci-fi western adventure. However, Supergirl: Woman of Tomorrow #1 strays from King’s usually tight narrative arcs. While Evely’s art, paired with Matheus Lopes’ stunning colors, makes for a gorgeously rendered issue, the overall story misses the mark due to a tonal disconnect between the lead and the narrative’s demands.

The story begins as an homage to the classic western novel True Grit. The issue is narrated by an alien, Ruthye, who tells the reader she wanted a warrior to avenge her father’s death. Ruthye found Supergirl, who she claims killed her father’s murderer. The narrative then flashes back to a drunken Supergirl protecting Ruthye in a barroom brawl. In the morning, Supergirl is hungover and explains she came to this planet to celebrate her birthday. She declines to help Ruthye, but, soon the two, along with Krypto the Superdog, are attacked.

RELATED: Supergirl: How Woman of Steel Deconstructs the Arrowverse Hero

Evely and Lopes’ beautiful artwork elevates the story. Evely’s thin, fluid line work gives Supergirl an expressive and vulnerable presence on the page. She subtly conveys Supergirl’s pain while playing around the edges of her mind. Throughout the issue, Evely depicts silent, close-up panels that allow the reader to sit with Supergirl’s unspoken thoughts. The world-building and dramatic vistas Evely renders give the book an operatic grandeur, with a cohesive alien architecture of rounded edges and soft shapes. Lopes’ pastel colors bathe the issue in alien violets and greens that contrast Supergirl’s red and blue costume, helping Kara Zor-El stand out on every page. The letters from Clayton Cowles echo Evely’s delicate linework by subtly modifying word balloons to reflect the physical and mental state of the characters — helping to further King’s narrative and heighten Evely’s characterizations.

Unfortunately, the story itself falls short. While King likely has plans to explore what brought the normally hopeful Supergirl to this particularly dark place, the sudden change in her characterization is jarring. Her first appearance in the book at a drunken brawl feels like a tonal mismatch between the mythos of the character and the story’s content. The events of this issue could have proceeded largely unchanged if Supergirl was replaced with any other character in the DC Universe. The central hook of the issue — the casually dropped line that Supergirl might have killed a man — is the same kind of narrative mystery that King has employed in other recent stories, but fails to soar Kara Zor-El to new heights here.

Supergirl herself seems like she was dropped in to fit a pre-written story. Along those lines, the issue’s final, isolating moments fail to earn their reach for emotional importance and weightiness. However, the book is not without its merits. Supergirl as a fish out of water and stuck in a world where her powers are limited has potential for both humor and pathos. Ruthye’s guileless quest for vengeance and single-mindedness may prove to pull Supergirl out of her funk and lead her to rediscover her core heroic beliefs. The mix of sci-fi, fantasy and western gives the artists plenty to play with and the plot could go anywhere from here.

In the end, Supergirl: Woman of Tomorrow #1 is a showcase for the artists, which makes it worth the price of admission alone. What readers are treated to here has the makings of a career-defining work for Bilquis Evely and Matheus Lopes both. Fans of more traditional Supergirl stories may want to wait to see how future issues play out before investing.

Loki Theory: The Time-Keepers Are Not Running the TVA
Related Topics

Tim Rooney is a non-profit professional by day. He spends most of the rest of his time thinking very seriously about superheroes. Tim has written for ComicsXF and PanelxPanel and has very useful degrees in English and Theology. Follow him on Twitter @urbane_turtle