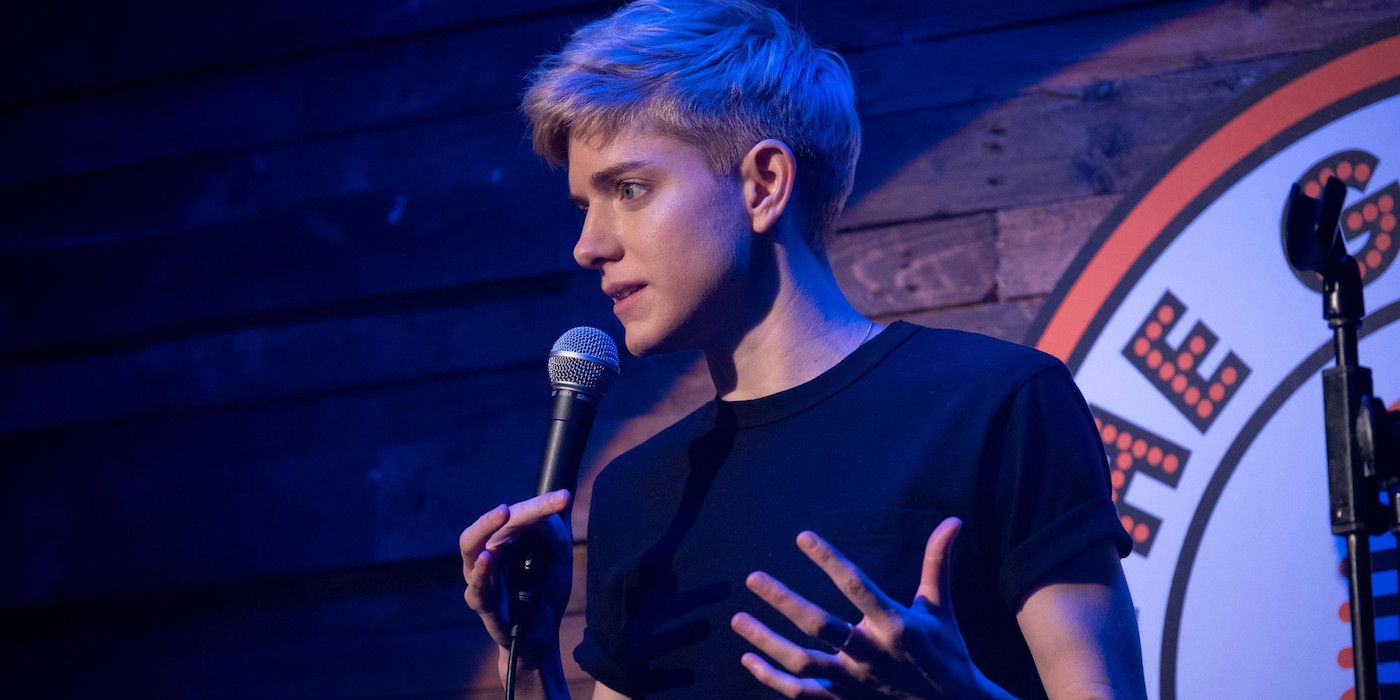 In Season 2 of Feel Good, Mae (Mae Martin) processes a lot as she tries to put her drug-ridden past behind and become a better person for George (Charlotte Richie). But a lot of her demons revolve around more than her concerns about whether George really is a lesbian or just experimenting. Mae has been tormented by toxic males in her life, especially within the comedy industry she’s working in. Unfortunately, when Mae comes face to face with one of these guys, she wastes her shot to destroy her biggest enemy.

Legendary British comedian Arnie Rivers is someone who went from the top of the celebrity charts to rock bottom after becoming an abusive junkie. Season 1 had him working at Mae’s night club as he revived his career, taking her under his wing. But while his gimmick was all about sobriety, he lied as he was using his experience to play the audience.

It ended with Arnie in a bathroom trying to get Mae to do cocaine, and also to have a sexual encounter. It was a scary #MeToo moment for her as she thought of him as an idol, and when she alerted her peers, they booted him out the club. He represented everything that’s given Mae trauma so far — homophobia, ignorance, hatred, arrogance and ego — so she was just glad to get him out her life.

Season 2, however, finds Arnie inviting Mae to his TV show to make amends as he’s on the upswing again. Her new agent, Donna, makes it clear this is a perfect opportunity to win fans over on the social justice movement by attending and exposing him live on air. Mae agrees, but when she gets there, Arnie’s nicer than expected. He apologizes for what he did and as his game show ensues, Mae’s struggling with when to spill the beans.

RELATED: Netflix, Amazon Under Fire From UK Government for Not Disclosing Viewing Info

Donna’s egging her on from the crowd, but Arnie’s producer, during an intermission, tells Mae he wants to listen to ideas for her own TV show. Mae becomes reluctant, at which point Donna tells her friend and fellow contestant, Jack, to out Arnie.

But when it happens, Mae plays it off as a joke and kills off any hints that the host is a sexual predator. She just doesn’t want to ruin her career as it’s now starting, accepting that she’s selling out and betraying her core values.

It leads to a fight after with Donna, whom she fires, but as Mae leaves the studio, she sees Arnie making another woman uncomfortable in the back. She realizes she’s made a mistake and tries to deface his car afterwards, feeling guilty about how selfish she was in her denial, which ultimately keeps this creepy pervert on the loose.