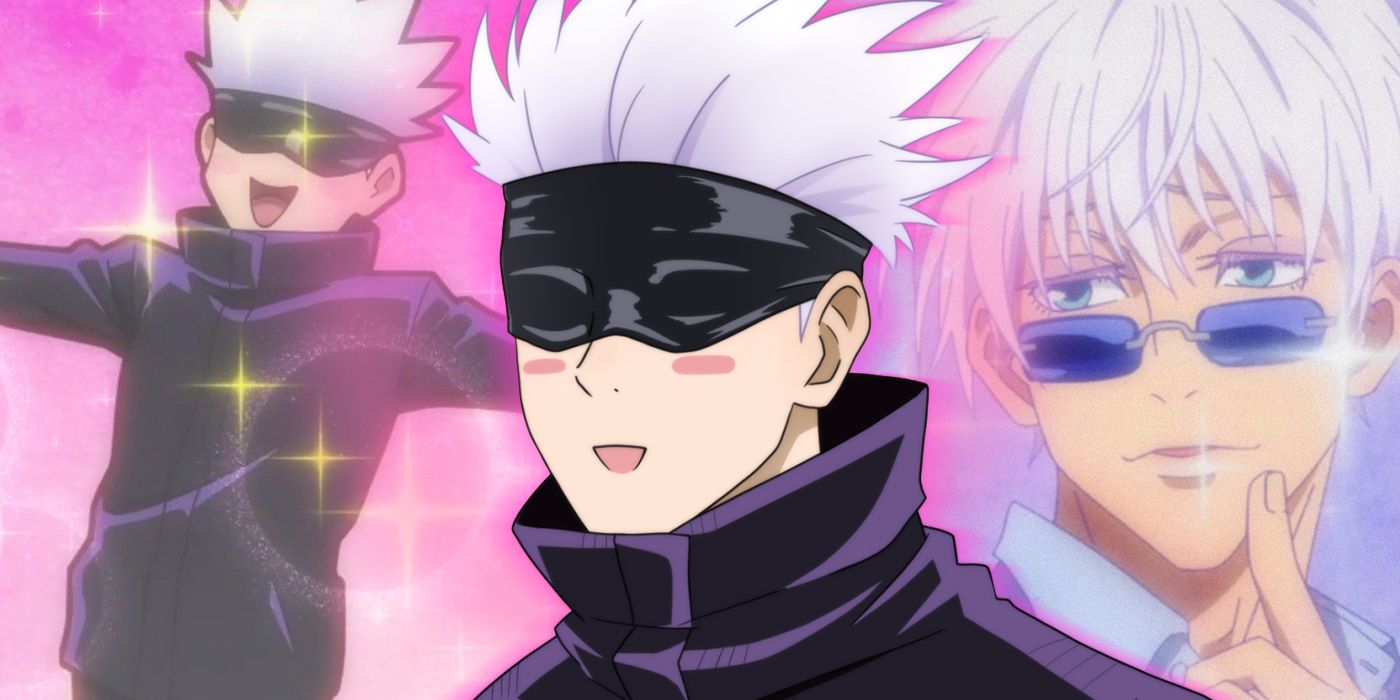 Jujutsu Kaisen‘s characters always manage to leave an impression, whether it be through their distinctive personalities, fascinating fighting styles, cursed energy techniques or signature designs. The most attention-stealing character, however, is undoubtedly Jujutsu High’s first-year teacher Satoru Gojo. Rolling into every scene with his iconic spiked white hair and black blindfold, Gojo brings a lot of pizazz to Jujutsu Kaisen.

The Special Grade sorcerer also possesses immense power with his unstoppable Infinity technique. With such ridiculously overpowered abilities, Gojo appears to feel rather unthreatened, in general, resulting in a carefree and equally ridiculous attitude. Whether he’s indulging his sugar addiction or acting like a total clown, he always lightens the mood of the otherwise dark show, as these five silly moments throughout Jujutsu Kaisen Season 1 demonstrate.

When Gojo Plays Dress Up In Nobara’s Skirt

The majority of Jujutsu Kaisen may focus on taking down dangerous Curses but luckily, the show is also filled with many moments of levity. This is especially true during the fun “Juju Stroll” segments, which often play at the end of episodes. In one of these Juju Strolls, some of the boys at Jujutsu High decide to pick on Nobara by trying on her school uniform. As expected, Gojo acts as immaturely as his students by joining in on the fun.

While Panda is caught trying on Nobara’s blazer (compelling her to whack him with her hammer) Gojo decides to be more daring. The wacky teacher bursts into the lounge flaunting the long, pleated skirt and striking a hilarious pose, exclaiming, “Hey, check me out! I’m Kugisaki Nobara!” Itadori breaks out into a fit of laughter — as does anyone watching Gojo tease his girl look.

Gojo’s Over The Top Way Of Revealing Itadori Survived

In Jujutsu Kaisen Season 1, Episode 5, the Curse inhabiting Itadori’s body, Sukuna, takes over his body and tears his heart out of his chest, crushing it. This destructive act is fatal to Itadori, and his first-year friends Nobara and Megumi are forced to grapple with his early demise. However, using a Reverse Cursed Technique with regenerative powers, Sukuna brings him back to life. While Gojo discovers Itadori’s revival, he decides to keep it a secret from Nobara and Megumi for a while to train him separately.

When the Kyoto Goodwill Event rolls around in Episode 14, Gojo decides it’s time for the reunion. He comes up with a ridiculous plan to surprise Nobara and Megumi with the news of Itadori being alive, stuffing Itadori in a crate, which he wheels out to a group of Jujutsu students gathered for the event. The teacher then does a flamboyant twirl and out pops Itadori as Gojo shouts, “It’s your long-dead friend, Yuji!”

As one might predict, the not-so tactful presentation isn’t as charming and celebratory as the two had envisioned. Nobara and Megumi are visibly confused and frustrated that they weren’t told about his survival before — far from overjoyed at their classmate’s flashy display. Gojo’s exceedingly silly plan was just as hilarious as it was awkward.

Gojo is the kind of character who can have great chemistry with anyone he’s paired with, but few relationships measure up to the one he has with Nanami. Having blankly said that, even though he’s the most powerful sorcerer, he doesn’t respect Gojo and suitably, Nanami spares no feelings when it comes to putting up with his silly “coworker,” as he would call him. In one of the Juju Strolls, Gojo jubilantly invites Nanami out with him, and he promptly and harshly declines.

To handle the rejection, Gojo decides to basically stalk Nanami, following him with a sign with his name on it, showing up in his window and sneaking a note with his face on it into his pocket. Finally deciding to at least read the note in case Gojo really did have something important to tell him, he opens it. Instead of finding an important message, Nanami discovers a scribbly drawing of a certain male appendage. The childish prank only goes to show how much of a troll Gojo can really be.

RELATED: Pokémon Has the Greatest Bad Puns in Anime

Of all the funny Juju Strolls, the very last one, which plays after Episode 23, has to take the cake. During it, Itadori spies a girl talking to Megumi and mistakenly believes she’s hitting on him. Excited to spoil his chances, Itadori runs to wrangle the troops, alerting Nobara and Gojo to the very serious situation at hand.

The trio immediately jumps into action: Nobara and Itadori cling to him, blubbering about their special times together. Then Gojo waltzes in with the most extravagant spoof of them all, pretending to be Megumi’s violin teacher. He slings his jacket over his shoulder and lowers his sunglasses on his nose to give a sparkly performance, ending his speech in, “I’ll have you master ‘Twinkle Twinkle Little Star.’”

It turns out that the girl talking to Megumi happened to simply be asking for directions, but the trio certainly succeeded in embarrassing their timid friend beyond belief — especially Gojo, who just can’t help but put on the goofiest show imaginable at every opportunity he has.

RELATED: My Hero Academia: The 5 Nicest Things Bakugo Has Done for Deku

When Gojo Brings Sweets To His Fight With Sukuna

Gojo is first introduced in Episode 2 of Jujutsu Kaisen Season 1, right after Itadori swallows Sukuna’s finger and fuses with the ancient Curse’s body. Gojo’s grand entrance is relaxed, as usual, showing up to help out Megumi who’s rather scuffed up from the fight. The clownish teacher has a shopping bag around his arm and mockingly takes pictures of the bloodied Megumi to embarrass him.

Before showing off his talents as the top Jujutsu sorcerer in a fight against Sukuna, Gojo takes a moment to stretch and throw his shopping bag at Megumi. The bag is filled with kikufuku, a kind of mochi he bought as a “souvenir” to remember their mission. Gojo has an infamous sweet tooth, and apparently getting his sugar fix takes higher precedence than hunting down Curses. Who knows where Gojo’s whims will take him next?

Tokyo Revengers: Takemichi Rises Above and Beyond to Exact His Revenge
Related Topics 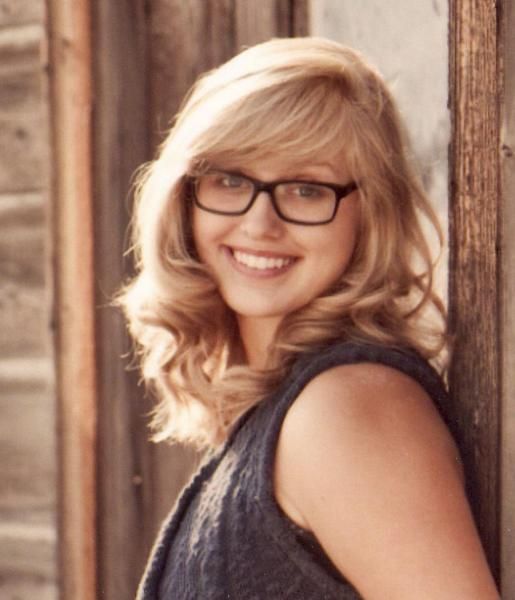 Ashley Maaike is a freelance writer, starry-eyed poet, and zealous dungeon master. She graduated from Pacific Lutheran University as Creative Writing major and has worked as a writer & editor for literary journals and entertainment websites. When her fingers stop typing away, you may find her binging Studio Ghibli movies, farming in Stardew Valley, or backpacking along the coast.

10 Lies In Anime That Had Serious Consequences | CBR
Kingdom: Ashin of the North Copies Hershel’s Arc in The Walking Dead
Kevin Can F**k Himself: Is Patty in Love With Allison? | CBR
Ouran High School Host Club’s Mixed Success With LGBTQ+ Representation
10 Star-Crossed Romances In Anime That Were Never Meant To Be