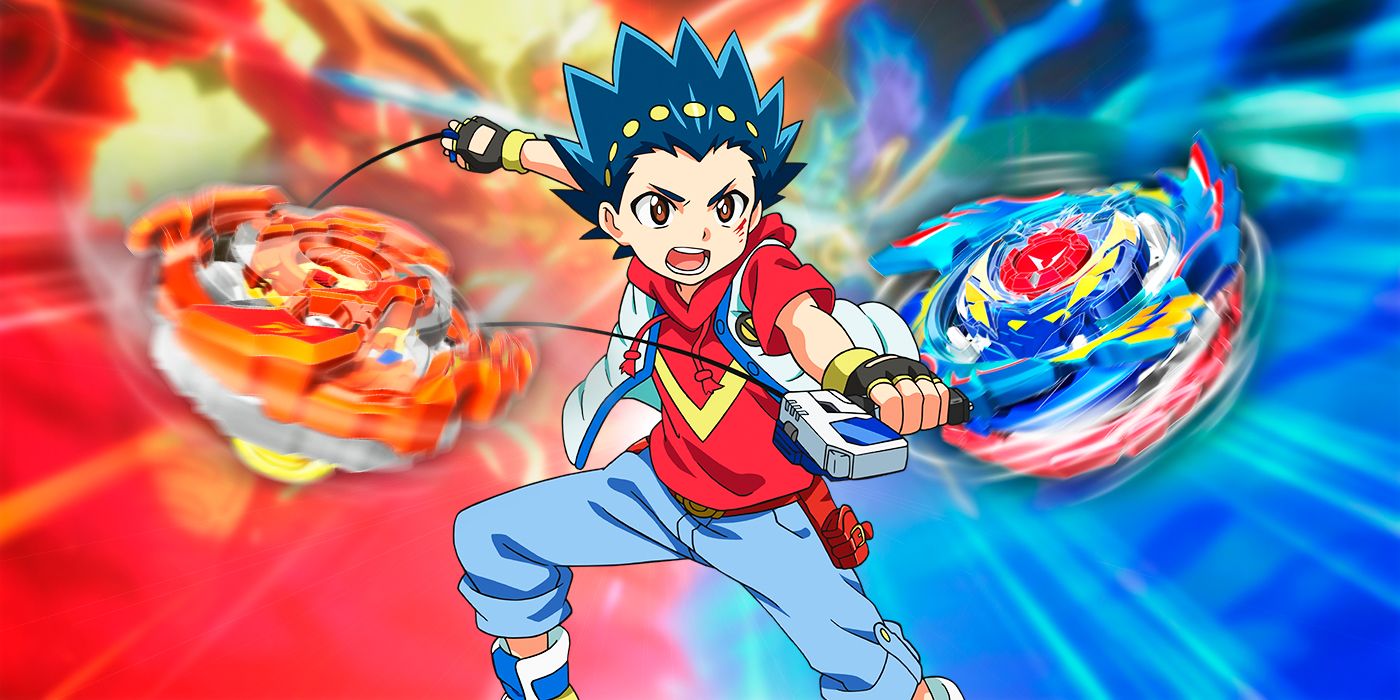 Beyblade was an early 2000s anime phenomenon; success it briefly repeated with a 2010s revival. Combining high-speed spinning tops with thrilling shonen action, the franchise is definitely a product of its time, even as it continues to this day. Despite how weird it seemed to have an anime based around tops, the franchise was actually inspired by a traditional Japanese game that is centuries old.

Beigoma is a Japanese game involving spinning tops that are ripped into action and, for Japanese audiences at least, it is an obvious influence on the Beyblade franchise. Here’s what both Beigoma and Beyblade are all about and how they feed into each other.

Traditional beigoma are Japanese spinning tops that became incredibly popular all the way back in the 17th century. These small spinning objects were initially constructed from seashells before being made from hardened wax and, later, metal. Players would wrap their beigoma in cords before unfurling them like a whip to make them spin at high speeds.

The tops would then go at it on a bowl-like surface — usually, a bucket with canvas draped over the top — and the top that spun for the longest or knocked away its opponents was crowned the winner. Beigoma were also known for making a buzzing sound whenever they whirled around, adding to the spectacle. It’s believed that the tradition of tops was brought to Japan via China, but by the 17th century, the people of Japan had clearly made it their own.

Beyblade began as a franchise back in 1999, long after beigoma’s heyday. The series is quite similar to its inspiration, albeit much more exaggerated. Beyblade matches have strict rules, such as how many points are awarded for defeating an opponent’s top and how many Beyblades can be used per match. There are also different types of Beyblades whose metal construction offers different attributes.

These include Attack, Defense, Stamina and Balance type Beyblades, which either specialize in attacking an opponent, blocking attacks, lasting during battle or a combination of all three abilities. The anime would also expound on the mythology with “Bit Beasts,” which are powerful monsters that are summoned from the centerpiece of the top. This made the franchise a bit more marketable in a toy industry dominated by Pokemon and Yu-Gi-Oh!.

RELATED: The Digimon Reboot Is About to Do Something the Original Series Never Did

Beyblade the game and beigoma’s central concept is essentially the same: in both games, the object is to stay spinning the longest or knock out the opponents’ tops. The cords used for beigoma are also similar to the Rip Cords of Beyblades.

Beigoma could be customized by filing away at them for different attributes, similar to the different types of Beyblades which excel at different playstyles. Even the Bit Beast mascots of Beyblade could be seen as a modernization of the kanji found in the middle of most beigoma tops.

While Beyblade’s debut lead to a resurgence in beigoma’s popularity, beigoma are still very much a thing of the past, with only one factory still producing them by the time the Beyblade franchise began. Nevertheless, trends and traditions always evolve over time, and Japanese culture will likely always find a fun way to let it rip with toy tops.

REVIEW: Get Packed: Fully Loaded Is Destructive Couch Co-op Fun
Transformers: Beast Wars Debuted Its Version of the Hulkbuster
MCU: The First 10 Characters Who Died (In Chronological Order)
Classroom of the Elite: Will Season 2 Ever Happen? | CBR
10 Anime Characters Who Are Always In Debt | CBR