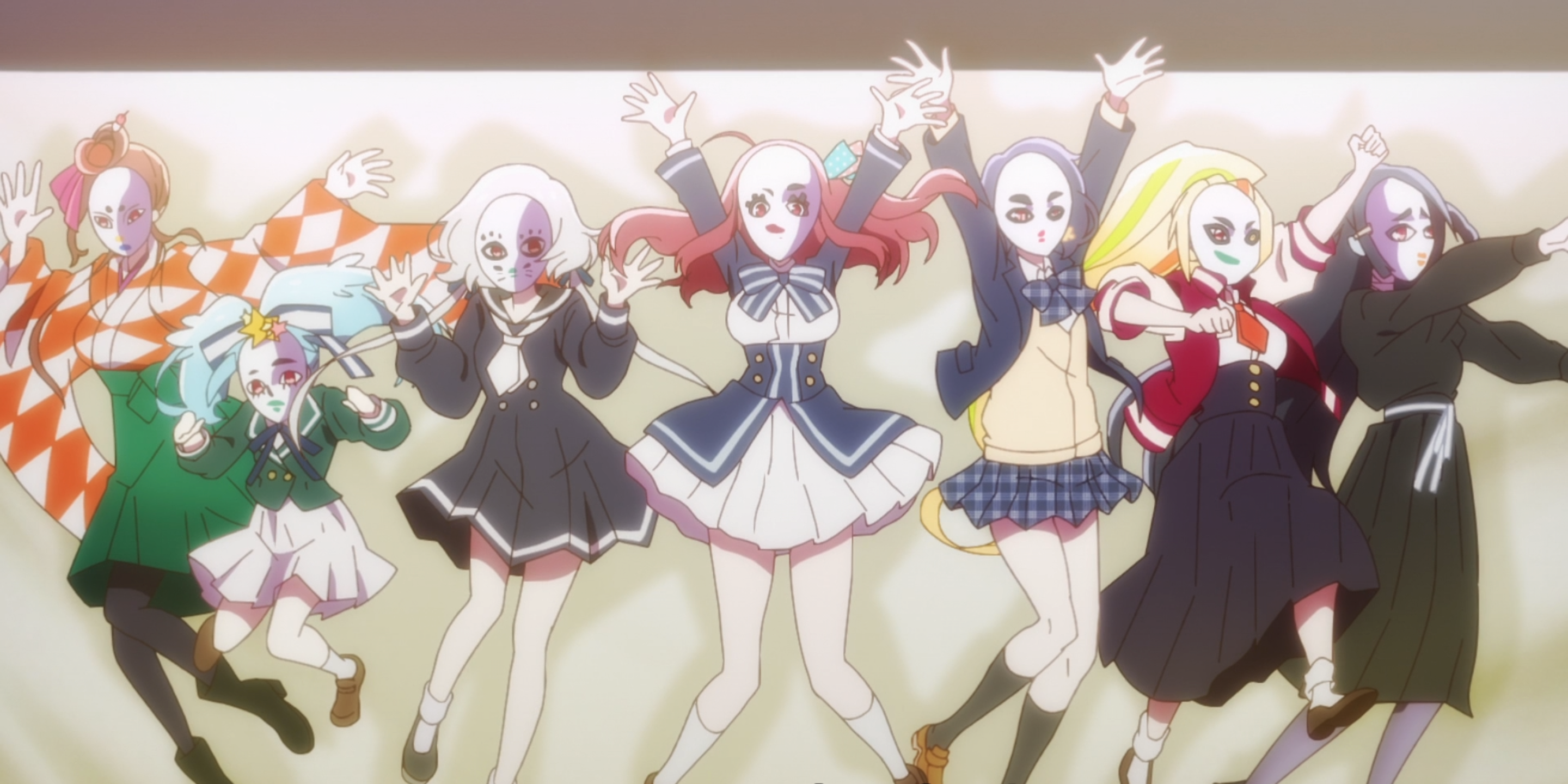 WARNING: The following contains spoilers for Zombie Land Saga Revenge Episode 11, “All It Takes Is for You to Be There SAGA,” now streaming on Crunchyroll.

In the penultimate episode of Zombie Land Saga Revenge (and quite possibly the penultimate episode of the whole Zombie Land Saga franchise), Saga is in bad shape. The cursed prefecture is completely flooded, with many residents having to relocate to shelters and many more, including Kotaro and the immortal bartender, trapped. The zombie girls’ house gets completely destroyed within the first few minutes of “All It Takes Is for You to Be There SAGA,” and this is only the start of the disasters the members of Franchouchou are forced to face head-on this week.

Fortunately, zombies are pretty well-equipped for surviving disasters. Although their human deaths were tied to the curse on Saga, their zombie forms are still seemingly immortal even as the Saga curse is in full effect around them. At the shelter, they’re excellent volunteers. Sakura serves meals, Lily entertains the kids with her viral scat song and Tae makes everyone smile with her eccentric not-even-hiding-she’s-a-zombie dismemberment antics.

All the love for Tae is a good sign when the time comes that none of the Franchouchou girls can hide being zombies. After a few days, their makeup begins chipping off, and they can’t redo it since they lost their special cosmetics along with their house. As a last-ditch attempt to keep their identities secret, the girls make clay masks to perform in, but the masks shatter on stage the instant their performance starts.

Seeing the girls’ scars and blue skin, the kids in the audience ask whether they’re sick. Sakura responds by apologizing for not telling everyone that they’re zombies, and what happens next is the best possible response to such a catastrophic situation: the kids say that Franchouchou aren’t zombies because zombies are scary and the Franchouchou girls are cute. Therefore, the “zombie” girls are just… Franchouchou. The girls’ courage and the audience’s loving response even moves Okoba, whose expose about the girls’ undead status was originally meant as a takedown.

Kotaro is rescued from the flooded bar and arrives at the shelter just in time for the concert, which confirms his belief that Franchouchou is the ultimate representation of true idol spirit. He brings more of his special makeup with him, ready to prepare the girls for their still-on-schedule revenge concert. In a post-credits scene, Sakura thanks Kotaro for all he’s done to help her achieve her idol dreams… and finally acknowledges that he was her old classmate Inui. A proper romance between Inui and his now-zombified high school crush most likely isn’t in the cards at this point in their respective lives/unlives, but Kotaro and Sakura’s dramatic kabedon scene shows that Kotaro’s old feelings for her never truly went away.

KEEP READING: Nagi-Asu: A Lull in the Sea Is an Honest Depiction of Young Love

10 Best Magical Quest Anime, Ranked | CBR
10 Movies That Take Place In A Single Room | CBR
Theory: Dude, Where’s My Car? and Men in Black Share a Universe
Marvel: The Most Powerful Characters Not Yet Seen In The MCU
TOM Weekly Figure Roundup: July 25, 2021 to July 31, 2021