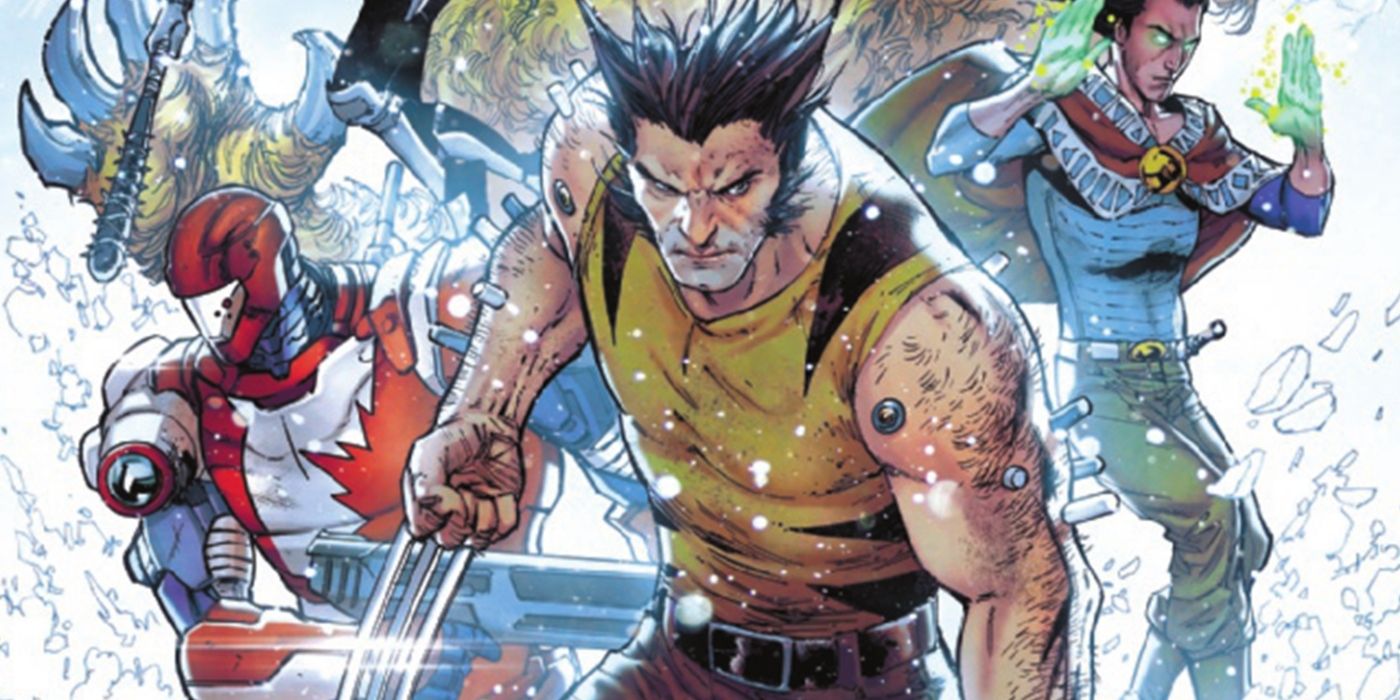 Heroes Reborn has turned the Marvel Universe that fans know and love into a far darker version of its former self, all by simply removing the Avengers from the timeline. In this reality it is the Squadron Supreme who have taken up the role of Earth’s Mightiest Heroes, although they are far from what that iconic implies. In fact, they have proven themselves to be one of the most ruthless teams the world has ever known, and they’ll stop at nothing to get what they want. In Weapon X & Final Flight, what they want happens to be Logan, and he has just been sold out by a member of his own team.

It has been years since the last time Alpha Flight and the Squadron Supreme clashed, and neither of them have forgotten that day. Following the Squadron’s invasion of Canada, Alpha Flight chose to make their final stand against the invading heroes only to miraculously win the fight when Logan’s enchanted claws took down the mighty Hyperion. Since then the Squadron Supreme and their army have hunted Alpha Flight and any who support them, executing the allies of those who would dare oppose them. The weight of that burden, not to mention all of the pain and suffering that his team has gone through has pushed Walter Langkowski, aka Sasquatch, to his breaking point. After a fight with Logan leads to him walking away from the team, Walter later returns with vital information, giving his team an opportunity to rescue prisoners who are scheduled for execution. Walter’s intel leads the team to a prison transport the next morning…and into a trap set by the Squadron Supreme.

RELATED: Marvel’s Batman and Superman Had a Civil War in Heroes Reborn

Before Shaman can enchant Logan’s blades once more to give them all a fighting chance, he is pulled aside by Sasquatch. Walter holds Shaman down so that he cannot intervene and pleads with the others to stop fighting. Alpha Flight is then left to watch helplessly as Hyperion beats Logan into the ground before unleashing the full might of his heat vision on the hero, leaving only charred remains for Doctor Spectrum to dispose of. Although Hyperion’s lust for vengeance isn’t sated yet, Nighthawk ensures that no further harm comes to the remaining members of Alpha Flight nor the prisoners whose freedom has just been bought.

Walter Langkowski has always been one of the most dedicated members of Alpha Flight, even forming his own version of the team to rescue the original after they were kidnapped by an alien race known as the Plodex. This new Alpha Flight which began coming together in 2004’s Alpha Flight #1 by Scott Lobdell and Clayton Henry was not the only time that Sasquatch has taken it upon himself to single handedly lead the charge to rescue his allies, but never before has he done so by leading his team into a deathtrap. Giving up Logan on top of preventing the rest of Alpha Flight from putting up a fight is clearly something that weighs heavily on Walter, but no amount of guilt or self loathing can make up for what he has done. Even as he defends himself as having ended the war between the Squadron Supreme and Canada, the others point out that the decision wasn’t his to make alone.

As one of the most empathetic and sympathetic figures in the Marvel Universe, seeing Sasquatch take it upon himself to sign Logan’s death warrant, even in exchange for freedom, is a tough pill to swallow. No matter what the Squadron offered him, nothing can take away from Walter letting his friends take a beating alongside Logan while watching the scene unfold.

When Aurora, the woman he loves calls him a monster, Sasquatch can only begrudgingly agree with her. Thankfully the world of Heroes Reborn looks to be coming to a close, granting the members of Alpha Flight the chance to return to a less terrifying reality.

KEEP READING: The Avengers and Their Heroes Reborn Replacements Are Coming Face-to-Face

John Dodge has been an avid consumer of comic books and nerd culture for just about his entire life. He has written for almost that long.