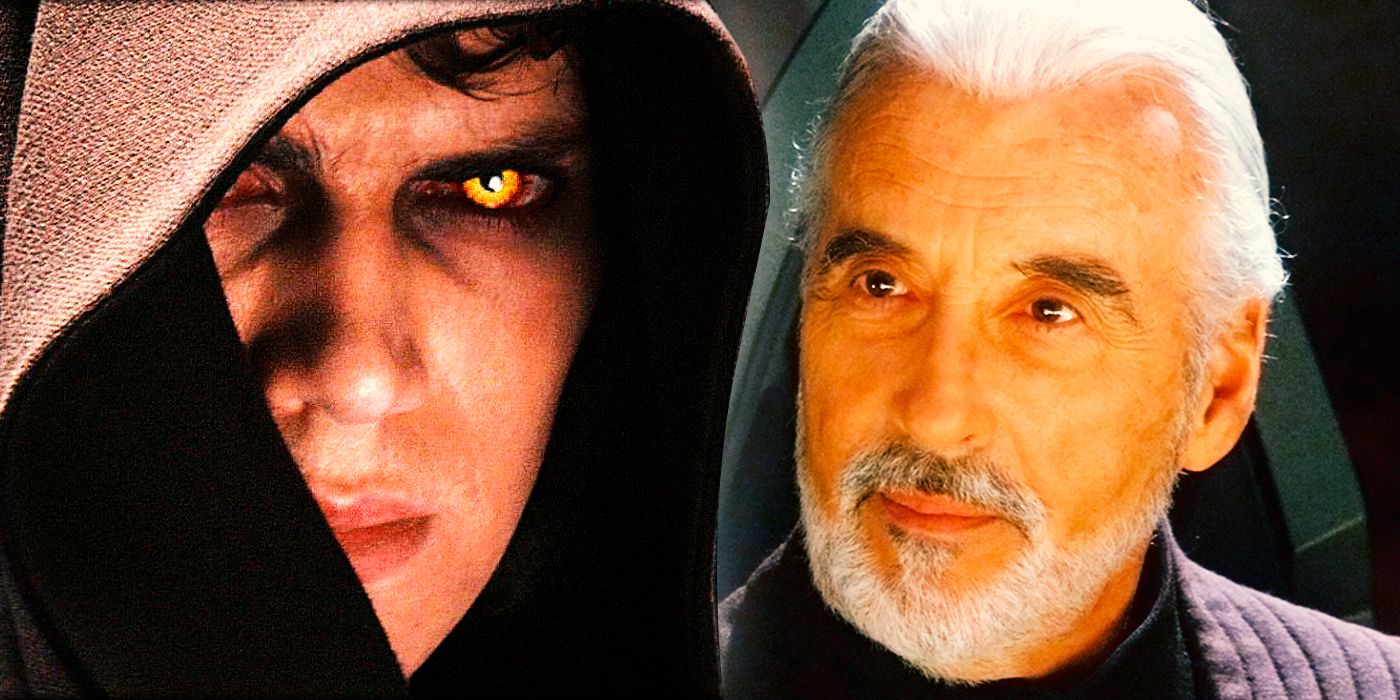 The Sith are Star Wars‘ villains. While they come in all shapes, sizes and species, a few traits distinguish them from everyone else. Amongst those characteristics are an apparent love for dark clothing and red lightsabers. However, from a physical standpoint, the only real commonality between the Sith is the manifestation of yellow eyes.

To put it bluntly, most of the Sith look like they came out of a nightmare, and rightly so. Other than a redeemed Darth Vader, they portray unquestioned evil. They are the ones that the Jedi must stop to regain and maintain balance in the Force. Their selfishness, greed and anger lead them to value things like ruthlessness, murder and conquest. So, demonic-looking eyes are a fitting feature that sets the Sith apart from other beings. However, the reason for their eye color is more than skin deep.

Why the Sith Have Yellow Eyes

Almost all Sith have the trademark yellow “Sith eyes.” However, besides being a visual cue for the audience, there is actually an in-universe reason for their fire-filled eyes. Star Wars: The Visual Encyclopedia says that as “windows to the soul, eyes reflect the emotions harnessed by the Sith. When rage and anger seethe inside a dark side user, their eyes may burn yellow with a fiery-red rim.” What that means is a Sith’s emotions will be shown through their eyes.

A Sith’s power level can also be determined when their “Sith eyes” are visible. Darth Sidious is the ultimate Sith in the current Star Wars canon. He orchestrated the fall of the Republic, the destruction of the Jedi and even cheated death while being thrown down a reactor shaft. It’s easy to say that his eyes should always be yellow, but they are not. When he was Chancellor Palpatine, he kept his flaming eyes under wraps. This proves that he is conscious of what he looks like and can knowingly hide his evil appearance from those around him when needed.

Other Sith do not bother hiding their eye color. An example of this is Darth Maul and his brother Savage Opress. Since they are not as calculating as Darth Sidious, they do not conceal their vileness. They also probably possess more pure anger than any Sith in Star Wars. Originally, Maul wanted to destroy the Jedi, but after being maimed on Naboo, his focus turned to Obi-Wan and Darth Sidious. His injuries left him to live in a state of hate while questing for revenge. That way of life was shown through his eyes, and he taught his brother to behave in the same way. Consequently, they are constantly seething with a visible rage that communicates their desires to exact revenge and exert dominance.

Younger or less experienced Sith cannot hide their eyes from others because their dark side emotions are too new to control. For instance, a newly christened Darth Vader went back and forth between yellow and his normal eye color. The encyclopedia explains, “On Mustafar, Darth Vader’s eyes glow as he massacres the Separatist leaders, but return to normal when his wife Padme Amidala arrives.” Unlike Sidious, who can control his appearance, Anakin’s eyes simply communicate his current emotions. When he was angry at the Separatists, they were yellow. However, the sight of his lover brought him back from his rage.

The most interesting exception to yellow eyes is Darth Tyranus, better known as Count Dooku. As apprentice to Darth Sidious for nearly a decade, he was a formidable opponent and powerful dark side practitioner. He defeated Obi-Wan, Anakin and was even a match for Yoda. The case for him being powerful enough to hide his yellow eyes is possible, but that’s not the real reason.

Dooku’s eyes were never yellow because he did not have the same motivation and emotions as other Sith. He was an idealist who left the Jedi because he thought they had lost their way. He was displeased with the growing corruption in the Republic’s Senate. As such, he was motivated by philosophical and political goals, not by dark side emotions like rage and conquest.

It’s even possible that he thought that he would do some good in the galaxy by destroying the Republic and replacing it with the Confederacy of Independent Systems. Of course, Sidious didn’t tell Dooku the full plan, so that didn’t work out too well for him. Regardless, Dooku’s eyes weren’t yellow because he wasn’t motivated by anger. He was merely a practical Sith, making him exempt from the yellow eye feature.

KEEP READING: Star Wars: Luke Used the Dark Side in Return of the Jedi – and No One Minded

Blake Hawkins is a reader and writer for all things Star Wars at Valnet Inc. Blake has always been a Star Wars fan. In fact, as recent graduate of Greensboro College’s honors program, Blake wrote his thesis on Star Wars and its religious connections. He now lives with his family in Lynchburg VA and is an avid outdoorsman.