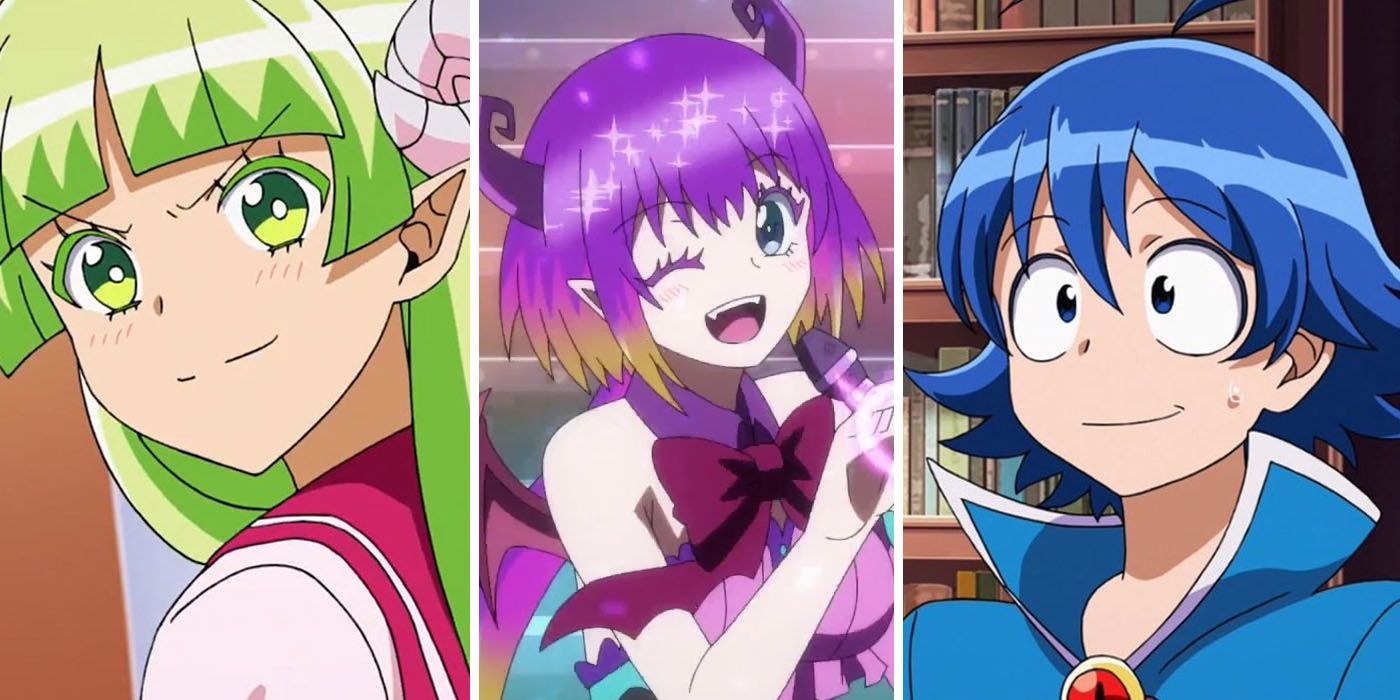 A Demidol, also known as a Dem-dol or an Akudol, is an idol that is vital to the well-being of demon society. Every demon goes through an evil cycle at some point in their lives, and this makes them more destructive. However, idols distract demons during this time, turning their vicious feelings into feelings of excitement.

Crocell Kerori is currently the most popular teenage Demidol, using her looks, charisma, and charm to gain many fans. There are actually a fair number of characters in Welcome To Demon School! Iruma-Kun who would make fantastic Demidols, and an equal number of characters who should stay far away from that career.

10 Great: Ix Elizabetta Is Naturally Talented At Charming Others

Elizabetta is talented at charming others, particularly men. This is because of the unique skill that she inherited through her bloodline. She releases a scent that makes people want to gain her favor.

It won’t work on any man she likes, and she cannot use the skill too much. She would be great at performing as a Demidol, and because of her ability, she may even give Crocell Kerori a run for her money.

Kalego would easily be the worst Demidol. He is almost always seen with a scowl on his face and has a short temper. He doesn’t like ruckus, which would make him incapable of tolerating large crowds.

He dislikes most people and is difficult to be around due to his cold and cruel nature. If he was on stage, everyone in the crowd would immediately stop having any sort of fun. It would be best to leave Kalego alone.

When she, Iruma, and Azazel first went on stage to perform as an opening act, Clara was the first one to speak up in front of the large audience while the other two were embarrassed. She is outgoing enough to perform with no hint of bashfulness.

She has proven on multiple occasions to be musically talented, as she often likes to sing with her family. Clara loves to have fun, and she seemed to enjoy being on stage.

Agares is usually seen laying on his cloud, too sleepy to stand most of the time. When going to a concert, no one wants to watch someone fall asleep on stage. Agares is unlikely to get a crowd excited at all, and his yawning would only make them want to nap too.

His power, which manipulates soil and trees, also would not be of any help to him during a performance, as he would be more likely to destroy the stage.

6 Great: Asmodeus Alice Can Do Almost Anything If It’s For Iruma

Asmodeus was just as embarrassed as Iruma was when they were on stage. However, he was quick to spout corny lines for the crowd the instant Clara told him that it was all for Iruma’s sake. He is so devoted to Iruma that he would do nearly anything for him.

RELATED: 10 Anime Heroes Who Were On The Brink Of Turning Evil (But Didn’t)

He was surprisingly popular with the crowd, and many people seemed to like him due to how shy he seemed. Additionally, no one could tell that he was actually a guy.

Jazz has a very relaxed personality and doesn’t care for doing things unless there is something in it for him. If he were to perform for an audience, he wouldn’t particularly enjoy himself as being an idol takes a lot of time and hard work.

If he were to encounter any of his fans, he is most likely to lose those fans immediately after. He has a love for stealing, so many of the people who approach him are often robbed blind.

Ronove is able to attract the attention of others thanks to his bloodline’s ability, but he uses his own skills to keep their attention. Like Clara, he often sings and performs in a flamboyant fashion that makes it difficult for people to look away.

He has an astounding amount of confidence and charmed many of the students by promising them days filled with fun if he became the head of the student council. His ability to charm people would make him a perfect performer.

Eiko is a student that is enamored with Ameri and Izuma after being saved by them. However, she can never successfully approach them, having a hard time mustering up the courage to do so.

She is almost always seen with the same friend group, watching Izuma from afar. Sometimes she gets carried away or loses her grip on herself when they are around, making her friends sigh. Someone who gets lost in their own world too easily would have a hard time being an idol.

Ameri is used to having a ridiculous workload, as she takes on many of the responsibilities of the Student Council. She strictly follows the same schedule every day with the other student council members.

Her ambitions are what motivate her, and this, along with her strength, earned her the respect of the other students. Being an idol requires this much dedication, and Ameri would be a great one if she put her mind to it.

Iruma is far more sensitive than his friends when it comes to his reputation. He would rather blend in with the crowd than stand out in any way. While most people would be too intimidated of Asmodeus to make fun of him, this isn’t the case for Iruma.

Ameri has seen him in dresses multiple times after the concert, much to his horror. After these experiences, it isn’t likely that Iruma would want to be in a dress again anytime soon.

NEXT: Demon Slayer: 10 Anime Demons Who Can Easily Defeat Muzan


Next
Demon Slayer: Mugen Train – 4 Hashira That Could Have Beat Akaza (& 4 That Would’ve Died)