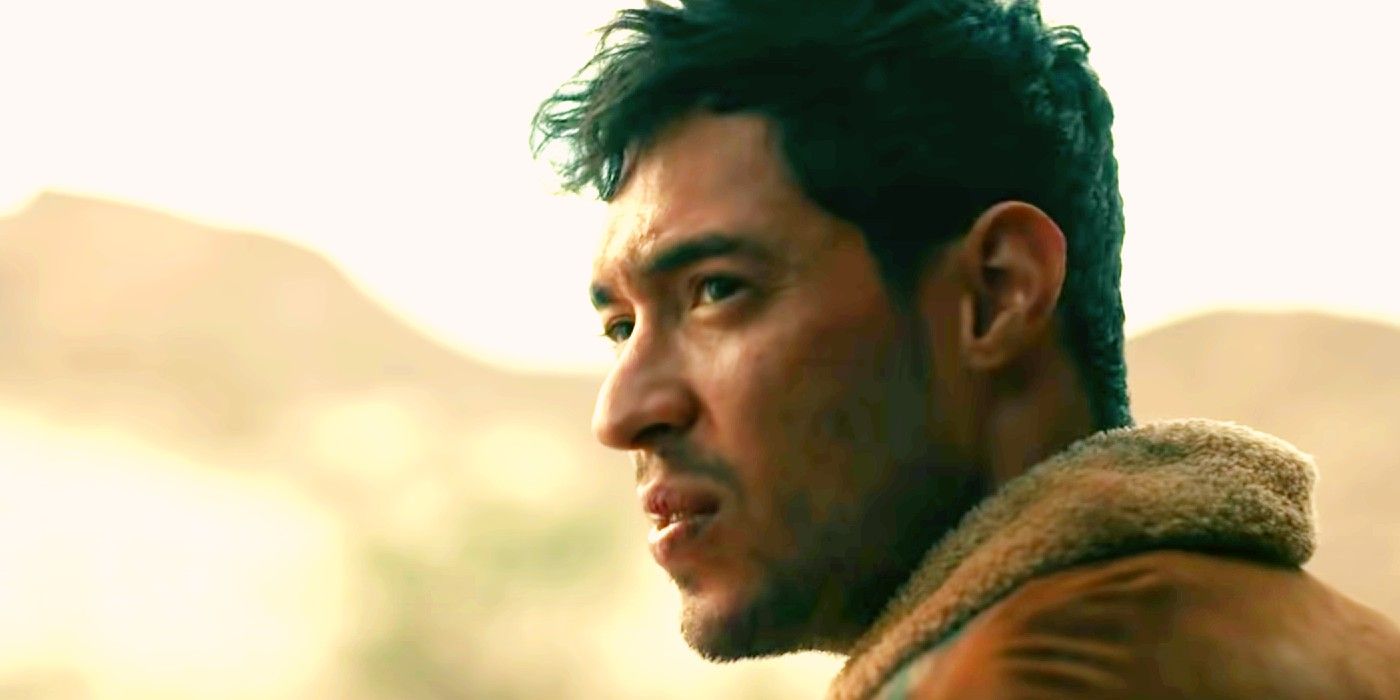 WARNING: The following contains spoilers for The Mosquito Coast Season 1, Episode 7, “The Glass Sandwich” which aired Friday on Apple TV+.

Apple TV’s adaptation of The Mosquito Coast has certainly added new spice to the franchise with Allie (Justin Theroux) taking his family down to Mexico, hoping to find a way to the mysterious Calaca and his eco-terrorist group. Allie’s about fighting the system, and in time he discovers the path to salvation and his colleagues is via Guatemala. However, as he keeps placing his loved ones in danger, we see this series is actually blending the best elements of the Narcos TV show and the Sicario movies.

In those properties, there was a lot of South and Central American corruption, painting mysterious groups that had political sway, money and resources as everyone jockeyed for power. Not to mention they dealt with law enforcement fighting corruption within, all while working behind the scenes to control the drug traffic in their own sadistic ways. It’s why the legend of Pablo Escobar became so popular for the Netflix show, and why Benicio del Toro’s Alejandro won fans over on the big screen as he ran kills for the CIA.

Fans were simply enthralled by the gamut of gang warfare and the slew of hitmen being hired to provide a select few — whether it’s cartels or governments — with the keys to building an empire. And in The Mosquito Coast we get that when Allie hires some “coyotes” to sneak his family across the border.

It results in bounty hunters looking for them, and the family being taken to Lucrecia, a mafia don. She cuts a sinister figure as she wants to trade Allie to the feds in exchange for one of her own, which leads to her former protégé, the coyote who helped Allie’s family, Chuy, turning on her.

RELATED: The Mosquito Coast: A Double-Cross Places the Fox Family in Jeopardy

Margot, Allie’s wife, then crippled their fleet and the family headed off, but this only created a war that holds absolutely no forgiveness. Lucrecia wants their heads for almost killing her grandson, especially as she knows other gangs can find and use these fugitives as bargaining chips. Also, Chuy now has to lay low before other rivals come after him and his daughter as payback for old sins, kicking off another chapter of cartel wars.

In addition, Lucrecia sends a ruthless hitman, Bill, after the family and he’s already using kids and other connections to start spilling blood. They’ve slit throats of informants and shot up NSA agents, so it’s going to be all-out war in Mexico. And sadly, Allie’s family, as they’re on the run, stand out as white people there. They now have no allies as they struggle to come up with the means to escape a bloody maze filled with reprisal and revenge that he’s trapped them in.

He-Man and Skeletor Return in the First Masters of the Universe: Revelation Trailer
Related Topics