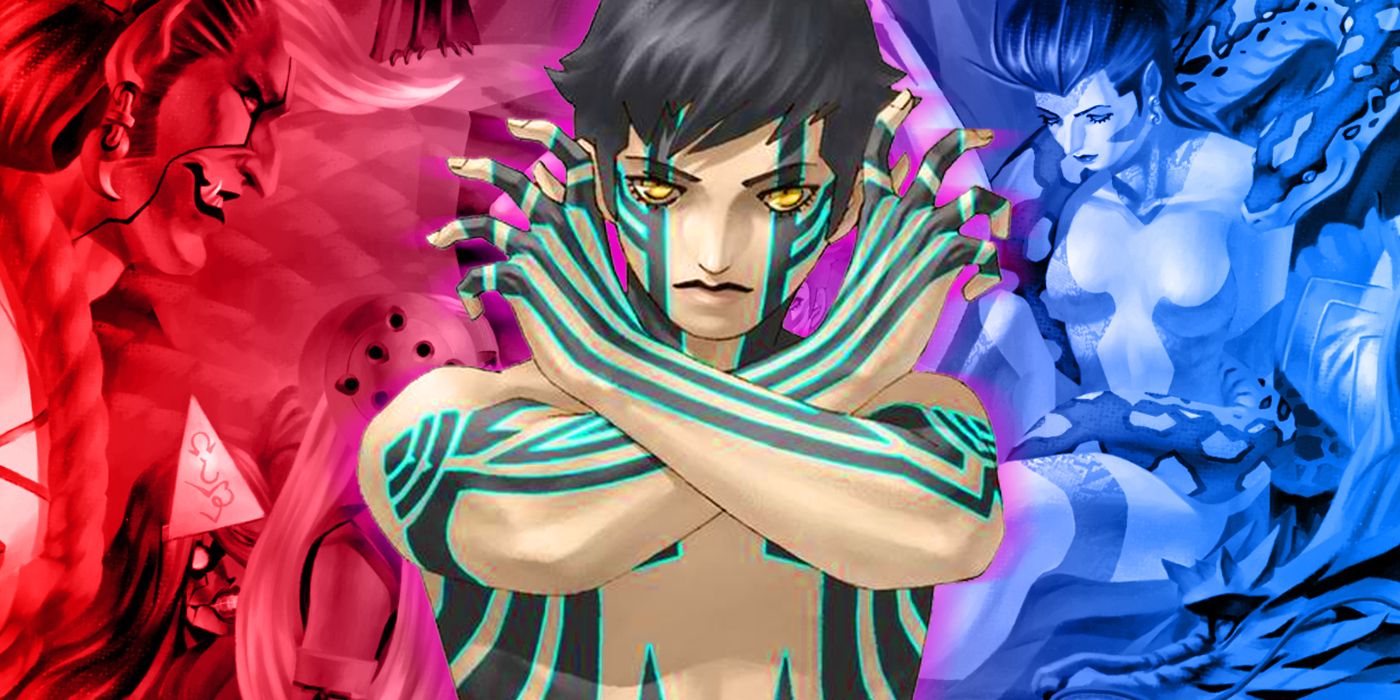 Shin Megami Tensei is Atlus’s long-running series of dark fantasy JRPGs. Unlike its sister franchise, Persona, SMT is more cosmic in scope. Its story concerns a never-ending war between Heaven and Hell, who respectively advocate for eternal order and unending anarchy. As a result, players’ choices are not between conventional good and evil but Law and Chaos. This was an interesting idea in the early 90s, which helped establish SMT as a more nuanced JRPG franchise than contemporaries like Final Fantasy and Dragon Quest.

Unfortunately, this system hasn’t aged well. While SMT‘s gameplay has consistently improved with each entry, thanks to gameplay innovations like the now-iconic Press-Turn battles, Law and Chaos have stagnated for years. Interesting dilemmas are increasingly rare, with many games determining the player’s alignment more by what they say than what they do, and the unambiguously happy Neutral endings make taking sides in the divine conflict pointless. The series would be better served by abandoning its aging morality system and creating a brand new one for future games.

The consistent problem that Atlus’s writers face when it comes to Law and Chaos is that players rarely have any good reason to align with them. When designing a moral choice system, it’s important for all its options to all be interesting to players. For example, given the choice between saving children from a burning building or pouring more fuel on the fire, evidence suggests most players will pick the former. A study in the Journal of Games Criticism reveals that players default towards the most benevolent options, no matter what other outcomes are available.

In Shin Megami Tensei, those other outcomes are consistently damaging. The forces of Law would enslave humanity through theocratic fascism, while the armies of Chaos want to create a Social Darwinist dystopia. Neither of these are beneficial to normal people, which is why the series’ fans and developers seem to regard the Neutral paths as the best of the bunch. These choices typically reject all supernatural influences, giving humanity a chance to make its own way in the world. As a result, Neutral endings typically become the canon conclusions.

It’s a shame then that Neutral is such a boring alignment. With so many gods, spirits and demons all vying to realize their vision of the world, Shin Megami Tensei theoretically has an infinite number of values and belief systems that players could choose instead of Law and Chaos. Instead, the Neutral endings only ever regurgitate tired JRPG clichés about humanity triumphing with the power of friendship. For a franchise with so many big ideas and terrifying scenarios, it’s absolutely baffling how SMT can have such a childishly simple approach to morality.

Related: Why Jade Empire’s Morality System Is BioWare’s Most Underrated

This isn’t always the case, however. Nocturne, the third game in the series, forsook all three alignments and had its characters advocate their own personal beliefs. Shin Megami Tensei: Strange Journey Redux kept the traditional alignments but added new choices that gave them additional nuance, allowing players to create a Lawful world that protected humanity or a Chaotic one that truly supported their independence. These were welcome efforts to spice up the old gameplay, but they are the exception rather than the rule. Most titles stay true to the old ways, and, as a result, their writing doesn’t have the impact that it should.

It’s a shame that most SMT games end on weak notes because the rest of their narratives are consistently engaging. Shin Megami Tensei IV had much say about the dangers of keeping people ignorant, but this moral was forgotten when its cast invoked the old cosmic rivalries. The Devil Summoner games are a surprisingly light-hearted take on the formula, with interesting alternate history settings, but their lack of unique Law content means there’s no point even considering the side. Devil Survivor has an amazing apocalyptic narrative that explores how people deal with worsening situations, but the additions made in its Overclocked expansion kill some of the mystery by tying the game more closely to the old lore.

Shin Megami Tensei games are consistently some of the best JRPGs one can play, but their writing tends to be more of a mixed bag. It’s probably for this reason that the series’ popularity has been eclipsed not just by competing franchises but also its own Persona spin-offs. However, with a bit more thought put into its story and choices, SMT might be able to stand shoulder-to-shoulder with its rivals. The fifth game’s marketing implies it’s taking cues from Nocturne, so hopefully that’s a sign that Atlus will be giving players more interesting options in the near future. Atlus’s famous franchise has always been about destroying the world and remaking it as something better. It’s time such thinking was applied to its morality.

How Does Pokemon’s Seventh Generation Build On the Foundation Of the Sixth?
Related Topics

Freelance writer and game designer with masters degrees in Game Design and Creative Writing. Builds his own games at @SamRowettGames

Rick and Morty: Who Is Evil Morty? | CBR
Attack On Titan: 10 Most Balanced Characters In The Series, Ranked
Legends of Tomorrow Gives Sara Lance a Healing Factor | CBR
Single Player Games Are As Important As Multiplayer Experiences
Biomutant: 5 Things We Love About The Game (& 5 Things We Hate)