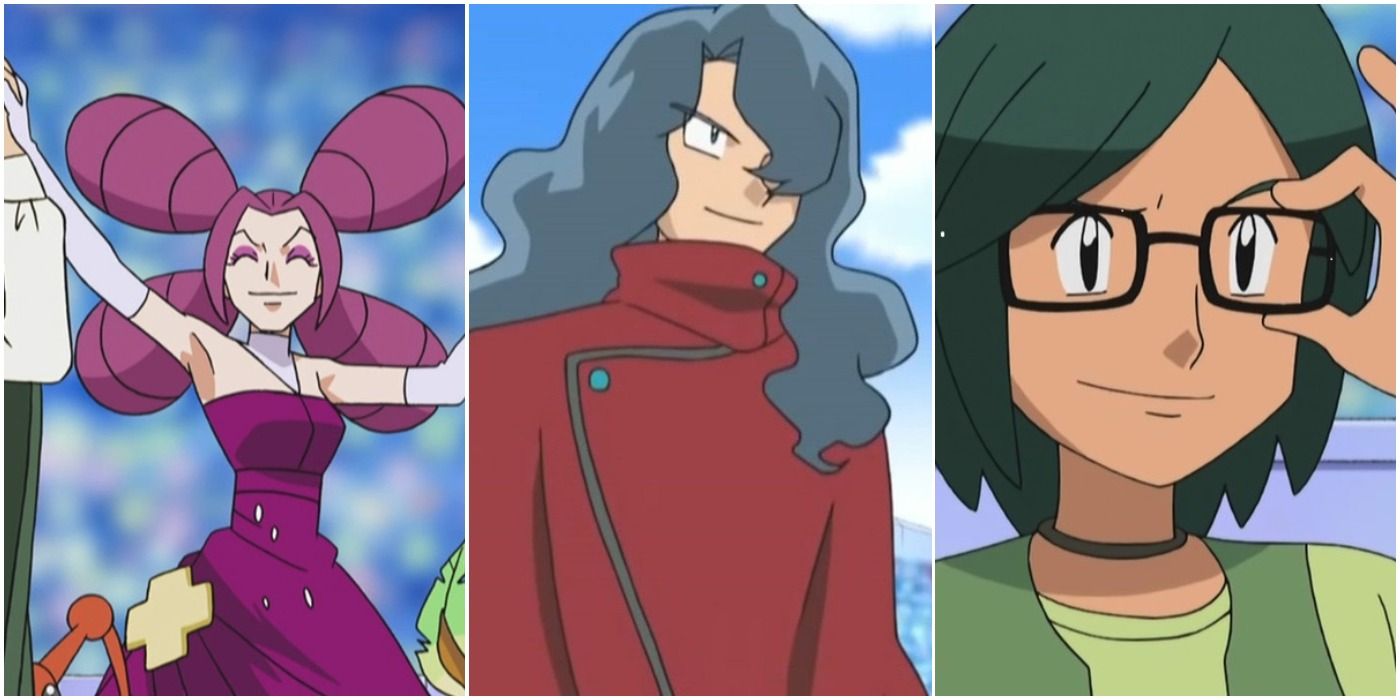 Gen IV of the Pokémon anime was one of Ash’s strongest in terms of the team he raised, the group of friends he had supporting him, and his overall experience of Sinnoh in general. However, this doesn’t mean his journey to get all eight badges and get to the Lily of the Valley Conference was an easy one, in fact, it was anything but.

RELATED: 10 Best Pokémon That Gen 4 Introduced To The Franchise, Ranked

Ash had to face several immensely strong and powerful trainers, and in some cases, he wasn’t even able to dig deep enough to overcome them, like he has been able to do against the odds so often in the anime.

When Nando first introduces himself in Diamond & Pearl, he immediately shows his poise and skill as a trainer when he easily defeats Dawn with a Budew. Fast-forward to the Lily of the Valley Conference where Ash faces Nando in one of the earlier rounds. The Budew from before is now a Roserade which causes Ash’s Staraptor problems and Nando’s Armaldo finishes it off before also knocking out Ash’s Quilava.

Nando’s Kricketune also causes Ash’s Heracross plenty of problems but eventually comes up short. Nando’s charisma and calm nature don’t quite transfer over to make him good enough to be considered one of the best trainers in the region, but he is still strong nonetheless.

9 Roark Brought The Best Out Of Ash

When Ash first faces Roark, he loses Aipom to an erratic and dangerous Cranidos, and a surprisingly quick Onix proves to be too much for Turtwig and Pikachu. To make matters worse, Roark’s Cranidos evolves into Rampardos while fending off Team Rocket, making Ash’s life much harder when it comes to their rematch.

With the threat that Roark poses, Ash has to utilize a different strategy in order to come up with a win. He has his Pokémon dodge any oncoming attacks with a spinning motion, allowing them to get in close for a surprise counterattack. This works with Pikachu on Onix, Aipom on Geodude, and Turtwig on Rampardos.

8 Candice’s Abomasnow Was A Game-Changer

When Ash faces Candice at the Snowpoint City Gym, he seems to be coasting to a victory, getting down to Candice’s fourth and final Pokémon while only losing one himself, with his Gliscor being knocked out by Snover. However, the arrival of Candice’s Abomasnow certainly changes the battle.

Abomasnow rattles Chichar, destroys Staraptor, and demolishes Grotle, before eventually going down to a returning Chimchar, making use of the type advantage of Fire versus Grass and Ice. Candice was arguably only a threat to Ash because of her Abomasnow but she was a threat all the same.

Conway is a clever trainer, constantly utilizing unique and intelligent strategies in battle. When he faces Ash in the second round of the Lily of the Valley Conference, Conway has his Shuckle use Power Trick, which surprises everyone, switching Shuckle’s immense defense with its weak attack, enabling it to cause problems for Ash’s Noctowl and Donphan before falling to Ash’s Gible.

He also has his Dusknoir use Trick Room, introducing the move to the series for the first time, which makes it quicker than all of Ash’s Pokémon. Ash consistently tries to switch Pokémon but Dusknoir uses Mean Look. Despite eventually losing to Ash’s Gible, all of these strategies make Conway one of the trickiest opponents that Ash faces on his adventures through Sinnoh.

6 Maylene Fought Ash To A Draw

Maylene is the third Gym challenge that Ash takes on in the Sinnoh region and it’s the only one that he doesn’t win outright. He makes quick work of Maylene’s Machoke and Meditite but her Lucario turns the tide of the battle, wiping out Staravia and Chimchar.

Eventually, Lucario and Ash’s Buizel knock each other out, resulting in a draw, as neither trainer has any Pokémon remaining. Maylene still decides to give Ash the badge, however, as she feels that he is still deserving of it.

5 Fantina Pushed Ash To Truly Think & Strategize Like A Winner

In “Playing The Leveling Field,” Ash battles Fantina and gets wiped out fairly easily by just her Drifloon, with it evolving into a Drifblim while facing Ash’s Pikachu. A few episodes later, Ash gets a rematch, actually taking place at the Hearthome Gym this time.

Ash uses the time in between the two battles to devise a strategy to counter Fantina’s most commonly used move, Hypnosis. He has Buizel spin while using Water Gun to render Hypnosis useless, with Fantina naming the move Counter Shield. Fantina’s Gengar, Mismagius, and Drifblim give Ash a real run for his money, resulting in a close battle.

Following Flint and Ash’s brief and fiery battle, Volkner suddenly finds a passion for battling once again and puts on a show against Ash. Electivire and Luxray knock out Ash’s Torterra and Pikachu respectively, and it takes Inernape going into a burning fit of rage to be able to overpower Luxray and knock it out for the win.

Considering that this was his first battle for a while, as he had lost the passion for it before seeing Flint and Ash go head-to-head, Volkner performs well, no doubt having the potential to be an even more formidable opponent with more practice and preparation.

Paul is essentially the opposite of Ash, as he doesn’t really care about his Pokémon, just wanting to be and beat the best. Not only does Ash adopt Paul’s Chimchar after he casts it aside due to it supposedly being weak, but Paul also crushes Ash in a 6-on-6 battle at Lake Acuity.

This all adds additional fuel to the fire that is their intense rivalry, the culmination of which happens at the Lily of the Valley Conference. In a grueling battle, Ash eventually emerges victorious, but either trainer would have deserved the win.

As a member of the Elite Four, Flint was held in high regard and this was backed up by his two battling appearances in the Diamond & Pearl series. He challenged Ash to a battle in front of his friend Volkner, the eighth Gym Leader, who was rather despondent and refusing to battle Ash.

Flint’s Infernape defeated Ash’s Buizel and Pikachu with relative ease, and after a brief and exciting flurry, Ash’s own Infernape followed suit. Flint also fought the champion, Cynthia, in the anime, with his Infernape defeating two of her Pokémon before falling to her mighty Garchomp.

Tobias was responsible for knocking Ash out of the Sinnoh Pokémon League in Pokémon Diamond & Pearl, with just two Pokémon, albeit those Pokémon being Latios and Darkrai. Darkrai destroyed half of Ash’s team before being defeated by Ash’s Sceptile and Latios defeated the rest and drew with Pikachu.

In a shocking battle with a trainer having a Legendary and a Mythical Pokémon, this battle left everyone wondering what other Pokémon Tobias had in his party of six, but no answer was ever given. He went on to win the whole tournament and should be regarded as one of the strongest trainers ever to appear in the entire Pokémon series.

NEXT: 10 Pokémon Trainers Who Humiliated Ash In Battle


Next
10 Anime Characters Who Only Pretend To Be Kind

Tom Steel is a writer and list contributor for CBR on all things anime. He is passionate about Pokemon most of all but also all things TV, film, gaming and sports. A University graduate with a degree in German Studies, Tom almost took the path of journalism instead, and is now excited to pursue it in a different capacity.