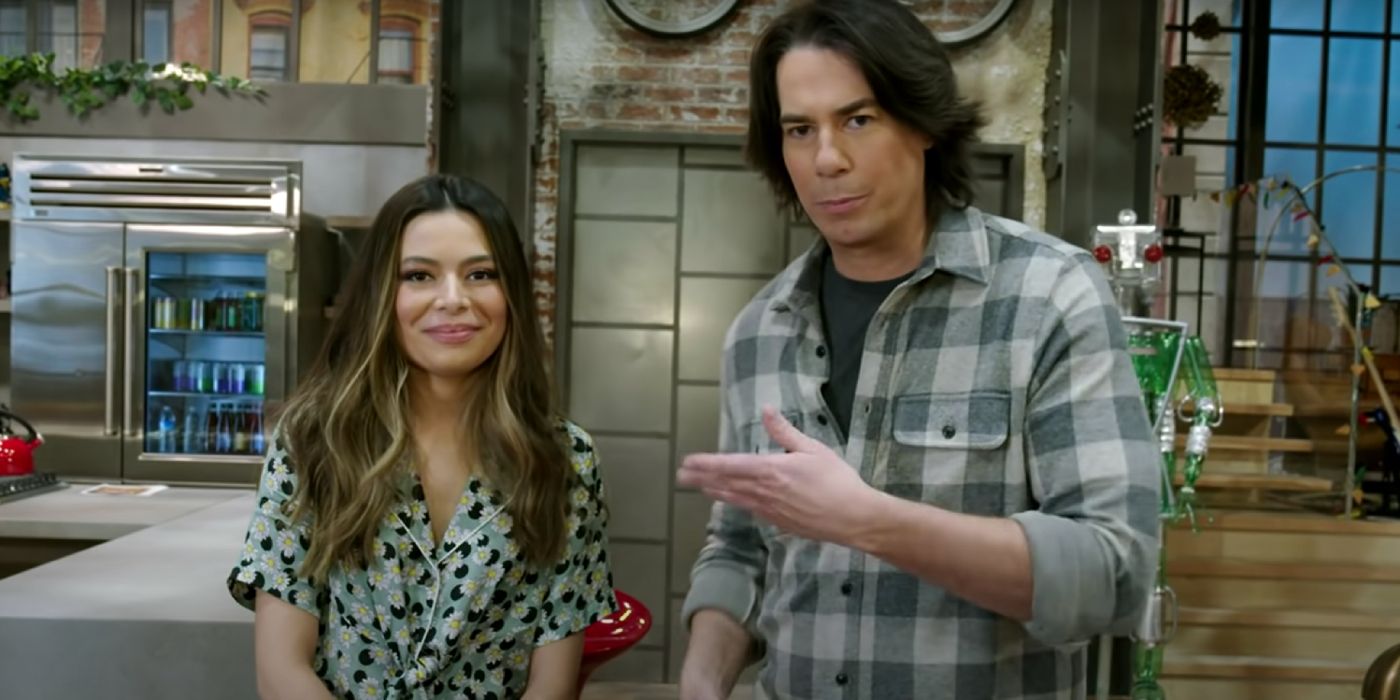 The updated title sequel for the upcoming revival of iCarly provides a glimpse of what’s to come when the series premieres on June 17 on Paramount+.

The sequence is set to “Leave It All to Me,” which was the title song of the original series and is sung by series lead Miranda Cosgrove. The web and social media-theme imagery of the opening credits is also a callback to the original (which can also be viewed below), although it has been updated to match changes in Internet aesthetics.

RELATED: iCarly: 6 Essential Episodes to Watch Before the Paramount+ Revival

iCarly premiered in 2007 and ran for six seasons and 97 episodes, ending with an hour-long special in 2012. The series stars Cosgrove as Carly Shay, a teenager who starts her own web show with her best friends Sam Puckett (Jennette McCurdy) and Freddie Benson (Nathan Kress). The series was a major hit for Nickelodeon and spawned the TV movie iGo to Japan. Nickelodeon also produced a crossover between iCarly and Victoria Justice’s Victorious. This was eventually spun out into its own spinoff Sam & Cat, which followed McCurdy’s Sam and Victorious‘ Cat Valentine (Ariana Grande). A second spinoff based on Noah Munck’s character Gibby Gibson received a pilot order but never made it to series.

The 13-episode revival picks up 10 years after the original series ended and follows Carly, now in her twenties, as she navigates work, love and family. Former cast members Kress and Jerry Trainor, who plays Carly’s brother, will return, while McCurdy, who retired from acting, will not. However, the series will address Sam’s whereabouts and where she stands with Carly. New cast members include Laci Mosley’s Harper, Carly’s roommate, and Jaidyn Triplett’s Millicent, Freddie’s snarky and social media-savvy stepdaughter.

The revival was announced back in December 2020, with production taking place in spring 2021. “Being on the iCarly set has always felt like a second home to me and it’s so awesome to be back with my pals Jerry and Nathan,” Cosgrove said in a statement. “We served up spaghetti tacos over 10 years ago, and I can’t wait to show you what we’re cooking up next with Nickelodeon for Paramount+!”

The synopsis for iCarly can be found below:

The new iCarly will pick up nearly 10 years after Nickelodeon’s original show ended, and finds Carly Shay, the original influencer, and her friends navigating work, love, and family in their twenties.

Stranger Things’ Demogorgon Could Have Looked MUCH Creepier
Related Topics