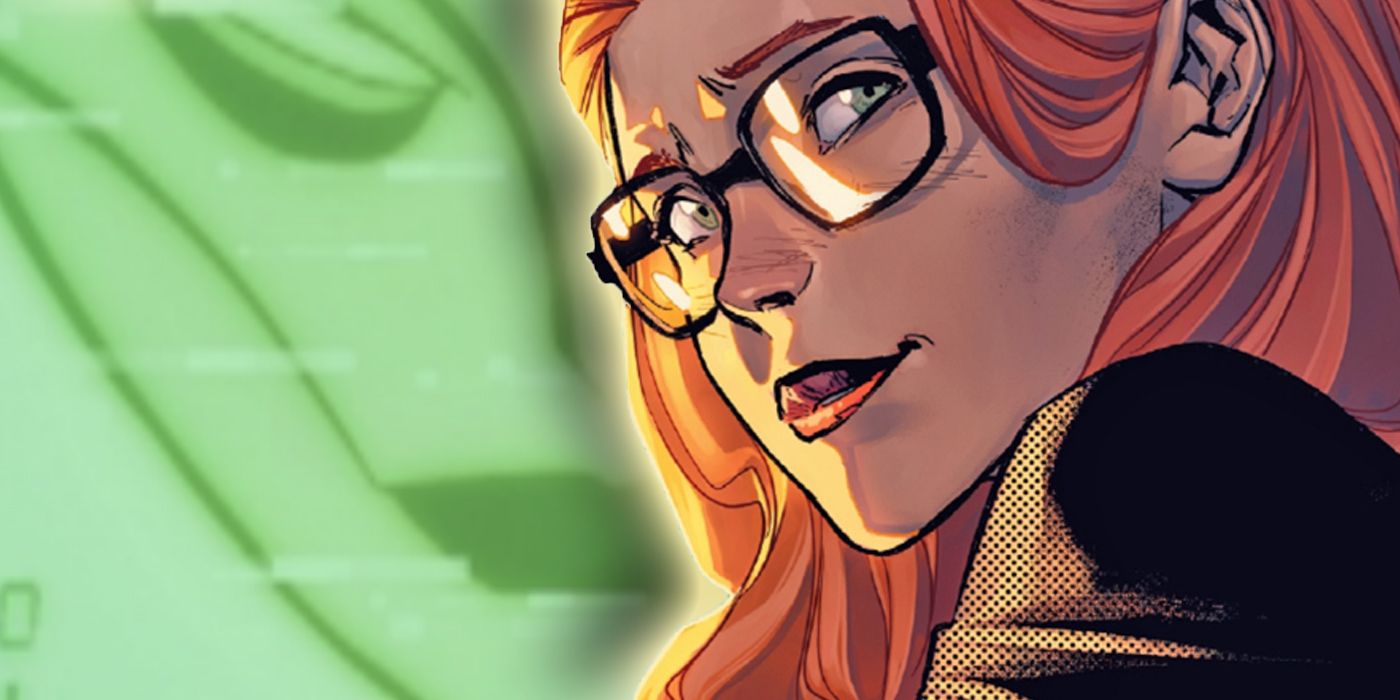 Ever since Jim Gordon was hired by a woman named Cressida to find and kill the Joker, she has been the focus of Oracle, who is determined to figure out who she really is. But while Oracle searched for any clues about the identity of her father’s mysterious benefactor, readers already learned in advance that Cressida is connected to the Court of Owls.

And now, Barbara’s meddling has earned her the attention of one of their Talons. But this isn’t the first time she’s gone up against the Court to protect her father. She’s even helped one of their talons defect and join the Birds of Prey.

Barbara knew right away that the job her father was hired for was extremely suspicious. And while her father searched for the Joker, Barbara turned her gaze to Cressida. Surprisingly, she couldn’t find out much about her, beyond the fact that she was staying in an extremely opulent hotel and that she had connections to the Athena Bank, a clever reference to the true puppeteers behind Cressida. She made so little headway that Barbara began to suspect Cressida knew she was being monitored and was intentionally doing mundane things to keep Oracle at bay.

While Barbara was laser-focused on Cressida, she failed to notice that one of the Court’s Talons had snuck into her base and was poised to strike her from behind.

All this danger to protect her father, but it isn’t the first time she’s stood between him and a Talon. In 2012’s Batgirl #9 by Gail Simone, Ardian Syaf and Dave Sharpe, during the crossover Batman: Night of the Owls the Court of Owls had unleashed an army of reanimated Talons upon the city, intending to kill every single person who stood in the way of their authority and corruption. As police commissioner at the time, Jim Gordon stood as one of the most high-value targets of the Court.

RELATED: Nightwing’s Latest Upgrade Makes Him and Oracle Closer Than Ever

Fortunately, Batgirl was there to protect him. Her intervention placed one Talon on the path towards redemption. Mary Turner was a Talon who had been scarred long before the Court got its claws into her. A horrific injury forced her to wear a mask all her life, but she found a sort of kinship in Batgirl, who also wore a mask.

Mary would later encounter Batgirl again when Catwoman broke her out of jail, having been hired by an agent of the Court to return Mary to them. Realizing what was really happening, Catwoman foiled the Court’s plans with Batgirl’s assistance. But this left Mary in the lurch since she had nowhere to go now. Once again, Batgirl found a solution by offering her a place in the Birds of Prey along with a new codename: Strix.

Now Barbara is facing off against another Talon, one sent specifically to kill her. But given how dangerous Barbara Gordon can be, this new assassin might have bitten off more than he can chew.

Amer Sawan is a reader, writer, and gamer and lover of all things nerdy based in Windermere, Florida. He is a recent graduate from the University of Florida with a B.A. in Liberal Arts. He has been a dishwasher, a Front of House server at the Magic Kingdom, and now works for Valnet Inc. as a freelance comic book features writer. In his free time Amer enjoys playing Dungeons and Dragons with his friends, both as a Dungeon Master and as a player.