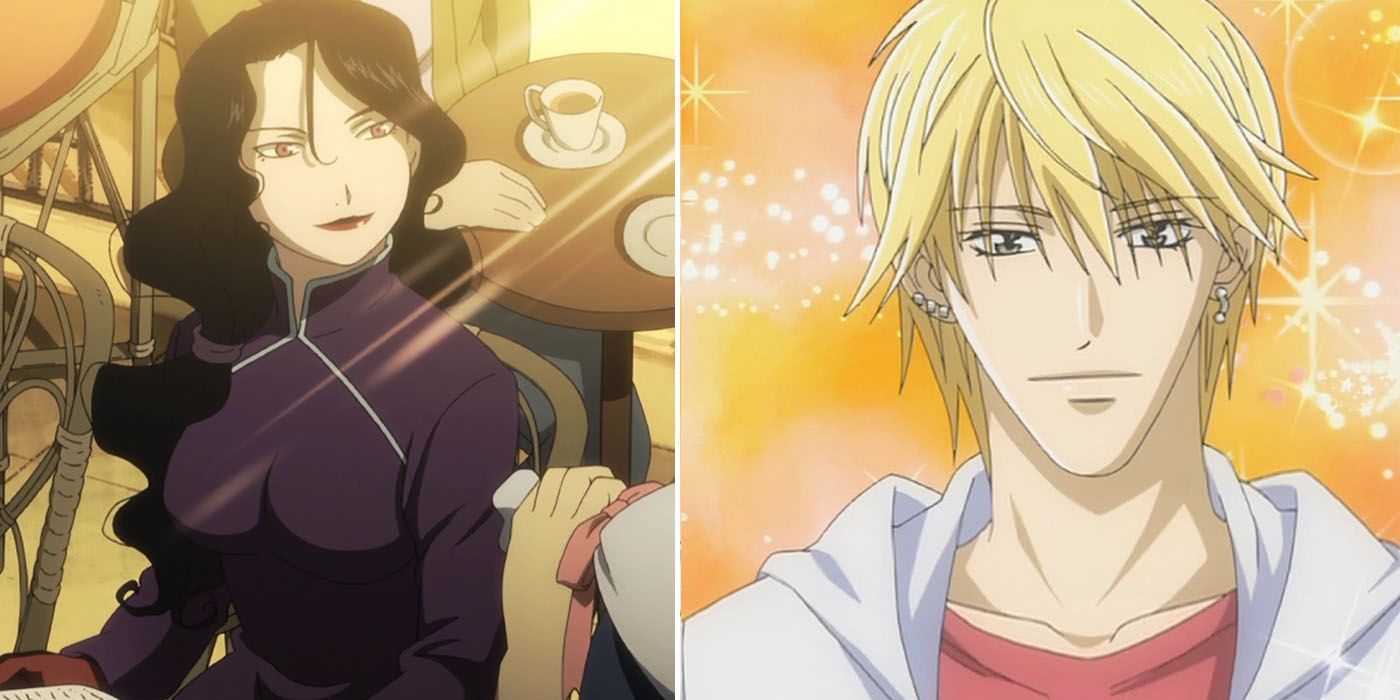 There are many anime characters who would do anything to get what they want, even if they have to resort to underhanded means. Some of them put on an entirely different persona, which is often so convincing that others are blindsided when they discover the character’s true personality.

RELATED: 10 Anime Villains Who Are Portrayed As Sympathetic (But Aren’t)

Although this is not always the case, these characters usually have sinister intentions, as their goal is to make people lower their guard around them. Characters who pretend to be kind often end up stabbing someone in the back, but these characters always end up getting their comeuppance at some point.

10 Assassination Classroom: Akira Takaoka Was Cruel To His Underlings

Akira was introduced to train the class in order to kill Korosensei sooner. He gave them food and seemed friendly, declaring that they were all family. However, it was revealed that he introduced himself this way to everyone he trained, only to brutalize them.

Anyone who opposed him was swiftly beaten, and the students were given no time to study in favor of harsh training. He continued to feign kindness and stated that his actions were necessary, but he quickly lost everyone’s trust.

9 Bleach: Sosuke Aizen Was A Master Of Manipulation

Sosuke Aizen was talented at manipulating others. He easily gained the trust of many through the use of hallucinations and a soft demeanor. Even after his betrayal of Soul Society, his vice-captain, Momo Hinamori, couldn’t bring herself to believe that he was actually evil.

When in Hueco Mundo, he ruled firmly but led many of the Arrancar to believe that he actually cared about them. A few of them were blindsided when he betrayed them too.

8 Fullmetal Alchemist: Lust Convinced Havoc She Was A Sweet Girlfriend

In Central City, Lust pretended to be a human named Solaris. She dated Jean Havoc for a short time, who was one of Roy Mustang’s subordinates. Her intention was to get information out of him.

She pretended to be a kind woman, but she was the type who enjoyed tormenting humans. She later showed her true colors to Jean, as she attempted to kill him and Roy in an encounter that eventually cost her her life.

After his abusive father passed, Dio was adopted into the Joestar family. His goal was to steal the family fortune, so he posed as the perfect son. He attempted to break Jonathan’s spirit behind George’s back, but eventually changed tactics.

He chose to poison George Joestar instead. His crime was eventually uncovered by Jonathan, and George finally realized that Dio wasn’t as good of a person as he thought.

6 My Hero Academia: Yo Shindo Was Cordial To Class 1-A While Plotting Against Them

When Class 1-A first met Shindo, he seemed friendly on the surface. He was polite as he introduced himself, but Katsuki Bakugo saw right through him in an instant. The other students gave Shindo the benefit of the doubt but quickly realized that he was plotting to attack them during their Provisional Hero License Exam.

Although all of the other schools had thought of the same tactic of ganging up on the U.A. students, Shindo was the most malicious about it.

5 The Rising Of The Shield Hero: Malty Melromarc Pretended To Be A Victim

Malty, in feigned kindness, join’s Naofumi Iwatani’s party since no one else would. She convinced him to spend all of his money, and the very next day, he found most of his possessions gone. She accused him of forcing himself onto her, sobbing, and acting distraught.

At this point, Naofumi stopped trusting her, but the other heroes continued to think she was innocent. The Spear Hero in particular bought into her innocent act and went along with everything she said.

4 Skip Beat: Sho Fuwa Pretended To Care About Kyoko When He Just Wanted A Servant

Sho and Kyoko Mogami were childhood friends. In order to pursue his dream to become a famous musician and to avoid marrying Kyoko, he asked her to run away with him.

Kyoko hadn’t even graduated high school, but the “heartfelt” way he spoke to her made her follow him. In reality, all he wanted was for her to act as his servant and to support him by working multiple jobs. Kyoko was sadly happy with this life until she found out he was just using her.

3 Yu-Gi-Oh!: Seto Kaiba Pretended To Be Yugi’s Friend To Get His Grandpa’s Card

When Kaiba overheard Yugi Muto telling his friends about a rare card that his grandfather owned, Kaiba approached him and pretended to be friendly. He asked to accompany Yugi to his grandfather’s shop in order to see the card.

When there, he realized it was the Blue-Eyes White Dragon that he was searching for, and asked to either buy the card or trade for it. Solomon Muto refused, as the card had sentimental value. Kaiba eventually managed to get a hold of it, only to tear it in half.

2 Death Note: Light Yagami Put Up A Façade So No One Thought He Was Kira

After Light picked up the Death Note, he quickly became corrupted by its power. Feeling like he was a god, he didn’t hesitate to enact swift “justice” upon criminals that he deemed deserving of death.

As people searched for the identity of Kira, he acted like a well-intentioned young man, but didn’t hesitate to use the people around him for his own benefit. He was willing to kill anyone to keep his secret, including family.

1 Future Diary: Yuno Gasai Was More Vicious Than She Let On

Yuno appeared to be sweet and friendly, initially introduced as one of the more popular students in her class. However, Yuno’s personality was actually completely warped due to her abusive home life.

She felt that Yukiteru Amano was all that she had, and she didn’t hesitate to use any means necessary to keep him to herself. She acted like a cold-blooded killer one moment, and like a sweet angel the next.

NEXT: 10 Anime Villains Who Are Comic Relief Characters


Next
Boruto: 10 Times Naruto’s Past Came Back To Haunt Him