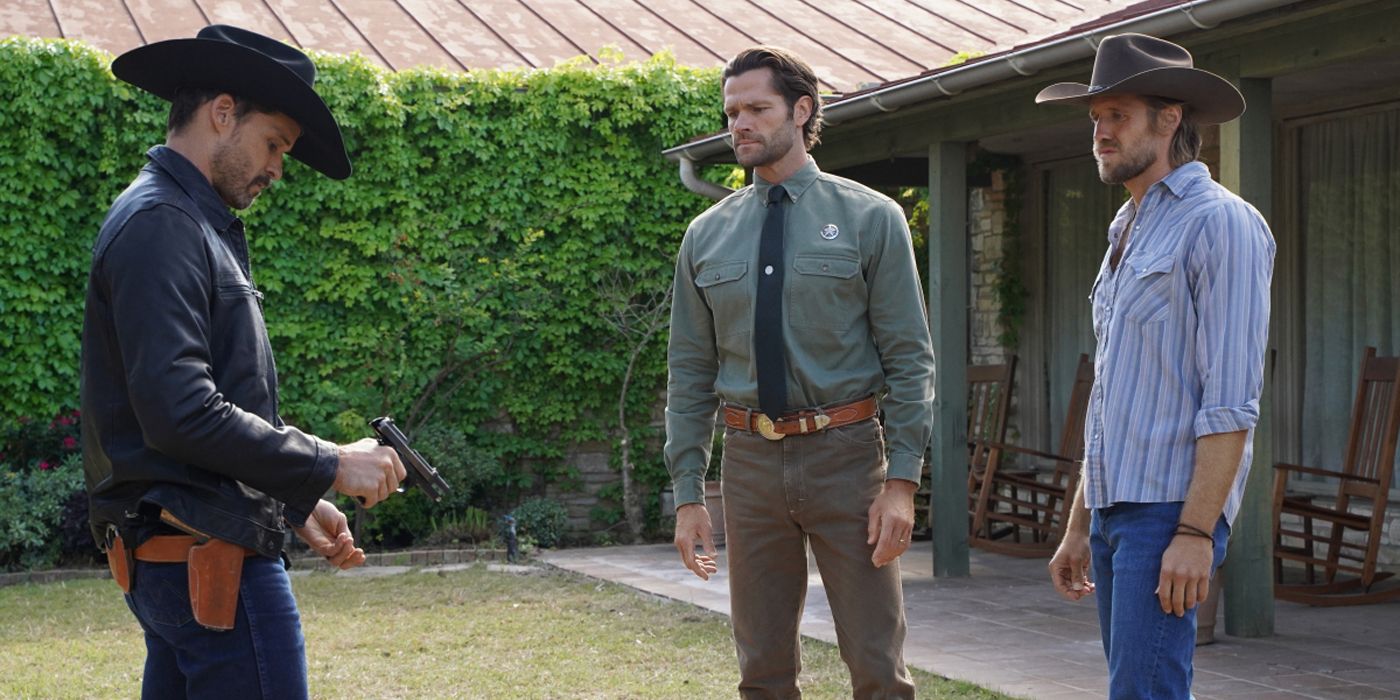 Episode 13 of The CW’s Walker, which airs June 10, was originally intended to be the Season 1 finale before five more episodes were ordered.

“Yeah, it was. And it didn’t change when they added episodes, so it’s an enormous, enormous episode,” Walker star Jared Padalecki told EW. “It’s the biggest by far. It was meant to be a three-part finale with [episode] 13 obviously being the big guns, so it’s huge.”

“I remember telling [his wife] Gen before we were shooting it, ‘I’m going to be a little off for the next week and a half. I’m not really going to be present as a husband or father, I apologize, but there’s so much,'” he continued. “I had to stay in a certain headspace. I really wanted to do it properly; I wanted to give everything to Walker. It’s a huge episode. It was an enormous season finale, and now it happens to not be our season finale, but it’s still equally as enormous.”

In May, The CW confirmed Walker Season 1 will now conclude on Aug. 12.

Jon Arvedon is CBR’s lead news editor and began working for the site in 2017. He’s been an avid superhero fan since he was a young child, though it wasn’t until much later in life that he finally began venturing into the actual comic books that made those characters so popular in the first place. Nevertheless, he immediately developed a strong passion for the medium and began aggressively expanding his knowledge, using any and all downtime at his old office job to scour the depths of Marvel Unlimited, comiXology and the occasional wiki page to help fill in the gaps. His love of comics is rivaled only by that of his love for Star Wars. If you’re so inclined, you can follow Jon on Twitter at @JonArvedon.