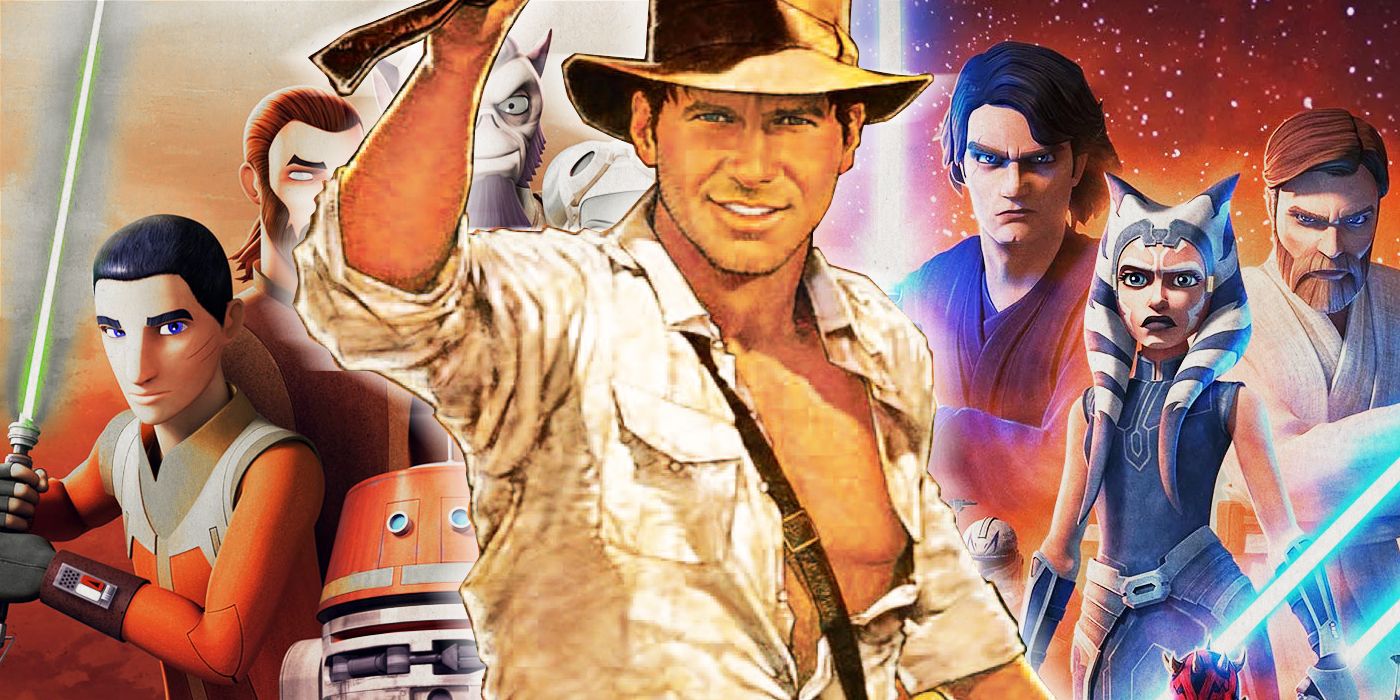 The Star Wars and Indiana Jones franchises have always gone hand in hand. They share a co-creator in George Lucas and during the heyday of the 80s blockbusters, the two franchises seemingly swapped release dates with each other every year. Since then, Indiana Jones hasn’t expanded at nearly the same rate as its cousin, owing mainly to the fact that it centers on a single character while Star Wars has expanded to include an entire galaxy. Nevertheless, their shared DNA remains deeply entwined in ways not readily separated. Additionally, both accrued the same fans at the same time, which included current Star Wars creative overseer Dave Filoni.

In-jokes and subtle cross-connections have appeared throughout the series. The idol from Raiders of the Lost Ark cropped up in Solo: A Star Wars Story, for instance, while R2-D2 and C-3PO famously graced the Well of Souls in Raiders. Filoni has taken care to pepper both Star Wars: The Clone Wars and Star Wars Rebels with several more, helping to keep the tradition arrive while quietly tipping Star Wars’ cap to its fedora-wearing kin. The 40th anniversary of Raiders provides a good opportunity to look back at those moments, and hope for more of them from Star Wars: The Bad Batch. They are arranged here in chronological order.

RELATED: Spielberg Directed Indiana Jones After Being Turned Down For a BIGGER Franchise

The first overt Indiana Jones Easter egg in The Clone Wars occurs in Season 1, Episode 12, “The Gungan General.” A staff belonging to Senator Kharrus of Gran carries a very familiar headpiece: a near-perfect match of the Staff of Ra in Raiders. The senator himself is killed during a ship crash in the episode, and Jar-Jar Binks marks his grave with the staff, making it very difficult for even the more casual viewer to miss.

Clone Wars, Season 1, Episode 21, “Liberty on Ryloth” features the Twi’lek Ark, an ancient relic from the planet of Ryloth that became a source of contention for the two sides during the Clone Wars. It bears an unmistakable resemblance to the Ark of the Covenant, and its name and revered status form an open homage. The Separatists loot the planet during “Liberty on Ryloth,” taking the ark with them. It reappears in the Empire’s possession during Rebels, Season 3, Episode 9, “The Wynkahthu Job,” as part of the cargo claimed by the Spectres in a raid. According to the Star Wars: Forces of Destiny micro-series, it eventually finds its way to Maz Kanata’s collection on Takodana.

RELATED: Star Wars: Everything We Know About The Rise of Skywalker’s Canon Gay Couple

Clone Wars, Season 3, Episode 22, “Wookiee Hunt” ends with an epic battle between Ahsoka Tano and a Trandoshan hunter interested in her head. In the middle of the fight is a tough-to-spot but unmistakable alien skull: a dead ringer for the one in 2008’s Indiana Jones and the Kingdom of the Crystal Skull. Considering its status as a trophy, it begs the question of whether there is some firm crossover between the Star Wars galaxy and the world of Dr. Jones.

Few recurring characters in The Clone Wars felt more of a kind with the Western than Cad Bane, whose broad-brimmed hat and twin blasters were deliberately evocative of dime novel gunslingers. The hat gave producers an opportunity to add perhaps the most overt Indiana Jones Easter egg yet. In The Clone Wars, Season 4, Episode 16, “Friends and Enemies,” Bane escapes from prison along with Obi-Wan, and the two need disguises to pass among the local populace. Bane finds a replacement hat in a merchant shop, and it happens to be a perfect duplicate of Indiana Jones’ fedora. 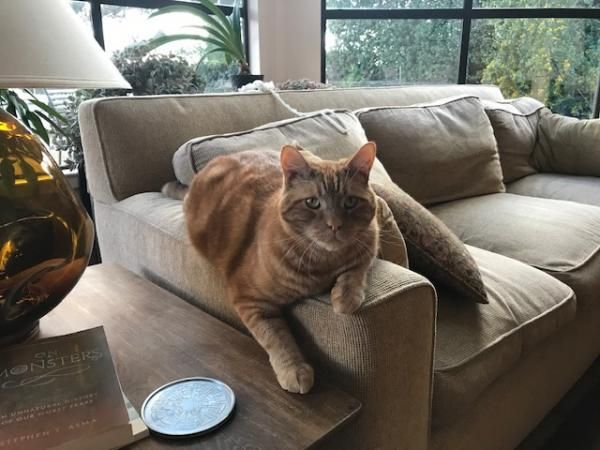 A native Californian, Rob Vaux has been a critic and entertainment writer for over 20 years, including work for Collider, Mania.com and the Sci-Fi Movie Page. He lives in the Los Angeles area, roots for the Angels, and is old enough to remember when Splinter of the Mind’s Eye was a big deal.