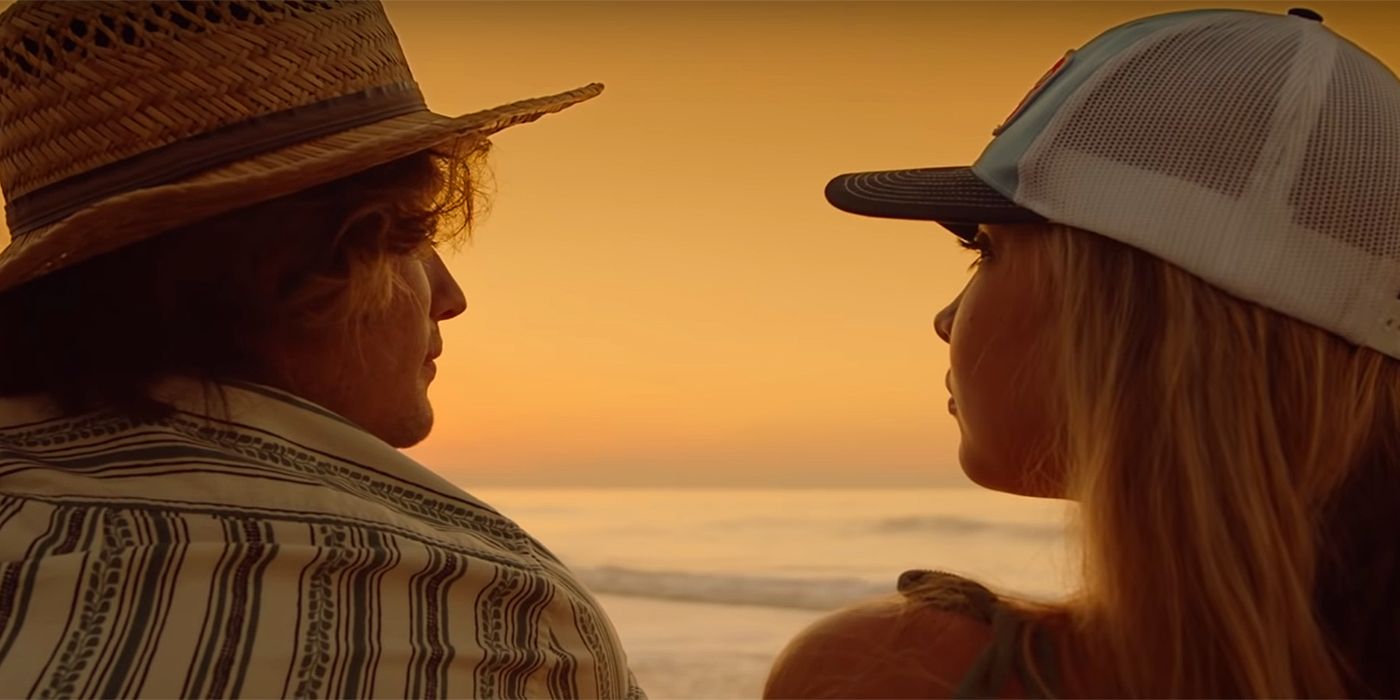 The teen mystery drama Outer Banks took Netflix by storm in 2020, and swiftly earned a Season 2 renewal. Set along the Outer Banks of North Carolina, the series centers around the divide between the working-class locals, known as Pogues, and the wealthy seasonal residents, called the Kooks. The two groups clash as teenagers race to find the rumored treasure located in a sunken ship.

In the Outer Banks Season 1 finale, protagonist John B. Routledge (Chase Stokes), now a fugitive, raced to the Bahamas in pursuit of the treasure. Here’s everything we know ahead of the release of Season 2.

The Outer Banks Season 1 finale set up the show nicely for a second season. Before the events for the first season, John B’s father, Big John, mysteriously disappeared. John B realizes his father disappearance is somehow intertwined with local rumors about a treasure.

He discovers that Ward Cameron (Charles Esten), the father of love interest Sarah (Madelyn Cline), had worked with Big John to find the treasure, before killing him over a related dispute. In an argument following this realization, Sarah’s brother kills the police officer who gets too close to the truth. The cop’s murder is pinned on John B, but instead of facing certain arrest, he and Sarah head out to sea in the middle of a storm. They’re presumed dead, so they follow the treasure trail to the Bahamas.

That leaves a lot of room for the plot of Outer Banks Season 2. While part of the season may end up taking place in the Bahamas, the show will likely bring John B and Sarah back to the Outer Banks. That will undoubtedly lead to a showdown between John B and Ward, although whether that leads to Ward’s arrest remains to be seen.

Filming began in September 2020, about two months after the Season 2 renewal was announced in an Instagram post captioned, “See you in the Bahamas.” Like other shows in production in 2020 and 2021, Outer Banks had to work with new COVID-19 safety protocols.

Chase Stokes and Madelyn Cline will return to Outer Banks Season 2 in their respective roles as John B and Sarah, joined by Madison Bailey, Jonathan Daviss and Rudy Pankow as friends Kiara, Pope and JJ. Season 1 set up Ward to be the antagonist for the second season of the show, meaning Charles Esten will also return to the popular Netflix series.

Lost and Once Upon a Time alum Elizabeth Mitchell will join the cast as Limbrey, described as “a longtime Charleston native; a compelling woman with a level of toxicity and menace underneath her seemingly courteous ways.” As Mitchell is a fairly recognizable television actress, her addition to the show signals Outer Banks‘ growing popularity. Should a potential Outer Banks Season 3 happen, the star power may continue to rise. However, it all depends on how Sseason 2 performs on Netflix.

This article will be updated as more information becomes available.

Brynne is a lifelong lover of movies and television. She cannot remember a time where she wasn’t constantly offering her unsolicited movie reviews to anyone who would listen. You can also catch her on ScreenRant and The Playlist. Tweet your movie recommendations to her at @brynneramella…send cat pictures, too.