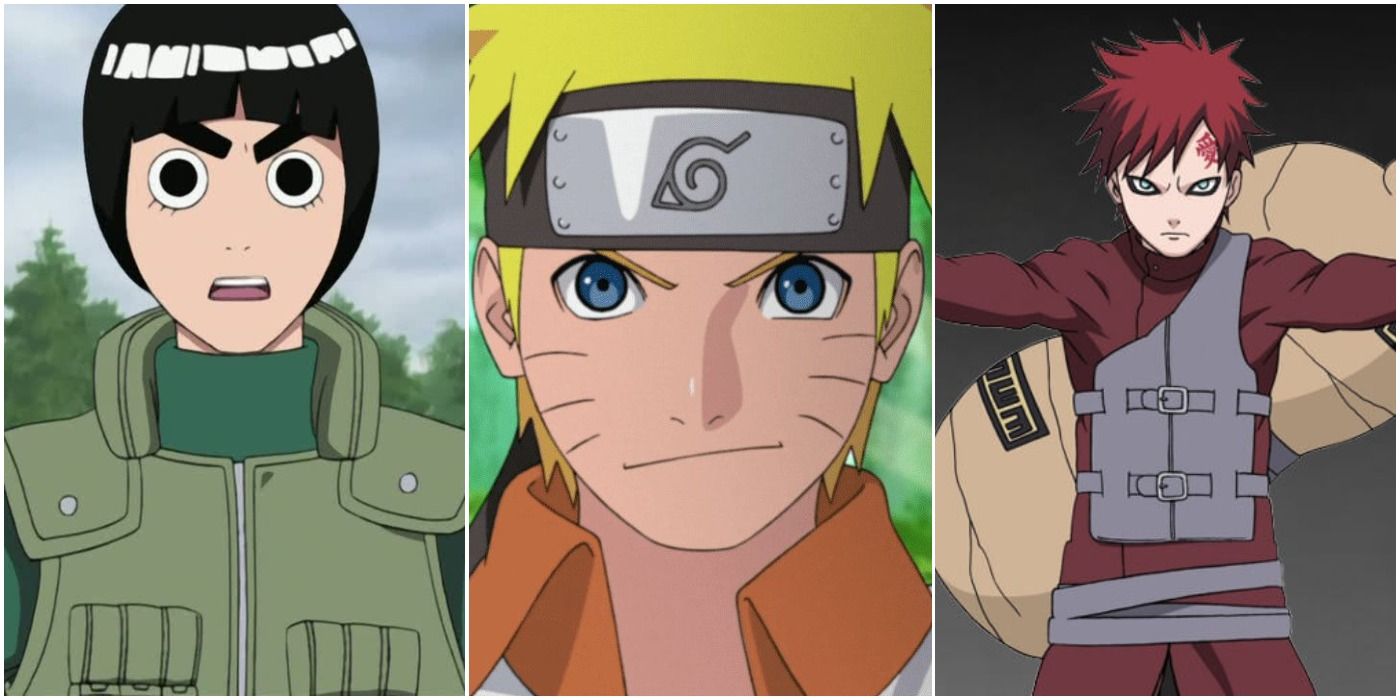 The ninja world of Naruto is not only competitive, but every day is filled with life-or-death situations. These reasons alone make the ninjas who grow up within the hidden villages want to be the strongest and most proficient fighters. However, these aren’t the only factors motivating them. There are some that have goals and vendettas, while others have a strong desire to simply be acknowledged.

Some characters earned recognition from both superiors and peers for their fighting ability, like Sasuke Uchiha. This isn’t the case for everyone, and other students like Naruto Uzumaki had to fight for acknowledgement. There were some who just weren’t taken seriously, and as disappointing as that was for them, it only motivated them to work that much harder to prove their doubters wrong.

Tenten wasn’t seen as a serious kunoichi when Naruto started. She was made a member of Team Guy, which also included Neji Hyuga and Rock Lee. Tenten’s fighting dexterity wasn’t as impressive as the rest of her team. She didn’t have Kekkei Genkai like Neji or expert taijutsu prowess like Lee. She was a weapon specialist. The extent of her power looked weak, especially after her loss against Temari during the Chunin Exams.

However, Tenten proved that her weapon mastery was more effective than others thought. She was later able to complete S-ranked missions without needing help, and played a huge role in the Fourth Great Ninja War as she took out many adversaries using the legendary Bashosen without any guidance.

Guy took after his father in that he was a late bloomer. In his early days at the Academy, he didn’t show as much promise as the rest of his classmates. In fact, during his first meeting with future rival Kakashi Hatake, Kakashi refused to acknowledge him as any sort of competition. With the help of his father’s positive teachings, Guy went on to be one of the strongest shinobi in The Hidden Leaf Village. He unlocked secrets of chakra that allowed him to perform special techniques like the Eight Gates. He’s an incredible sensei with taijutsu capabilities that make him a tough competitor in every battle.

8 Shino Constantly Proves That He Deserves To Be Remembered

Shino is constantly forgotten throughout the series, Naruto even has hard a time remembering his name. He’s not the most talkative character and doesn’t get as much screen time as the rest of his team. However, whenever Shino does show up, he makes fans wonder why he isn’t shown more often.

Shino’s tracking abilities and insect techniques are vastly underrated. He saved Sasuke and battled Kankuro when the Sand Village unwittingly joined forces with Orochimaru to take over Konoha. He also helped his clan confront Konan during Pain’s attack. Shino might be a man of few words and appearances, but whenever Shino does appear on screen, he is saving the day.

Choji was always looked at as the chubby jokester. His main focus was food, and he didn’t put much effort into his training. During his days at the Academy, his teammates and sensei had to prepare him for training or battle by referencing his weight – it was a sure way to get him fired up. Still, some of those instances resulted in failure as he was easily subdued most of the time.

After Sasuke was kidnapped by sound ninjas, each ninja that went after him had to fight for their lives in order to defeat those that were tasked with bringing him back to Orochimaru. Choji’s fight against Jirobo proved that when his comrades are in need, Choji is capable of holding his own and protecting those that he loves. He went on to continue to show his strength in the Fourth Great War by using his clan ultimate technique, Butterfly Mode, to back up his team.

Lee knew the incredible speed and taijutsu strength he possessed and was ready to test it against the strongest of his peers, Sasuke Uchiha. Lee’s speed proved that it wouldn’t be an easily battle, and Sasuke was unable to stop his attacks even though he could see them. One of Lee’s most incredible victories came after his fight against Gaara.

Even though he did well evading Gaara’s sand attacks and stunned onlookers when he dropped his ankle weights, he was defeated when Gaara, feeling humiliated, used his Sand Coffin Technique to crush one of his arms and legs. With help from Tsunade Senju, Lee shocked everyone when he not only gained use of his damaged arm and leg, but showed up to help Naruto and put up an excellent fight against Kimimaro not too long after his surgery.

Even with a powerful Kekkei Genkai that granted her telekinetic abilities, Ino still was very weak initially and wasn’t very helpful to her comrades. Upon graduating from the Academy, Ino quickly rid herself of the childlike mentality that fueled her rivalry with Sakura. She began to train harder, and gained strength as she grew throughout Naruto.

During the Fourth Great Ninja war, Ino pushed past her limitations and played a pivotal role in her teams defense attacks. Her Mind Transmission Technique allowed for the Allied Shinobi Forces to communicate with one another from different battlefields, creating a way for Shikamaru and other leaders to guide them to victory.

Like most jinchuriki, B was ostracized by his fellow villagers for having one of the tailed beasts sealed inside of him. Villagers would throw things at him as he walked through the village when he was a child. B not only overcame the hatred he was bombarded with, but became one of the strongest shinobi among the hidden villages and earned the love of the members of his home, The Village Hidden in the Clouds. He formed a close bond with Gyuki which granted him control of his tailed beast chakra, mastered a seven sword style, and is the best rapper in the entire shinobi world.

3 Might Duy Saved His Comrades and Became A Legendary Hero

Might Duy was known as the eternal genin, as he couldn’t graduate past that level. He was a grown man with teammates as young as his son. He even had to make pleas in order to be allowed to go on lower level missions. Despite the judgements of those who looked down on him, Duy took every opportunity to operate with grace, excitement, and positivity.

RELATED: Naruto: The Konoha 11 Ranked By Their Biggest Weakness

On his final mission, Duy sacrificed his life by using the Eight Gates to kill four of the swordsmen to save his comrades and died as a hero. Claiming a victory that most of the ninjas from his village couldn’t, Duy earned the recognition of everyone who chastised him.

2 Gaara Released His Pain And Became The Kazekage

Being the son of the Kazekage didn’t save Gaara from the tradition of hating all jinchuriki. While feeling the pain of this hatred, he discovered that his uncle tried to kill him and he was told that his mother hated him. Gaara then decided that he’d rather be feared than face the pain of rejection. He spent the rest of his younger years satisfying a thirst for blood and isolating himself from everyone, including his siblings.

At the beginning of Naruto Shippuden, it is revealed that Gaara became the new Kazekage of The Sand Village. He was now a beloved leader and even sacrificed himself in his fight against Deidara in order to protect his village. As a result, countless shinobi and kunoichi risked everything to bring him back.

Naruto felt the sting of loneliness for most of his young adult life. His main goal was to be acknowledged by the people who hated him so much. He not only wanted to gain recognition, he wanted to become Hokage. Naruto struggled during his days at the Academy; he wasn’t particularly book smart and almost didn’t graduate. In his fight against Mizuki, Naruto created innumerable fully functioning clones as he was determined to protect Iruka sensei, the first person to show him affection.

He made his worst jutsu his signature attack, and it was the first of many illustrations of Naruto’s perseverance. By the age of seventeen, Naruto saved his village several times, mastered Sage Mode and his father’s Rasengan, created a contract with the tailed beast that initially didn’t want anything to do with him, and protected all of his comrades during the Fourth Great Ninja War. Naruto refuted everyone’s doubts and became the Seventh Hokage of Konohagakure, accomplishing every goal he said he would.

NEXT: 10 Times Naruto Earned His Village’s Respect (In Chronological Order)


Next
Attack On Titan: 5 Characters Eren Could Defeat (& 5 He Couldn’t) 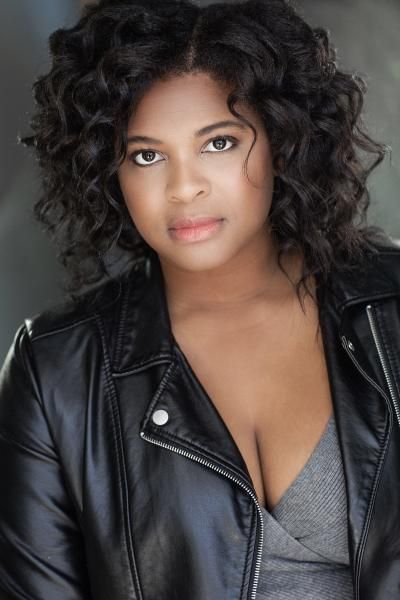 Xandalee Joseph is a freelance writer with a passion for literature and entertainment. Xandalee considers herself a citizen of the world as she has lived in both Europe and the United States. She’s an anime lover with an adoration for 90’s nostalgia. With a degree in literature, and as a graduate of Queen Mary University London’s Theatre and Performance master’s program, Xandalee is now combining her passions as a list writer for Valnet, Inc.