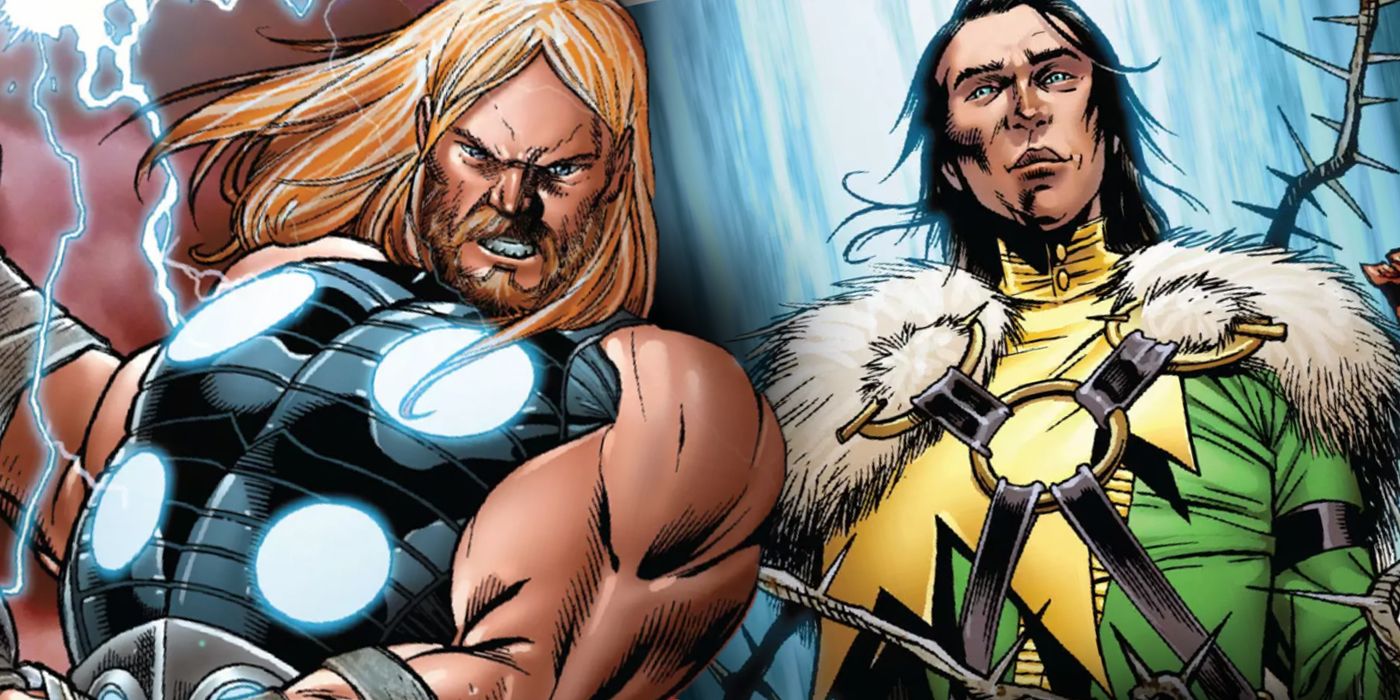 Ever since he was introduced in the Silver Age, Marvel’s Loki has been a melodramatic, conniving and deceitful thorn in his brother’s side. Designed by Jack Kirby, Loki was originally a devilish and gaudy figure whose goofy yet regal looks fit a Norse god of mischief. This look and characterization were drastically changed for the Ultimate Universe, however.

Kept in the shadows and at one point seemingly not even a god, the Ultimate Universe version of Loki was a far cry from the horn-helmet wearing figure from the Silver Age. His trickery fooled both the United States government and Thor himself, forcing the God of Thunder to restore his own faith in order to combat the mischief of the deadliest Loki ever.

The Grounded God of Mischief

The Ultimate Universe version of Loki debuted in Mark Millar and Bryan Hitch’s The Ultimates 2. His origins were different than in the mainstream universe. Whereas Loki’s last name in the 616 Universe was Laufeyson, reflecting his status as a shapeshifting Frost Giant adopted by Odin, Ultimate Loki is Odin’s biological son and Odin’s union with a Frost Giant woman was only meant to broker peace between the two.

Loki’s mother convinced Loki to seek out the mystical Norn Stones, but the deceptive scheme saw Loki banished from Asgard. From there, he would begin manipulating the events of human affairs by posing as the Nazi Baron Zemo during World War II. His murder of Heimdall would see him banished by Odin to the Room Without Doors where he would remain for decades.

His greatest threat would manifest in the events of The Ultimates 2, where he would manipulate the Ultimates, including Thor. He used his powers to fabricate a backstory for himself and Thor, causing Thor and his teammates to lose faith in and doubt the so-called God of Thunder. This backstory involved a supposed European Defense Initiative, the European equivalent of the Ultimates based out of Norway. Loki’s “true name” was Gunnar Golmen, whose brother Thorlief was a former mental patient who pretended to be Thor after stealing technology that emulated the Norse god’s powers. Loki’s own powers were explained as the ability to manipulate time and space, similar to Scarlet Witch, and keeping even the divine fairly grounded in the more realistic universe.

In a bid to jumpstart World War III, Loki aligns himself with the Liberators, who all represented countries that the Ultimates and the United States of America had invaded beforehand. His exact motivations for doing so were muddled and stemmed from his jealousy of Thor’s favor in Odin’s eyes, as well as Loki just wanting to cause his trademark mayhem.

His constant messing with Thor and his posing in Gunnar got everyone else to believe that Thor was in fact a mere mortal who had lost his mind. This led to Thor being captured and Captain America framed for the murder of Hawkeye’s family. When the Liberators launched their assault on America, the Ultimates’ particularly susceptible.

The Liberators are eventually put on the ropes, forcing Loki to take a more active role despite the risk of it drawing the attention of Odin. He would also take on a more traditional form of a yellow and green costume, reflecting the character’s classic design. To combat him, Scarlet Witch uses her powers to summon Thor. Finally regaining faith in himself, Thor summons allies from Asgard before sending Loki back to face Odin’s wrath. Loki would appear in later stories vexing Thor and Valkyrie before being felled with almost all of the other Asgardians by an evil Reed Richards. His plain-clothes antics, however, seem to be inspiring the Disney+ TV show for the character, showing how this more mundane take on the God of Mischief may perhaps be his ultimate incarnation.