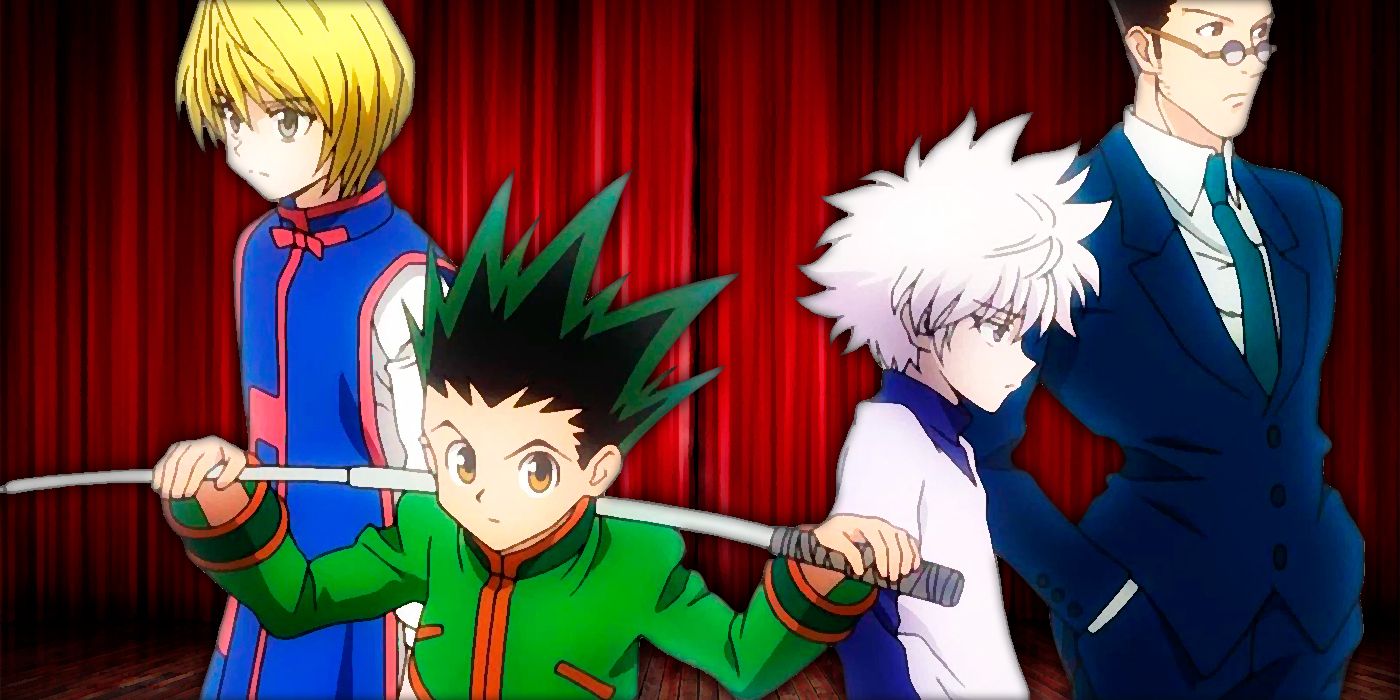 Anime stage musicals are nothing new, with many popular series making the jump to theater. However, one musical stands out in this crowded field due to how unexpected its existence is. The Hunter X Hunter musical, Hunter × Hunter: The Nightmare of Zaoldyeck, is one of three Hunter X Hunter stage plays, but its production history and fantastic story make it the most memorable.

Hunter × Hunter: The Nightmare of Zaoldyeck tells a story set at the end of the Hunter Exam arc of the original manga. It follows Gon, Kurapika and Leorio as they try to collect their friend Killua after he failed his Hunter Exam and ran off. This means going to Killua’s family home at Kukuroo Mountain. This rescue attempt is made even more difficult as Killua’s family is the infamous Zoldyck Family, a group of assassins that stop at nothing to dispatch their target. When they reach the mansion, the group finds themselves trapped in a storm of family politics that quickly erupt into combat, as Killua’s family pushes him to be the assassin they want him to be, no matter how many bodies stack up along the way.

Related: Avatar: The Last Airbender is Getting a Fan-Made Musical

Performed in the August of 2002, this musical features 22 musical numbers. In an unusual twist, many of the anime’s voice actors reprise their roles for this musical, rather than the standard practice of casting new actors to play the characters. Junko Takeuchi reprises the role of Gon, Killua is played by Kanako Mitsuhashi, Hozumi Gōda reprises the role of Leorio, Yuki Kaida plays Kurapika and Hisoka is played by Hiroki Takahashi. These choices make the play feel much more connected to the source material than other anime musicals, which helps make the show more immersive.

The show features some fantastic costumes, really capturing all of the style and color of the source material without looking overly goofy and without restricting the actors’ movements. Gon really looks like he’s been ripped directly from a page in the manga, especially as Junko Takeuchi has fantastic facial expressions that perfectly capture the rollercoaster of emotions Gon is sent on during the show. While the show’s staging is pretty simple, especially compared to modern shows, it’s functional and uses light and shade in clever ways to set the atmosphere. A multi-level stage also allows for some unique scenes and choreography during the musical numbers. The combat sequences are similarly basic, but they do the job and convey the needed sense of action and urgency that the plot requires.

Related: Death Note’s Musical Is the BEST Way to Enjoy the Story

However, it is the music that steals the show. Each song is well composed with a nice mix of up-tempo numbers and moving solo ballads. Several of them are total earworms, especially the show’s sing-along closing number, “Let’s Go,” and the fantastic, show-stopping villain song “The Answer Is Here.” While many anime musicals only release a DVD of the performance, Hunter × Hunter: The Nightmare of Zaoldyeck got a full soundtrack release, which shows just how well-composed the music is, putting it a cut above other anime stage shows.

This is all tied together by the fact that Hunter × Hunter just works well on stage. The character dynamics at play and the clever dialogue are enjoyable even without the flash and polish of the manga or anime. You can’t help but be sucked into the story of this unusual rescue attempt and its meditations on the nature of destiny, family and friendship. Because of this, Hunter × Hunter feels like a good play in its own right, rather than a throw-away tie-in show that is performed and then forgotten.

Hunter × Hunter: The Nightmare of Zaoldyeck is an excellent addition to the Hunter × Hunter franchise and an amazing anime musical. Seeing the voice actors reprise their roles in live-action is fantastic, and they’ve been given plenty of great songs to work with. The show captures what makes Hunter × Hunter so enjoyable while also tweaking it to work as a stage musical.

Jonathon Greenall is a writer, artist, and analog game designer who has been a lifelong anime fan. I’ve done everything from being a tour guide, events co-ordinator, barista, and a store clerk. I’ve also written for several different websites and have published poetry. Outside of writing, I’m a lover of tabletop RPGs, LARPing and any other hobby where I get to act like an elf.